I started reading comics at a young age and got my hands on early issues of Uncanny X-Men,Star Wars, Avengers,Iron-man,TeenTitans,Batman,The Incredible Hulk,Amazing Spider-Man and Daredevil to name but a few.Those titles left a large imprint on who I am and even today I find myself returning back to the titles I once loved.

Needless to say, I was a fan boy early on thanks to my Uncle’s extensive Marvel Collection.Once I started really getting into comics and deciding what I liked, guys like Todd McFarlane, Jim Lee, and Rob Liefeld came onto the scene and I was hooked!Image Comics started and I started to look at comics outside the mainstream which pointed me to Hellboy,Madman,The Crow & Scud.Then like a dark cloud descending upon my local comic shops Magic:The Gathering came and what was once a safe haven to talk comics soon became the very place we felt unwelcoming stares. I was cast into the wilderness during the rest of my high school years only to pursue other geeky endeavors. 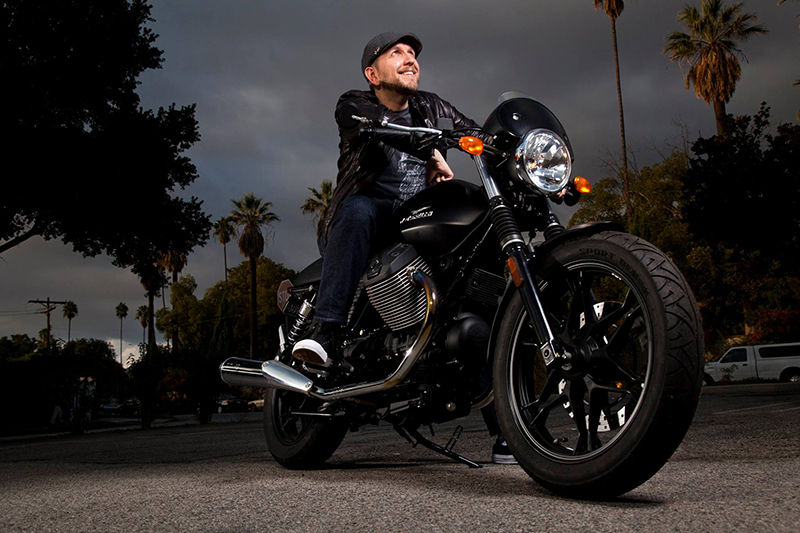 The Summer of 2001 brought many new things to me. I had lived in Los Angeles for a year and needed to get a weekend job while in school.That was when I became a Comic Shop Weekend Manager and I was once again hooked. When I am not diving face-first into comics and coming up with new digital content for the site I am busy pursuing my other loves including acting,writing,music,film,video games,photography,fencing,motorcycles oh and my other project Anoraks Anonymous!