Cosplay Girl of the Month: January 2009

One of the features we do here at Comic Impact is the cosplay girl (NO anime, manga, role-playing games just comics) of the month, that’s a right hot girl dressing up like your favorite super- hero characters. So here is the first Cosplay Girl of the Month. Remember to add Jesse aka Amaya to your myspace and wish her a late Happy Birthday. 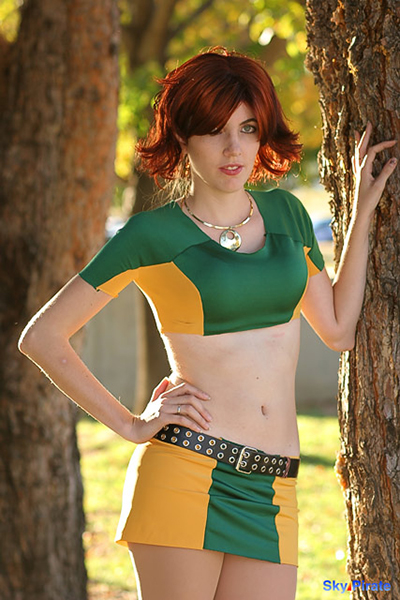 1. -What is your name?
My real name is Jesse, but hear abouts on the internet, I generally go by Amaya. There’s just so many Jesses out there that it’s hard to tell the difference!

3. -Do you read comics and if so what do you like to read?
Definitely! Even though sometimes my pocket book wishes I didn’t, I’ve always been a Marvel girl with a main focus in Xmen and a dabbling in Vertigo and Topcow though I’ve branched out since then thanks to the suggestions of friends and have now branched the ‘Marvel Vs DC’ realm and read both avidly- happily! I can remember convincing my mother to drive me up to the comic book store which back then was a good 30 minutes away.

Now that I live in the Dallas Area, my list has grown considerably. I also really enjoy alot of the off beat stuff- Fables [Vertigo], Freak Angels, and Ana Mercury[both from the very awesome Avatar Press] Some of the other titles I read are X-Force, X-men Noir[It’s new, but oh-so GOOD] Wonder Woman, Green Arrow/Black Canary, and of course Uncanny X-men.

6. -What got you into cosplay?
Well, I’d always had a love for costumes- from Civil War reenactment in my small town when I was in middleschool/highschool to Renaissance faires, once I found out about conventions and people dressing up as the characters I love from the comics, shows, and movies… it was hard not to get into cosplay!

7. -If you do more then one character witch one is your favorite and if do only one do you have some ideas for more costumes?
If so what is it. I’ve done so many costumes recently that it’s sometimes hard to keep up, but some of the recent ones are Zatanna, Marvel Girl, Scarlet Witch, and Aphrodite IX. There’s definitely alot more plans in the works this year including Madame Mirage, X23, Pixie, Speedy, Snowbird, and Cinderella from Fables. There’s alot more but I wont bore y’all with all that.

8.-How long does it take for you to make a costume?
Depends.. Most the time It doesn’t take me more than a few days, though for more extravagant things naturally take alot longer. But really- I work pretty quickly. Probably the result of too much procrastination! 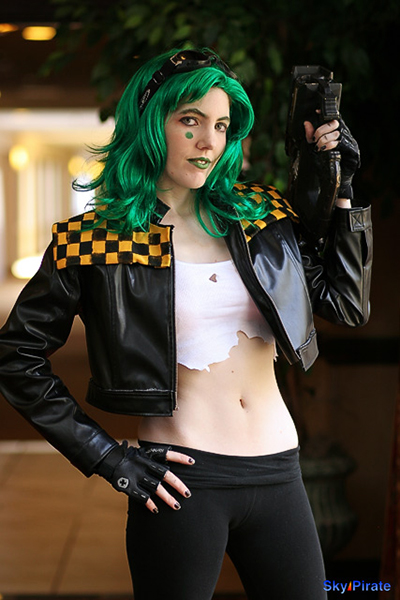 9.-Have you meet any of the artist or writer that your costume is base on there work ?
A few! Hopefully now that I’m starting to branch out of Texas I’ll get to meet a few more of them. I have met a few artists and then been inspired to do costumes based around their renditions of the characters I love.

10.-Do you buy any toys, bust and etc  base on some of your favorite costume ?
Oh gosh, do I. Half my time at conventions is spent finding figures, busts, statues and anything I can get my hand on. It’s not always the characters I’m dressed as though, but often it is since they’re most often my favorite characters.

11.-So do people know you dress up like a comic book hero on your free time?
yep! Maybe I’m just strange.. but I certainly don’t hide the fact that I spend my spare time working on costumes. Especially since my major is Fashion design, they tend to notice things like when I come in with outside projects that aren’t silk or wool but Spandex and vinyl. I think alot of how people treat you and your hobbies has to do with how confidently you share it- act ashamed and on a whole most people are going to find what you do shameful. Besides- now days with comic movies being as popular as they are, it’s a whole lot more acceptable a hobby too, I think.

12.-What is the funniest thing that has happen to you at a convention?
The funniest thing? Man.. There’s a whole book of these if I thought about it long enough. Really… everything I can think of is a funny moment, but I guess if I narrowed it down it’d be at a local convention this last august during the contest.. things were moving a bit slow as always, so eventual shennanigins unfolded.

13.-Do kids come up to you and think you are the real life character?
Occasionally, but only a few.. really alot of the costumes I have are a bit more obscure than the characters kids know. Though one time a little girl told me I was her favorite when I was dressed as Marvel Girl. Made my day.

14.-What do you like to do when you’re not costuming such as other hobbies ?

Well, with going to school for fashion design I don’t have too much time for hobbies but when summer time hits I do alot of going out on the lake to Jet Ski and Rock climbing. But really- most of my hobbies revolve around comics or costuming. 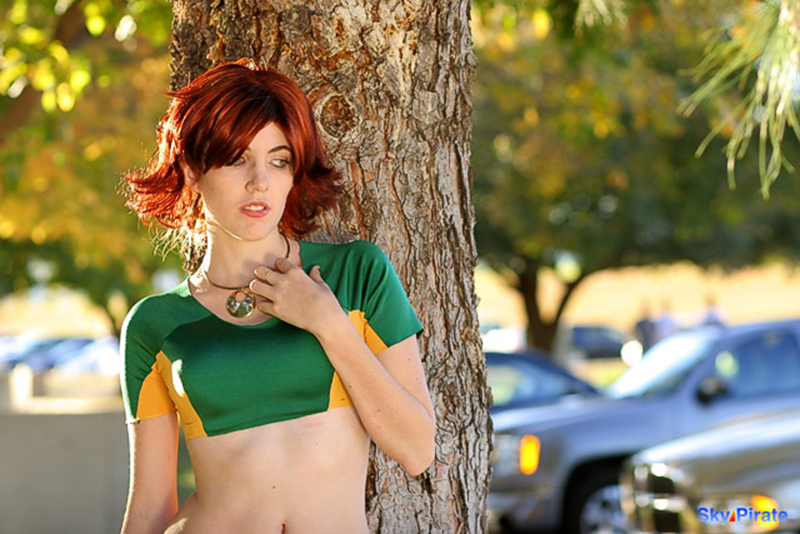 Thanks you one more time Jesses aka Amaya.