Cosplay Girl of the Month: February 2009

One of the features we do here at Comic Impact is the cosplay girl (NO anime, manga, role-playing games just comics) of the month, that’s a right hot girl dressing up like your favorite super- hero characters. So here is are new Cosplay Girl of the Month. You may have seeing her in the pages of Wizard. 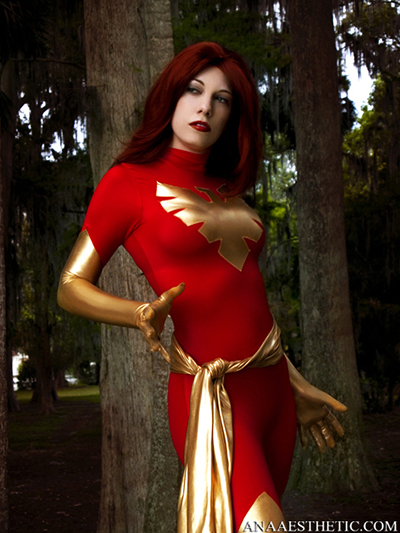 1.What is your name ?
My real name? Meredith. I started going by “Ana Aesthetic” in my last year of college, when I thought I was going to be a world famous reporter and didn’t want my colleagues thinking I was a pervert or something for dressing up. Plus, it’s always handy to have a secret identity in the news industry ;D

2.How old are you ?
Old enough to know better, young enough to do it anyway.

3.Do you read comics and if so what do you like to read ?
Yes. Carl Hiassen.

4.What is your favorite comic book character ?
Jean Grey / Phoenix and Harley Quinn, I love them both equally.

5.What are your favorite artist or writer ?
I love Michael Turner because he brought so much life to Supergirl and really, everything he ever drew. Also, Mike Choi is someone I’m keeping my eye on. His stuff with X23 and X-Force is freakin great! There have been so many excellent writers, anything Chris Claremont and Garth Ennis write I will pick up. Hell, David Lloyd, Joss Whedon, Brian Michael-Bendis – these guys are just great! That’s not a fair question to ask!

6.What got you into cosplay ?
I thought it would be fun to dress up as characters I like.

7.If you do more then one character which one is your favorite and if do only one do you have some ideas for more costumes?If so what is it
It’s like asking me which is my favorite comic book character. Depending on the day, any of them could be my favorite – I only dress up as characters I like and feel a connection with

8.How long does it take for you to make a costume?
Anywhere from one afternoon to one month. I’ve been dying to do a classic Ms. Marvel since before I did my black and gold lightning Ms. Marvel, and found myself with the materials one afternoon – so I made it! Right now, I’m working on an anime costume which has taken the better pat of two months to complete. 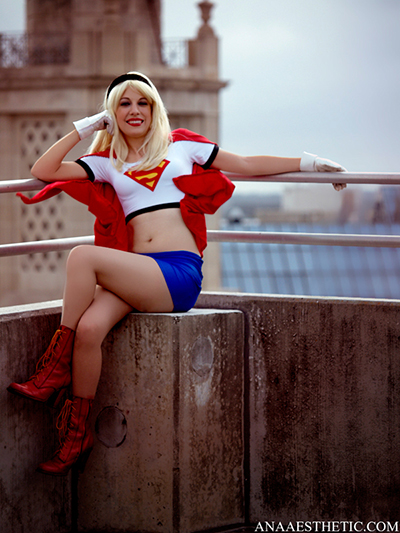 9.Have you meet any of the artist or writer that your costume is baseon there work ?
Actually, that’s a pretty funny question. I made this Harley Quinn costume for Halloween in 2007, and ended up wearing it to a Japanese animation convention where one of the inker’s for the old Harley Quinn comic was at. While running around, I stopped by his booth to fan girl over him, and he mentioned how my costume was inaccurate: I hade sewn the sleeves on backwards. I gave him a nice, evil smile and proclaimed in my best Arleen Sorkin-style voice, “Let’s see what you can do in two days and with a bottle of vodka!” We had a great laugh. It was really cool :).

10.Do you buy any toys, bust and etcbase on some of your favorite costume ?
I used to – I once managed a comic book store and had the hookup on all the latest toys and merchandise. But, I ended up loosing all my precious treasures after my roof caved in during some shoddy housework on a place I was renting. I don’t put as much money into collection as I used to;but if I see an action figure or a piece that I really want, I get it.

11.So do people know you dress up like a comic book hero on your free time?
That all depends on who’s managed to crack my secret identity. I think — or I hope — most people think I’m still just mild mannered reporter

13.Do kids come up to you and think you are the real life character?
I had a young boy come up to me once, at Tampa Bay’s Guavaween, and give me a flower while I was dressed as Dark Phoenix. He told me not to be sad anymore!

14.What do you like to do when you’re not costuming such as other hobbies ?
I read a lot of comics ;D My fiancé and I hit the comic store every Wednesday to pick up our books. I also love to vege out and play video games and watch TV. I’m pretty much a hom-ebodey these days. Good friends, good food and good wine make the perfect evening for me.

Thanks you one more time Ana Aesthetic. 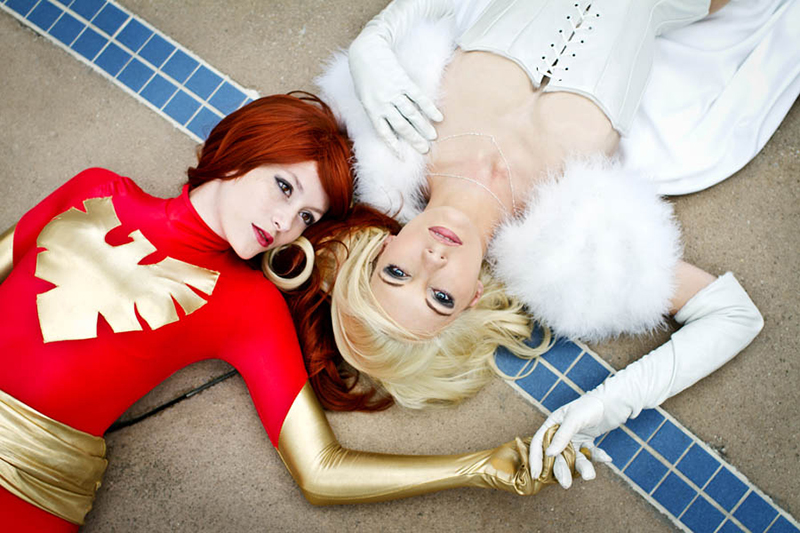