Cosplay Girl of the Month: October 2009

One of the features we do here at Comic Impact is the cosplay girl (NO anime, manga, role-playing games just comics) of the month, that’s  right hot girls dressing up like your favorite super- hero characters. This month we have Tia Rodemeyer, from Iowa. Find out about Tia’s love of X-Men and Star Wars. 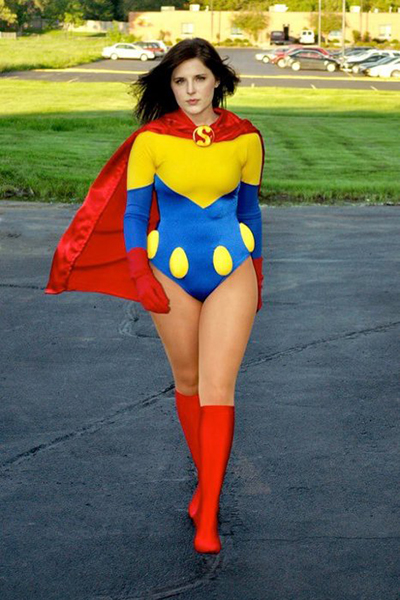 1. What is your name ?
Tia Rodemeyer

3. Do you read comics and if so what do you like to read ?
Yes, I do. I’m a strict and loyal X-Men fan, so I read all the current X-titles, and all the older X-Men stuff, save for the Wolverine solo books. I’ve dabble in a few ‘non X-books’, like Nextwave: Agents of H.A.T.E, Freakangels, and some Deadpool, but I always come back to my favorite mutants.

4. What is your favorite comic book character?
Oh, heck. I hear this question a lot in regards to the X-Men, and I’d have to say, when he’s written well, it’s Nightcrawler.

6. What got you into cosplay?
Frankly, I can’t remember! I think I may have just stumbled across some X-Men costumes on eBay, got curious, did some research…and the rest is history!

7. If you do more then one character which one is your favorite, and if you do only one do you have some ideas for more costumes?
I think my favorite character to portray is Princess Leia. People ALWAYS recognize her, and really love her. It never gets old, and it’s one of the few costumes I can wear around Iowa and be still recognized. Plus, it never gets old hearing ‘Nice Buns!”.

8. How long does it take for you to make a costume?
Yeesh. Well, I’m an extremely talented procrastinator, so I will sew off and on for an entire year, and still be working until the last minute. I also tend to work on too many at once, and that always causes it to take longer to finish a single costume. If I didn’t procrastinate, I think I could get one done within a week, easily…but that’d never happen! 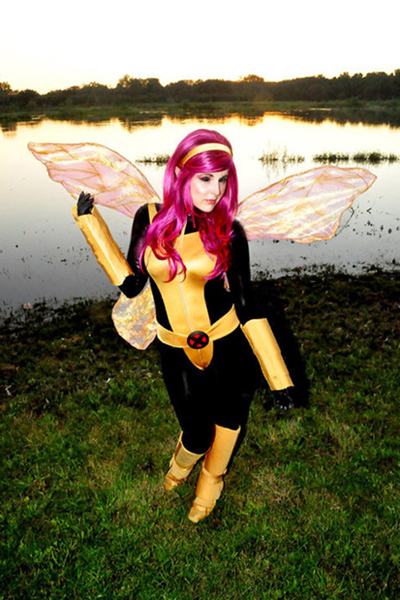 9. Have you met any of the artists or writers that your costume is based off of their work?
Not yet, but next year I’m basing some costumes directly off of Mike Choi’s work, so I hope I’ll get a chance to show off a bit to him.

10. Do you buy any toys, busts, etc., and base some of your favorite costumes on them?
I buy TONS of toys, and I’m also broke as a result of it. I’ve never based any of my costumes off of a toy- yet! I tend to costume as lesser known or original characters, so there aren’t really a lot of toys or busts of costumes that I’d like to do.

11. So do people know you dress up like a comic book hero on your free time?
Haha! Yes, they do! It still boggles my mind that people actually consider what I do ‘cool’. Costuming isn’t very prevalent in Iowa (not surprising) – and I’m one of VERY few people around here that does it, so people find it interesting because they’ve never heard about it before. I’ve gotten a lot of requests to show up to work in costume! I also can’t even tell you how many times I’ve had to explain what a ‘comic-con’ is.

12.What is the funniest thing that has happened to you at a convention?
Oh, there are many! One particular comes to mind from Chicago Comic-Con this year. I was dressed as a Twi’lek Jedi, and a gentleman asked me for a picture. I gladly said “Yes”, of course. Then, he said he wanted to pose it so he was kissing my lekku in the picture, and I was to be making a very “swooning, lovey face”. I was fine with it, but I have a feeling more than a few Star Wars fans have a strange fetish like that about Twi’leks.

13. Do kids ever come up to you thinking you are the real life character?
As Princess Leia, yes. At one of my first 501st events, a child came up and asked if we were the ‘real characters from the movie’.  I was still new, so I had absolutely no idea if you were supposed to lie to a child and tell them yes, so they can believe that “Star Wars” is real, or tell them no, because lying to a child is probably wrong. I forwarded that question to our local Vader…come to find out, the correct answer is: “No – we just look like them”.

14. What are your other hobbies when you’re not costuming?
Ah….well, this hobby pretty much takes up all of my time. Anything else I do is usually a variation on costuming. However, hemming pants for friends (as soon as they find out I can sew) has become somewhat of a hobby, unfortunately. 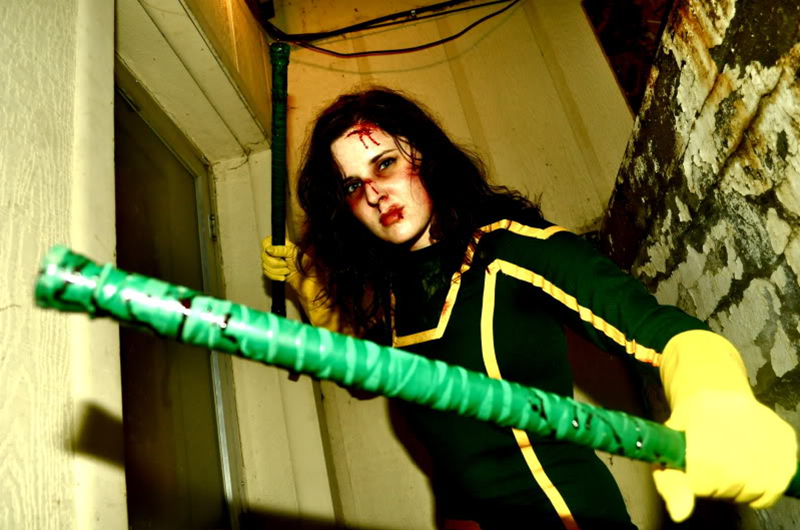