Cosplay Girl of the Month December: 2009

One of the features we do here at Comic Impact is the cosplay girl (NO anime, manga, role-playing games just comics) of the month, that’s  right hot girls dressing up like your favorite super- hero characters. This month we’re privileged to have Meghan as our Cosplay Girl of the Month! 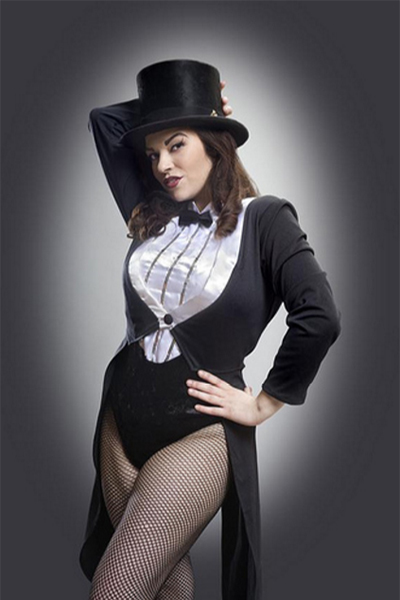 1. What is your name?
Taffeta Darling

3. Do you read comics and if so what do you like to read?
Absolutely I do.  It varies. I’m a  big DC fan. I have been following the Blackest Night saga. On the marvel side, I’m an X-men gal. I love anything to do with them. I watch the old 1990’s animated half hours regularly. My favorite of the year though is Stephen King’s THE STAND. My favorite novel of good versus evil crossing over to the comic medium has thrilled me this year. Also this year i’ve followed Poe, Werewolves on the moon vs the vampires, Stephen Kings: Fall of Gilead,,Batman and Robin, Tales from the Crypt, Creepy Comics, Green Lantern, Dark Avengers and a few  more.

4. What is your favorite comic book character?
Jack Russell / Werewolf by Night. I didn’t start out reading super hero comics. I’m a monster fiend at heart. I started with  Archie comics and then Sabrina the Teenage Witch and eventually  found the Legion of Monsters. It was a real treat to have him back this year in Dead of Night.  I also have a thing for Prince Namor. My custom purse and necklace makes it so.

5. Who are your favorite artists or writers?
I appreciate all artists. However, Jim Lee, Mico Suyans,  Ethan Van Sciver and Adam Hughes come to mind. I read recently from Adams deviant art page we’ll be getting a little Selina Kyle back with a Blackset Night tie-in come 1/13/2010. YES!

6. What got you into cosplay?
My love of pinup and comics. I already do pinup modeling. So naturally taking some of my favorite characters and doing them in that style was the nest step. I have plenty of fun with it.

7. If you do more then one character which one is your favorite, and if  you do only one do you have some ideas for more costumes?
So far Zatanna is my favorite to do. Lots of things can be done with a deck of playing cards, top hat and a little magic. I am currently working on my Black Queen costume, hopefully to debut at Comicpalooza- Houston, or All-Con -Dallas. I’m in cahoots with an amazing group of guys that do their own comic ,Neither Noir  to assit me with Poison Ivy fountain recreate from the Widening Gyre. [ So hot.] That’ll mostly be in print as I don’t think  I cant stand to walk around  the conventions in just a leaf thong. Although not a comic, Velma is my third for next year. 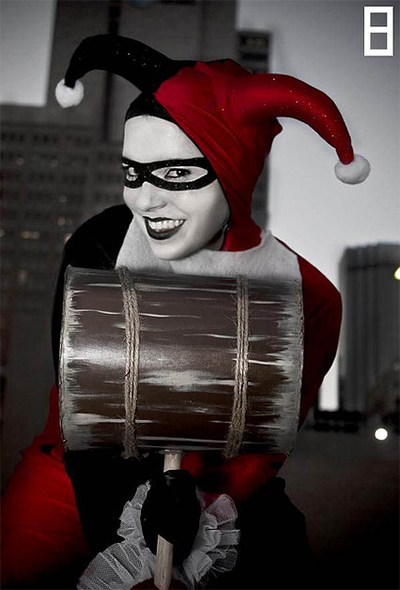 8. How long does it take for you to make a costume?
Usually a week or so. I bought the offbeat Harley unitard and had help from Tiffany Diamond to sew the little extras on it. The Zatanna is a halloween costume tweaked a little.  Usually these costumes are my takes on the character or pay homage to an artist I like but I in no way play them to the “T”.

9. Have you met any of the artists or writers that your costume is based off of their work?
I have not. Usually at conventions I am buying and shopping. Most of my costumes are done in print. 2010 will be my first time going public with the costumes.

10. Do you buy any toys, busts, etc., and base some of your favorite costumes on them?
My Black Queen is based of the bust of Adam Hughes Black queen.  She’s just so freaking hot. I havea  whole kitchen dedicated to monsters, super heros, villains and simpsons. Wonder Woman spins around constantly.

11. So do people know you dress up like a comic book hero on your free time?
The people who care to pay attention. I’ve never kept it  secret.

12. What is the funniest thing that has happened to you at a convention?
Over buying within the first hour. Then I’m stuck carrying busts, books and “Wolfman canes” which usually lead to me tripping or falling. I have no grace.

13. Do kids ever come up to you thinking you are the real life character?
Not really. I was doing some silly Wonder Woman images in Fort Worth and had a couple ask to take their picture with me. I’m pretty sure they knew I was not the real deal.

14. What are your other hobbies when you’re not costuming?
Listening to music and making one of a kind purses and necklaces through my etsy store. Nochededuelo.etsy.com

15. Great do you have a website or a MySpace so people can contact you?
I have a MySpace,- myspace.com/mysillygirl. My blog usually has my latest photos and opinions on various things- 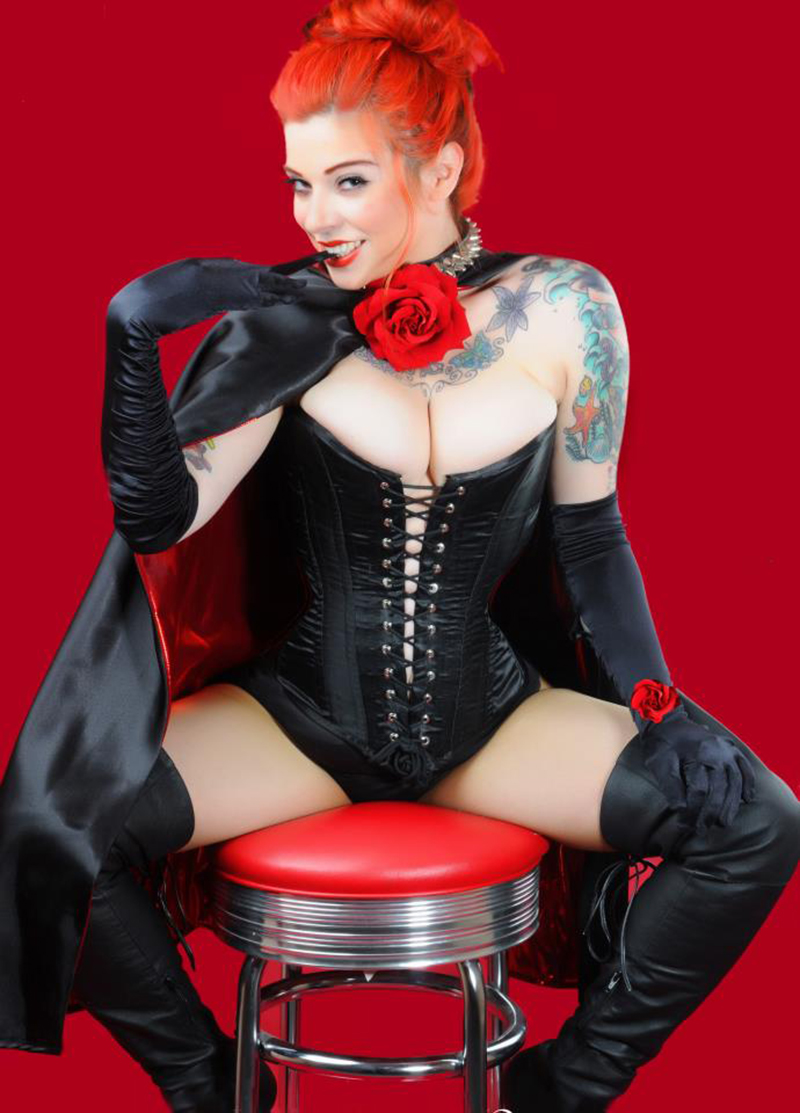