I initially thought the task of compiling a list of the best in comics and related art books released in 2009 would be relatively easy. Boy was I wrong. We saw a wealth of amazing output from the indie press, mainstream publishers and collected works of illustrative artists of the past and present.2009 has been a fantastic year overall for sequential art, the best of the last several, with my only real problem being finding the time (and money) to take them all in.
So without further ado here is Part I in my two-part series for the Best Comics and Comic-Related Releases of 2009… 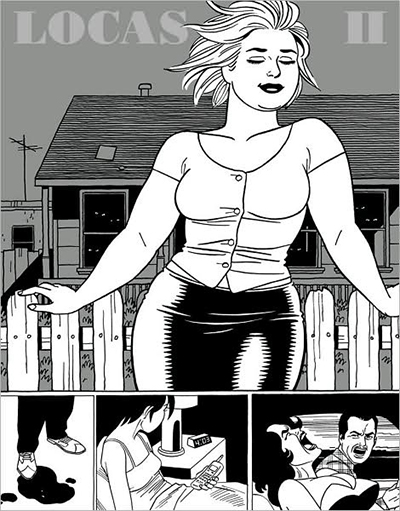 For me this is the easiest and most obvious choice for the Best of 2009 list. Picking up where the prior Locas volume left off, this deluxe hardcover presents over 400 pages of Jaime Hernandez’s Love and Rockets stories focusing primarily on his beloved characters Maggie, Hopey and Ray. Jaime’s beautifully humane and realistic storytelling combined with his wonderfully sharp line work and inking demonstrates an artist firing on all conceivable creative cylinders. Simply stated Jaime Hernandez, along with his brother/Love and Rockets co-creator Gilbert, are the two best cartoonists of their generation. Locas & Locas II are absolutely indispensable to the bookshelf of any true sequential art fan. If anyone is interested in knowing how comics have come to earn its relatively recent acceptance as real literature, there is no better place to look than right here.

Given the notorious reputation some associate with cartooning master Robert Crumb’s work, some may expect his adaptation of the Book of Genesis to be shocking and irreverent. In truth, anyone expecting the source material to be disrespected in any way could not be more wrong. The book itself, representing four years of work, is an astoundingly faithful retelling of the stories from the Old Testament, containing every single word from the Book of Genesis.

This is not to say that this book is appropriate for all ages. Sex and violence are, of course, plentiful in many Biblical tales and such things are visually represented here as well. Crumb’s detail heavy yet highly fluid and expressive artwork is astonishing to behold, even to those already familiar with his meticulous work. You don’t have to be a believer to recognize that this book is not only an instant classic, but also a high water mark for the medium itself. 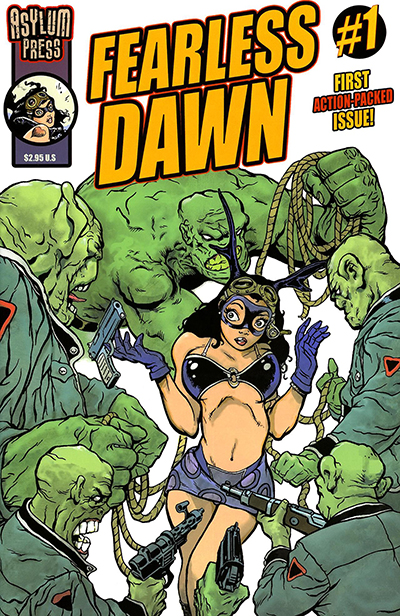 Steve Mannion’s gorgeous and mayhem-loving character Fearless Dawn, first appearing in the pages of the mini-series The Bomb, gets her own title and it proves itself every bit as entertaining and over-the-top as we could expect. Clearly inspired by Dave Steven’s sultry space vixens and The Rocketeer, Dawn has an adventurous feel that is simultaneously nostalgic and completely modern. A slice of colorful pure pop fun that is all too rare in today’s comics.

Grant Morrison’s 1989 Batman graphic novel Arkham Asylum is one of the major reasons I returned to reading comics avidly in my teen years, so naturally I am completely onboard whenever he returns to the character. Debuting in 2009, Batman and Robin proves itself to be every bit as brooding, demented and action-packed as one would expect from Morrison and his collaborators and I for one am very grateful for it. Creating extremely bizarre and original villains is a Morrison hallmark going back to his Doom Patrol days and Batman and Robin proves itself no exception. The second story arc of the series introduces the flamboyant and highly psychotic character The Flamingo.

Though we are not given an origin tale for The Flamingo, who rides a pink motorcycle and has an unusual penchant for eating the faces of beautiful women, perhaps this is one character’s back-story we are better off not knowing.

Horror comics in America went into a kind of near stasis following their neutering in the mid-1950’s at the hands of government supported censorship and the rise of the dreaded Comics Code. That began to change in 1964 as publisher Jim Warren launched Creepy followed two years later by Eerie. These black & white comics magazines were free of the restraints of the Comics Code Authority and the creative freedom that came with such a thing is evident in the work itself. Warren and editor Archie Goodwin recruited not only top talent from the defunct E.C. roster, but also the best of the new generation of comic creators. These long running titles are now being collected and lavishly reprinted in their entirety by Dark Horse. The early issues of the original magazines are not always easy to come by and can be very pricey when they are. To have Creepy and Eerie given the long overdue deluxe, hardcover, archival treatment they so richly deserve is outstanding news for comic aficionados and horror fans alike.

If you’re looking for the most visual bang for your buck there is NO better bargain than this head-spinning treasure trove of art ranging from pulp digests, comic books, trading cards, manly men’s adventure magazines and paperback covers from almost every genre imaginable. Priced at $40 this lavish, oversized, 368-page hardcover is jam-packed with beautifully reproduced images, shot directly from the original art whenever possible. Even more remarkable is that these pop-culture masterpieces are all the work of one man: the late Norman Saunders.

This book is far too incredible and unique for just the passing mention it has here. Look for a full appreciation of it in an upcoming installment of Sequential Sunday. 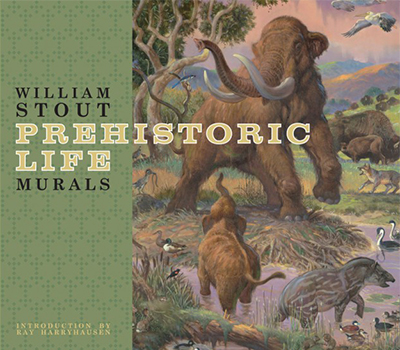 Though William Stout has worked in many different mediums, from film production design to comic books to album cover art, he is perhaps best known and acclaimed as the world’s pre-eminent dinosaur artist. This shines through and through in the beautiful new book Pre-Historic LifeMurals.

This incredible 144-page hardcover contains all of Stout’s knockout murals for Disney World’s Animal Kingdom, the San Diego Natural History Museum, and the Houston Museum of Natural Science. Once again Stout proves himself to be the John James Audubon of pre-history, presenting these long extinct creatures in such a naturalistic way that you’d swear he must have been able to observe them firsthand. I was very lucky last year to see some of the smaller scale preparatory paintings for the murals in person and though they were a fraction of the size of the finished pieces, they were still massive, detail-heavy and awe-inspiring. This year I look forward to seeing as many of the finished murals firsthand as I can.

Whew! There was a lot of great material to absorb in 2009, so please join me again next Sunday as I continue with Part II of my picks for the Best of 2009. After all, I couldn’t offer up a list like this with a clear conscious without mentioning Criminal (hey, Sheldon, I’m finally reading it and it is amazing!) Until next time…