Cosplay Girl of the Month: January 2010

One of the features we do here at Comic Impact is the cosplay girl (NO anime, manga, role-playing games just comics) of the month, that’s  right hot girls dressing up like your favorite super- hero characters. This month we’re privileged to have Meagan aka VirtualGirl. Found out how her love of video games got her into Cosplay. 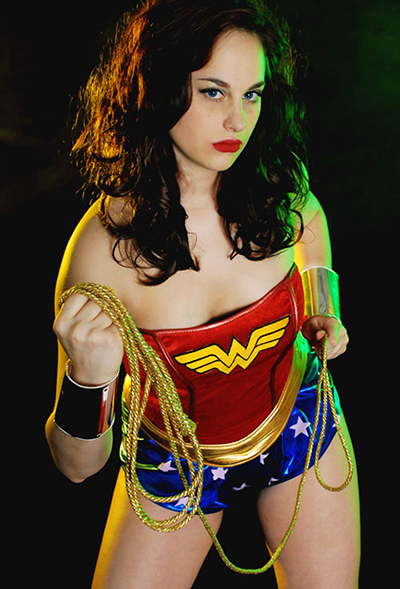 1-What is your name?
Meagan VanBurkleo, but I go by VirtualGirl on the interwebs.

3-Do you read comics and if so, what are your favorite titles?
Yes, I love to read comics! I am a bit of a Top Cow and Aspen fangirl. My monthly pulls include Witchblade, The Darkness, all the Soulfire books, Executive Assistant Iris and Shrugged. Additionally I pick up anything with Aphrodite IX or the Magdalena in it. I also am a fan of Wildstorm and Vertigo and am currently catching up on some Gen13 and The Authority. My Vertigo books include Air, Fables, House of Mystery and Unknown Soldier. I am also a fan of the Anita Blake books, Mercy Sparks, Scott Pilgrim, Wanted, The Umbrella Academy, Demo and Buffy. Oh, and anything by the Luna Brothers.

4-What is your favorite comic book character?
I would have to say Sara Pezzini, the current Witchblade bearer. Not only was she originally illustrated by the late Michael Turner, but she is an oddly grounded character. She is strong willed, athletic and beautiful and has the capacity to go on with her daily life even as the world crashes down around her. I especially like the side brought out of her in the recent story arc by Ron Marz. The guy is genius.

6-What got you into cosplay?
I first got into cosplay in 2006. I have been playing video games my whole life, but up until that time I was a solo gamer. I never ventured online to post on forums in order to keep up with the latest news or chat with other gamers. Ironically, my only method of keeping up with the video game world was in my issue of Game Informer each month, and now I work for them! When I started slowly working my way into the online world, I began to join video game enthusiast groups and make friends with fellow gamers.

This is where I was first introduced to cosplay. Many of the female gamer friends I made online dressed up as their favorite fictional characters and frequented conventions. As soon as I found out what it was, I was hooked. I can still remember idolizing some of the girls for their fantastic talent and accuracy in portraying their characters. 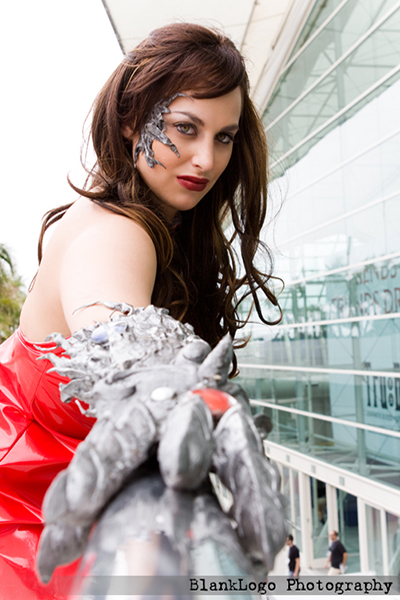 Looking back, I had unknowingly been cosplaying prior to my introduction to the hobby. At that point in time I had several years of modeling under my belt – something I did for fun and to create unique images. Part of the draw to modeling for me had been the thrill of stepping out of my shoes for a period of time, to be something or someone else. I slowly started putting together themed shoots. One as an Ice Queen, and another as a Harem Girl were my first real experiences in “costume play.” After I was introduced to the world of cosplay formally, I knew I wanted to take it to a whole new level.

I started off rather tentatively. Lara Croft seemed like the most appropriate costume for me to start with, as I will sadly admit that I pretended to be her more than once without occasion when growing up. Her costume was easy enough, but looking back it was not nearly as successful as I though it was at the time. Still, I had a blast wearing it to my first convention, where I was one of only two people to dress up. I still have not professionally photographed the costume, because Lara Croft is one of my video game heroes and I can’t bring myself to document my work till it is perfect.

Things have increased at an exponential rate from there. Next I moved onto a Wonder Woman costume. I bought the official DC Comics ensemble, and modified it to make it look a bit better. I am slowly learning how to sew and create props, so my costumes are getting more ambitions with time. Now, I cosplay every chance I get. I currently have over a dozen costumes completed and twice as many on my to-do list. I try

If you do more then one character which one is your favorite and if do only one do you have some ideas for more costumes?
I have several comic book related costumes. Currently I have Wonder Woman, Zatanna, Aphrodite IX, Witchblade, Soulfire, Poison Ivy and Sydney Savage under my belt. I am in the process of completing another Witchblade costume as well as Madame Mirage and The Magdalena. I also plan on making a Silk Specter and Black Canary costume sometime this year.

7-How long does it take for you to make a costume?
Anywhere from a few days to months and months of work. Sometimes I choose to cosplay as a character because I have most of the components already from different costumes. This is called closet cosplay. Black Canary is going to be a closet cosplay for me because I have everything except the leotard. Other costumes, such as Witchblade and Soulfire, have taken months to complete. Then there is the cost…ugh…

8-Have you meet any of the artist or writer that your costume is base on there work?
I had the chance to meet Michael Turner in 2007 and specifically created my Soulfire costume to show him at SDCC in 2008. Sadly he passed away before I got to debut it at the show. However, I have met Adam Hughes and had him sign my Catwoman cover recreation. That was pretty awesome!

9-Do you buy any toys, bust and etc  base on some of your favorite  costume ?
I do. Once I cosplay as a character I become addicted to the merchandise. I am eyeing down some new Adam Hughes inspired DC sculptures and already own way too many Witchblade toys, busts and figures.

10-So do people know you dress up like a comic book hero on your free time?
They sure do! I don’t hide it from anyone. Even my parents think it’s kinda cool. My mom even helps me sew costumes when they are too complicated.

11-What is the funnies thing that has happen to you at a convention?
I had a guy panic or something when he saw me in my Sydney Savage costume. I still to this day don’t know what happened. He just started screaming “oh-no-you-didn’t!” at the top of his lungs till everyone stopped and looked at the two of us!

12-Do kids come up to you and think you are the real life character?
When I am Wonder Woman, yes. But other than that, my characters are not well known by the youngsters. They all know Spiderman and Batman, but Witchblade and Aphrodite IX are a bit off their radar.

13-What do you like to do when you’re not costuming such as other hobbies?
I love to play video games, watch anime, read comics and do artsy stuff like draw or take photographs.

14-Great do you have a website or a MySpace?  So people can contact you?
If you want to learn more about me visit www.meaganvanburkleo.com 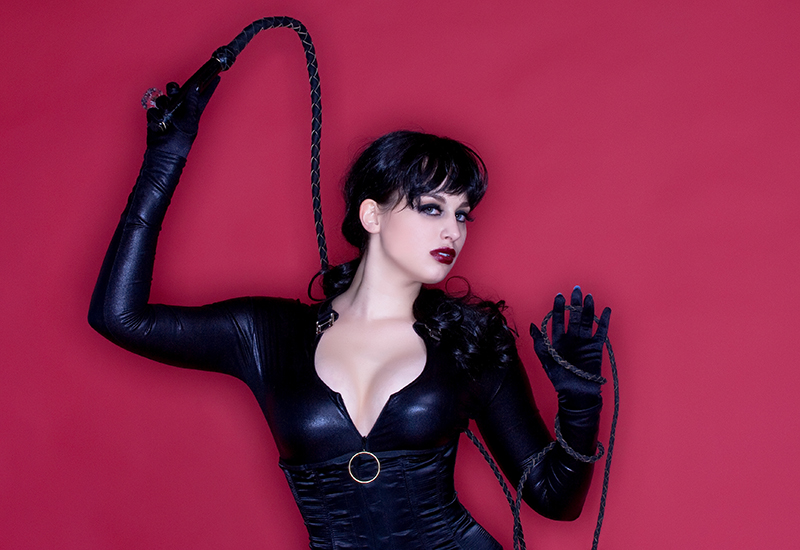