One of the features we do here at Comic Impact is the Cosplay Girl of the Month (NO anime, manga, or role-playing games… just comics). That’s right, beautiful ladies dressing up as your favorite super-hero characters. This month we’re privileged to be showing you Kearstin Nicholson. 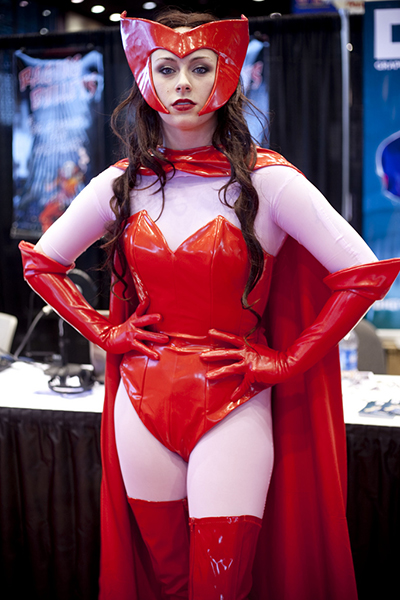 1-What is your name?
Kearstin Nicholson

3-Do you read comics and if so, what are your favorite titles?
Of course! I’m a big Marvel fan, and X-Men hold a special place in my heart, however as of late, I’ve steered away and cheated on X-Men with The Walking Dead. I’m extremely stoked that AMC took up the title and is airing their pilot on this series this year. It would be fantastic if I could get my ass down to Atlanta and be an extra as a zombie! I also enjoy reads such as The Maxx, Batman, Wonder Woman, The Avengers, and Spider-Man.

4-What is your favorite comic book character?
Jean Grey (all shades of her!) and Poison Ivy, and it’s not just because they’re redheads!

6-What got you into cosplay?
Modeling and theatre actually. The fact that I get to role play as well as ‘model’ as a character, makes actual modeling even more fun. I was already going to conventions, and I always got so jealous on how much involvement cosplayers get. The first year I did it, I never had so much fun! I’ve been doing it ever since. This was a few years back! The only thing that gets frustrating about it is how much time you DON’T get to shop at conventions if you cosplay. You’re stopped every second! I’ve learned to just not cosplay one of the days (or hell, half a day, you can’t resist!) just to give you a chance to disappear into the crowd!

7-If you do more then one character which one is your favorite, and if you do only one do you have some ideas for more costumes?
Yes! So far I have 9 costumes under my belt, working already on my 10th, 11th and 12th. I have 4 Jean Grey versions, and I enjoy wearing Dark Phoenix (comic) the most. I’m sure that will change the more I get completed on my to-do list! Speaking of, that list is so extensive, it’s both inspiring and depressing! My aspirations are bigger than my wallet!

8-How long does it take for you to make a costume?
If I make it all myself, it depends on what character it is. I’m a huge fan of spandex, so it’s not intricate of a costume to create. Wonder Woman took me a total of 12 hours spread throughout a week. Mystique took me surprisingly less than that, as I had more things to craft (her skull belt, etc). The more you learn the more you do becomes faster to complete!

9-Have you met any of the artists or writers where your costume is based on their work?
Yes! I’ve met Adam Hughes, which is who I based my Mary Jane and Mystique off of his design. Unfortunately when I met him, I wasn’t in costume, which is fine! He did sign the Bowen Statue of the Mystique design for me! *fangirlsquee* I’ve also got my hands on J Scott Campbell, which another rendition of Mary Jane is at hand. The great thing about designing a cosplay after an artist’s version, is definitely doing a photoshoot spoof of it at some point. I’ve sent Adam Hughes a couple Mary Janes! Although his favorite is Scarlet Witch, I better get on that and send him my Scarlet! <3

10-Do you buy any toys, busts and etc. based on some of your favorite costumes?
I’m a ridiculous fan of busts and statues. It just sucks how expensive they can get! If I can’t please and suffice myself with a bust/statue purchase (Bowen/Sideshows FTW!), I’ll usually buy a regular plastic toy of something I can easily get at Target/Toys R Us, or eBay. Lately, I’ve gotten my hands on a lot of X-Men 90’s toys! For newer things, I definitely buy a lot of Buzz Lightyear! 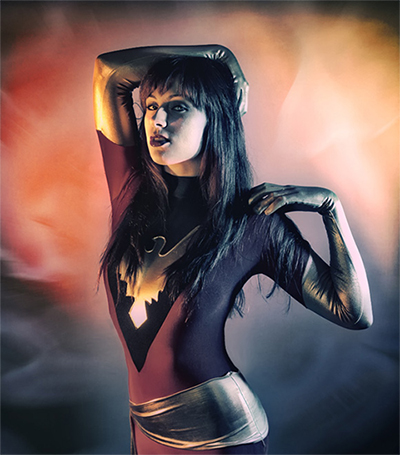 11-So do people know you dress up like a comic book hero on your free time?
Haha yes! Which can be both a great and bad thing. Although it doesn’t get in the way of my actual grown-up job, ever since I was on TV, in the newspaper and then online everywhere, co-workers get more and more interested in what EXACTLY it means to “be a superhero on the weekend”. Most of the time they thought I was kidding when I say that! Ha!

12-What is the funniest thing that has happened to you at a convention?
So far, the best thing I think that’s been entertaining to me is that I have a buddy of mine who’s been Spider-man for years. He’s KNOWN as Chi-Town Spidey. At the latest convention we had here in Chicago, C2E2, he was promoted as “Meet Spidey!” on behalf of the convention. As he was on stage at the Marvel location, and as I was out of costume, I went up to take a picture with him. Now, I’m almost 6ft tall and a bit bigger than Spidey, but for a second he asked to lift me and pose for the camera! Turns out, I was dressed remotely as Mary Jane (and I already have long red hair as is) and we steered a lot of attention. It happened so fast that I didn’t realize how adorable it was until I started seeing pictures! So, I actually wouldn’t say that was funny, but it was most definitely fun!

13-Do kids come up to you and think you are the real life character?
Haha not yet! I’m heavily tattooed, so if my tattoos are showing they’ll know I’m not real (if I don’t cover when wearing Wonder Woman). If I’m Jean Grey/Phoenix, it’s rare kids know who I am. Sailor Jupiter and Mystique so far are the only ones more recognizable. I’m sure kids will know who I am when I bust out Jim Lee’s 90’s Jean Grey. At least that’s more modern because of the cartoon! I hope! It’s so hard to be around kids when you have people like Spider-man, Rogue and Batman around you!

14-What do you like to do when you’re not costuming, such as other hobbies?
I’m a model, photographer, graphic designer, and I work two jobs! So I’m a busy bee. It gets over whelming a lot of the time, but I still manage to take a minute and realize I have lots of these hobbies to keep me sane! It’s what I love to do and wish to pursue more in the future. I also play drums, sing and play piano!

15-Do you have a website or a MySpace? So people can contact you?
Who doesn’t nowadays! I have an actual website: http://www.1womanshow.com
Which can link you to just about everything else, but the main things I use are that site, my Facebook Fanpage and Myspace:
http://www.myspace.com/ikearstin
http://www.facebook.com/pages/Kearstin-Nicholson/113355065372090 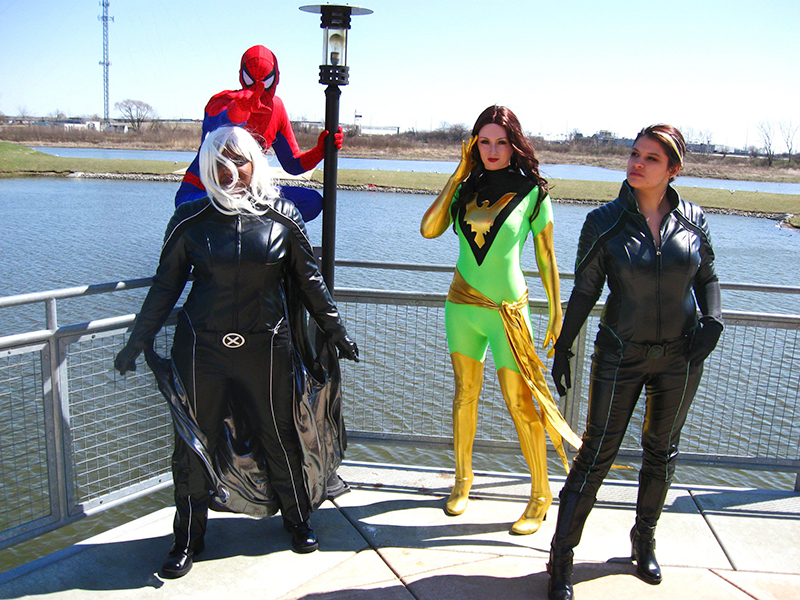