If you are someone who enjoys fun, and I know you are because you’re reading ComicImpact,  than I am sure you would enjoy Scott Pilgrim. If you don’t know what Scott Pilgrim is you will find out very soon, the film starring Michael Cera (Scott Pilgrim), Mary Elizabeth Winstead (Ramona V. Flowers), Chris Evans, Brandon Routh and Jason Schwartzman will be released August 13 2010 here in the States.

The final part of this comic book saga that I am so in love with hits local comic shops and  bookstores  TODAY!!!! Bryan Lee O’Malley has  been honored with multiple awards including the Harvey, Doug Wright, Joe Shuster, and National Cartoonists Society Reuben awards, in addition to being named Entertainment Weekly and Wizard Magazine’s ‘Independent Comic of the Year’.

Now after Six years, five volumes, and 1,000 pages, the long anticipated finale to Bryan Lee O’Malley’s hit Oni Press graphic novel series has finally arrived. What better way to celebrate then going to a Scott Pilgrim Extravaganza. Last night I got a chance to go to Meltdown Comics here in Los Angeles for their midnight release party. 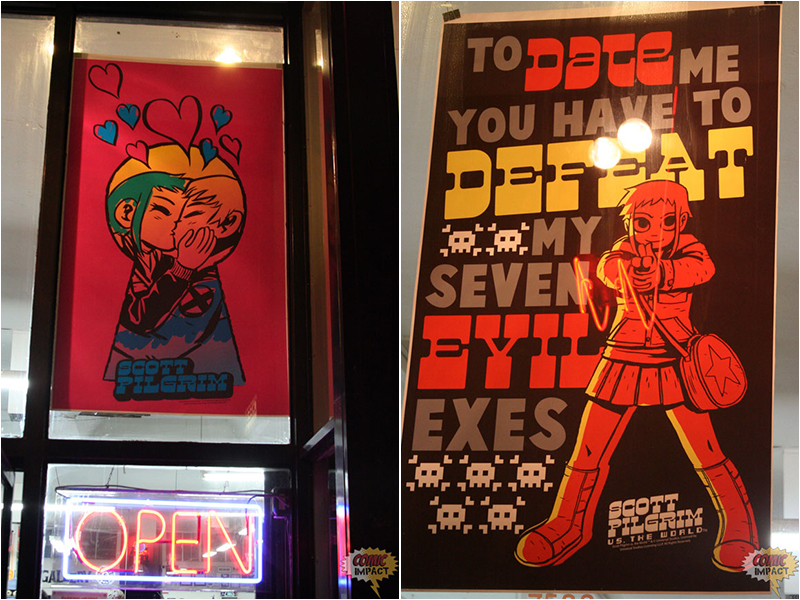 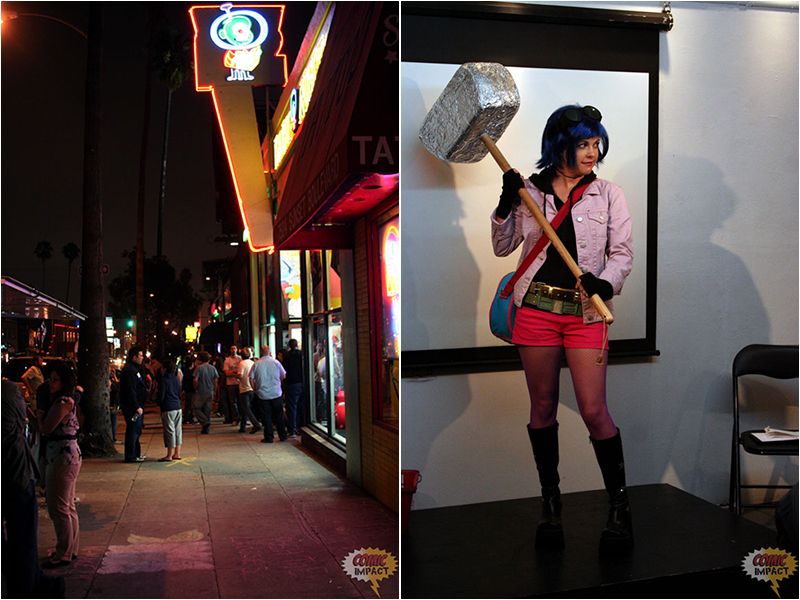 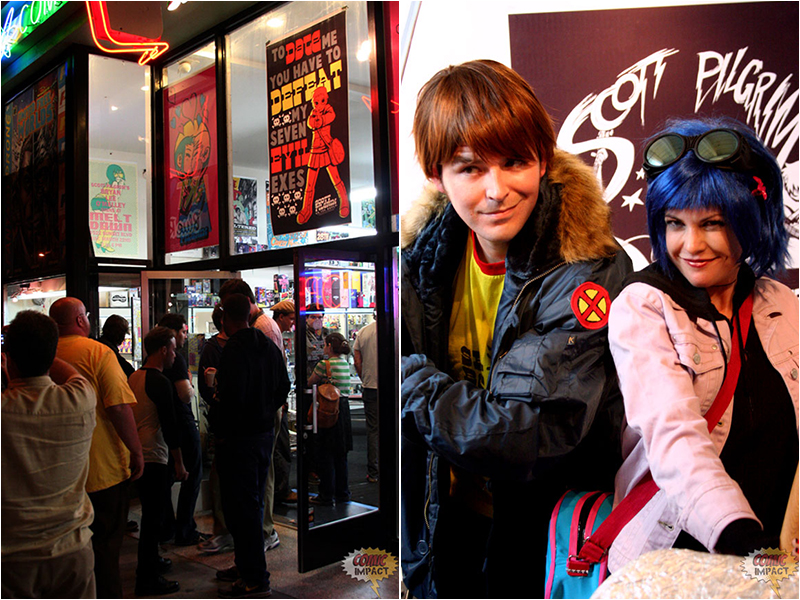 If you are not sure what I am talking about, GO AND READ SCOTT PILGRIM! And if you are not reading it, then get some help because it is the best thing in comics right now. Because you know who doesn’t enjoy fun right? ……. Nazis that’s who.