Cosplay Girl of the Month: September 2010

One of the features we do here at Comic Impact is the cosplay girl (NO anime, manga, role-playing games just comics) of the month, that’s  right hot girls dressing up like your favorite super- hero characters. This month we’re privileged to have Jen Richards  aka  as our Cosplay Girl of the Month! 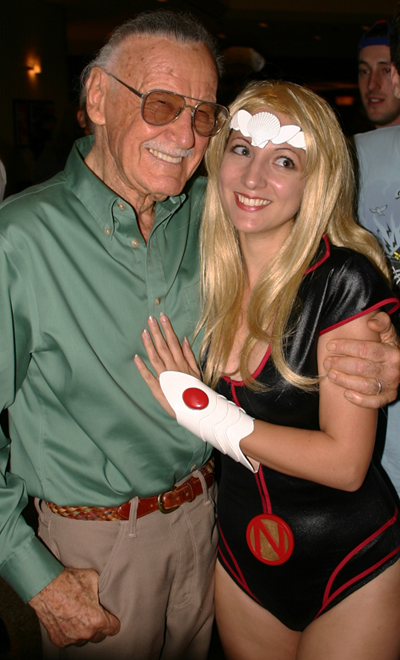 3-Do you read comics and if so, what are your favorite titles?
Hell yes I do, and asking me to specifiy is mean so I’ll go with the ones I’m currently reading and enjoying the balls off: Hawkeye & Mockingbird (durr), Thor: The Mighty Avenger, New Avengers, Atlas (I’m gutted that it’s ending at #5 but the team’s had a great run), and — breaking my rule here and mentioning one that is no longer with us — The Incredible Hercules, gone too soon. Sob.

4-What is your favorite comic book character?
Mockingbird and Hawkeye. I adored West Coast Avengers for all its ridiculousness, even (maybe because of) Master Pandemonium wielding Wanda’s mindbabies as limbs, and Bobbi Morse stood out to me as an all-round bad ass. She’s a witty, sarcastic, moody ex-S.H.I.E.L.D. biologist with no powers (other than being awesome) who doesn’t take any shit and married my OTHER favourite character – who I could rave about forever so I’ll restrain myself – so they became a nice package deal for me. I’m also a big fan of Nick Fury, Hercules, Namora, War Machine, Iron Fist, and Luke Cage. But unfortunately I don’t quite have the figure for most of those costumes.

6-What got you into cosplay?
I have no idea what it was exactly. I saw how much fun everyone else was having in costume at my first San Diego Comic Con a few years ago and wanted to join in, plus I wanted to see if I could pull off my favourite character because she hadn’t been done. Mockingbird hadn’t even been brought back into the Marvel Universe at the time I started on her classic costume, and I got such a kick out of the reactions the first time I wore it – the people that didn’t know who she was asked, so I got to tell them, and the ones that recognized the character were really surprised and excited to see it. It’s not like I could stop there…

7-If you do more than one character which one is your favorite, and if you do only one do you have some ideas for more costumes?
I’m a broken record – it’s still Mockingbird. I do both the classic and the new costume, but the new one’s my favourite of the two. I’m currently working on Namora, which I can’t wait to get done because I’ve loved the ocean all my life and she’s a total badass. I’d been planning on doing Spitfire for a long time – I’m English born and bred so she was a good fit – and was aiming for Dragon*Con this year, but time and money have all but gone to more important things so she’s been shelved for a while (maybe until she gets a new costume. I mean, really).

8-How long does it take for you to make a costume?
I make no secret of the fact that I can’t sew (oh no!). The sewing portions of things usually get delegated out to friends who take commissions or somebody local. I don’t really consider myself a “costumer” – I just love comics, want to represent the characters I like as best as I can and help get more people reading the books – so learning how to sew beyond being able to fix things really isn’t on the top of my priorities. But I do enjoy making everything else. It’s hard to specify how long it takes – sometimes I’m never finished. I’ve got a habit of obsessively replacing pieces that drives my partner crazy.

9-Have you met any of the artists or writers where your costume is based on their work?
Oh yes! Those have been some of my favourite times of any convention. At SDCC 09 Jim McCann came barrelling toward me (in the classic Mockingbird suit) going “I WROTE YOU!!” When I compiled the first version of the new suit he encouraged me to contact David Lopez, who also designed it and draws the series, so I did. I haven’t met him in person yet since he’s in Spain, but he’s absolutely wonderful (and his work is to die for). Both of them have been overwhelmingly supportive of my costumes, which is the biggest compliment any of us in this ridiculous hobby could ask for. I’ve also met Jeff Parker and Gabriel Hardman, who work on Agents of Atlas, but Namora won’t be finished until Dragon*con so I’ll just have to hope they approve of it. Both were lovely in person as well. I love that about comics – the people behind them are so naturally friendly. It makes me even more happy to buy the books.

10-Do you buy any toys, busts and etc. based on some of your favorite costumes?
I will as soon as Marvel makes them. :V I did my own Marvel Legends custom of Mockingbird a while ago because the rest of our New Avengers team needed her. Bowen Designs ARE doing a classic bust though, so I’ll be first in line for that. Other than that, it’s just three tiny Heroclix…

11-So do people know you dress up like a comic book hero on your free time?
If they don’t, this interview will be a nasty surprise. Hi guys!

12-What is the funniest thing that has happened to you at a convention?
It was during a Free Comic Book Day event rather than a convention, but my fiance Kevin and I were representing Captain America and Ms. Marvel at a store when a mother and her little boy walked in. The boy was struck dumb with awe at Cap, then looked at me, and his mum said “Look! Captain America has a hoo-hoo too!”

She followed it up by explaining that’s what he calls all women, but I though it was hysterical. I was Captain America’s Hoo-Hoo for the rest of the day.

13-Do kids come up to you and think you are the real life character?
No, I’m usually just “the girl with Captain America” (or his hoo-hoo). I did have a great experience on FCBD this year though when I was dressed as Ms. Marvel. Two little girls came running into the store and hugged me with huge smiles on their faces. Their mother explained that they were huge fans of the character. That was really cute, and had the added bonus of them being little girls into comics – that’s awesome! My fiance gets it all the time when he’s Cap or Batman, though, and I get to enjoy the reactions of the little kids from the sidelines. I can’t help but love the less obvious characters myself though.

14-What do you like to do when you’re not costuming, such as other hobbies?
Aside from bumming around the internet making bad jokes and getting into theological arguments, I’m very passionate about marine life, cetaceans especially. I spend a lot of time at the Georgia Aquarium (or whichever facility I happen to be at) taking pictures – I love aquarium photography – and really enjoy drawing and painting some of my favourite species. I also dig reading – when it’s not comics it’s books about evolution, marine biology, or theology. I’m really big on secular humanism and science. I’m just as vocal about Transformers and Star Wars (and get into just as many heated discussions).

Wow, that’s a hilarious amount of text. If you read this far, you’re awesome! Making an acceptance speech-style close makes me feel like a gigantic prick, so instead I’m going to tell you these things: Eat sustainable seafood! Use reusable bags instead of plastic ones! Don’t download comics illegally! Buy Hawkeye & Mockingbird!

And one final plug: If you’re into costuming, you’d probably enjoy stopping by The Superhero Costuming Forum ( http://thesuperherocostumingforum.yuku.com/ ). We don’t bite, honestly. Except Allen, a bit. 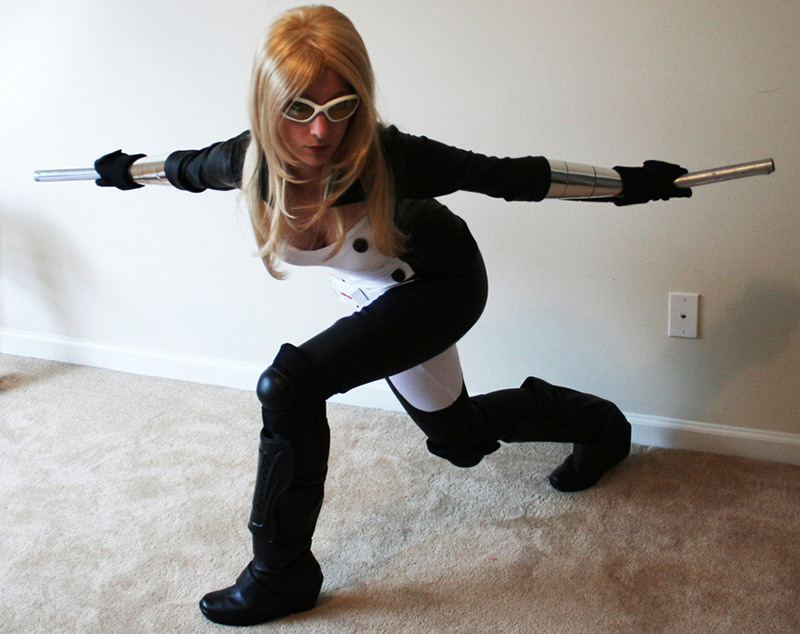 Would you like to be featured as the Cosplay Girl of the Month(NO anime, manga, role-playing games – just comics)? Then drop us a line! We would love to hear from you! We will also be posting a new Cosplay Girl on the 5th of every month.
Simon Daoudi
Simon@ComicImpact.com
Facebook   Pinterest   Twitter   Google+