Cosplay Girl of the Month: November 2010

One of the features we do here at Comic Impact is the cosplay girl (NO anime, manga, role-playing games just comics) of the month, that’s  right hot girls dressing up like your favorite super- hero characters. This month we’re privileged to have  Tally  aka  as our Cosplay Girl of the Month! 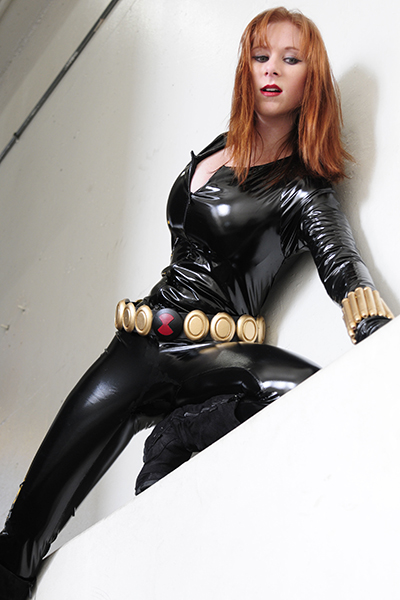 1-What is your name?
Tally, thought I go by Lady S or Lady Skywalker on the boards.

3-Do you read comics and if so, what are your favorite titles?
Comics are my favorite! Though I like all kinds, I’d have to say that I’m really a Marvel girl at heart. Right now my subscription contains Invincible Iron Man, Avengers, and Tarot: Witch of the Black Rose (not a Marvel title). I enjoy a lot of the main events in the Marvel universe such as the ever controversial Civil War, Secret Invasion (though I hated the end of that one) and Dark Reign. Really, I’ll read anything with the Avengers in it. Iron Man and Captain America are among my top favorites. But I also enjoy some DC and Dark Horse titles such as Supergirl and the Star Wars: Clone Wars graphic novels. I’ve recently became interested in Teen Titans.

4-What is your favorite comic book character?
While this tends to bounce around, at the moment it’s Pepper Potts. I know she’s usually a more boring and minor character, but Matt Fraction has been giving her some attitude lately and I love the idea of Rescue! Iron man has been my favorite superhero to read about for a while now and there’s something about her that I can relate to. And we’re talking after the 60’s when she was nothing more than Tony’s lovesick doormat. I’ve also been a huge fan of Lois Lane and Kara Zor-El Supergirl.

5-Who are your favorite artists or writers?
Right now, my favorite writer is Matt Fraction. I was able to talk to him at the past Comic Con and he was telling me how he loves writing strong women, and as something of a feminist myself, I really respect that. Plus, I feel that he makes the characters relatable. We all know what a huge jerk Tony Stark was during the Civil War, but Fraction has made me see his side of the story. Even when I don’t agree with Tony, I understand him. I also just the way that Fraction absolutely loves what he does. It makes reading his comics more enjoyable when I know that he put his 100% into it. My favorite artists are John Romita, Jr. and Michael Turner. The version of Supergirl I did was based off of Turner’s drawings..

6-What got you into cosplay?
Two words: Star Wars. I was a late comer to the online community, but when Episode 3 was about to come out, I discovered theforce.net. There I learned about Celebration IV, a Star Wars convention that would take place a year later. I decided then and there that I was going and that I wanted a cool costume to wear. I had been dressing up since before I can even remember, so it wasn’t that far of a stretch for me. When researching how to go about making such a costume,I stumbled upon an entire community of people on that forum that do costumes and wasintroduced to the Rebel Legion. I joined them to get help on making my Padme costume, butsoon that became plural and it just snowballed from there.

7-If you do more then one character which one is your favorite, and if you do only one do you have some ideas for more costumes?
It’s really hard to pick a favorite costume of mine. I only do characters that I love, so I love them all. But in the past three years, I’ve become known as the resident Pepper Potts. She’s not muchof a costume, and back when no one else was doing that character, no one even recognized that I was in costume. But now I’ve made some friends who do other Iron Man characters and we all make a pretty awesome team. I was super excited when she got armor in the comics(I was praying that was where they were headed for a while) and knew that I had to do. I commissioned that one and while it’s very uncomfortable, it’s a lot of fun. I’m also very proud of my movie style Sally Jupiter. I knew there would be a lot of them the year I made it, so I decided that I wanted to stand out by being as accurate as possible. I would never assume that I’m the best out there, but I’m proud of what my hard work on that one accomplished. But my absolute favorite right now would have to be my Ironette Dancer from Iron man 2. I did a version of thatfor the past two years (yes, before the movie was even written) and my friends called it IronBabe. When I saw the dancers in the reel at the Iron Man 2 panel at comic con, I knew it hadto be done. Now I have a troop of 13 amazing and beautiful girls with me and I even know the dance!

8-How long does it take for you to make a costume?
It depends on the costume. I don’t make all of mine, but I do put a lot of work into everything that I do. Usually, whether I make or commission it, I’ll spend a couple of months before hand researching the costume, character, and resources for the costume. To sew a dress or simple outfit, it usually takes a week or two (that’s with classes or now work). And the rest depends on what sort of accessories are involved. And then of course there are the revisions that need to be made after the first or even second or third time you wear it! I guess what I’m trying to say, is that after the research phase is complete, it’ll take about a month to 3 months to complete, and then you spend however long you want fixing it up and making it better. 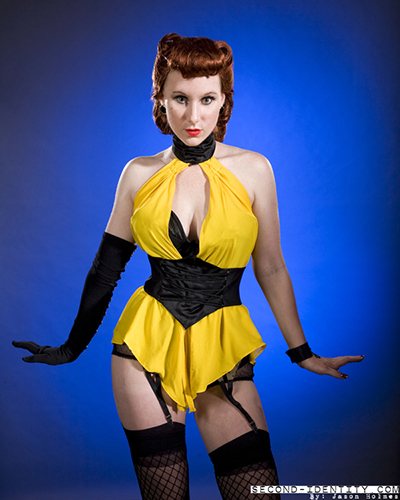 9-Have you met any of the artists or writers where your costume is based on their work?
Oh yes! This again will be a paragraph about Matt Fraction. As I had said before, I wanted to do Rescue before the armor was even revealed, so once it was, I quickly put something together. It was horrible of course, but I still wore it to San Diego Comic Con ’09 and the guys at the Marvel booth introduced me to Matt. He was so excited to see someone do his character, but I was a little ashamed because I knew it could have been better. So for SDCC ’10, I commissioned the armor and made a few modifications to it. I met Matt in movie style Pepper and I told him I’m a fan and he told me that he’s a fan of me! I told him about my armor and that it’s better this year and I hope to see him when I’m it. Well, when I finally put it on and was headed to the convention center, I ran into him right outside my hotel. He fanboy’ed out more than I did! He was so excited and thought it was the coolest thing ever. I met him later at the Marvel booth and we discussed the comic and I told him how I really like what he’s done for Pepper. He signed my helmet “You are my favorite superhero.” It was definitely the highlight of the con.

10-Do you buy any toys, busts and etc. based on some of your favorite costumes?
I do from time to time, but I have to be careful what I buy. Not only do I have a lot of money, but I have no room to put collectables. But usually when I see something that’s a costume I have, I get it. I have a few Padme action figures and statuettes and right now, I know I’ll buy up anything that’s Rescue.

11-So do people know you dress up like a comic book hero on your free time?
Yea. It’s just a hobby. Not something to hide or be ashamed of. I don’t start out conversations with it, but I won’t lie to anyone. I’m a huge geek and I love it!

12-What is the funniest thing that has happened to you at a convention?
I’ve been to so many conventions and at every one there are way too many stories to remember. It’s hard to pick out the *funniest*. If I had to pick one, though, it would be my friend and I running out late night at Dragon*Con ’10 in SHIELD uniforms. She meant to say, ‘We’re SHIELD and we’re here to save you.’ Instead, save came out as shave. We thought it was so funny that we ran around telling people that we were there to shave them and that we were shaving the world! Yes, I’ll admit, alcohol was involved, ha ha.

13-Do kids come up to you and think you are the real life character?
I’ve had that happen just a couple of times. Usually when I’m Supergirl because that’s a character that every little kid knows. I’ve had little girls want to hold my hand and show me things at the convention. I love kids, so it makes me especially happy when they want to come up to me. There’s also been time as Padme that kids think I’m actually her or Princess Leia. One little girls asked me about Naboo. I look nothing like Padme of course, but she was very young and it made me excited to know that she knew about Naboo.

14-What do you like to do when you’re not costuming, such as other hobbies?
My favorite thing to do is martial arts. I used to teach taekwondo and took krav maga since middle school. I haven’t been able to keep up with it lately since I moved to L.A. from Orlando right after I got my third degree black belt. I just don’t have the time or money anymore. But I’d like to get into that again. I also love video editing and I’m working at a film trailer house nowtraining to make film trailers.

And since my lovely friend, Jen, plugged the Superhero Costuming forum, I’d like to plug the Wolf Pack Elite group. Don’t let the ‘elite’ part intimidate you. We’re a fun loving and very welcoming group and it’s a place for all sci-fi and fantasy costuming. You can find me here: http://www.wolfpackelite.com/ forum/index.php 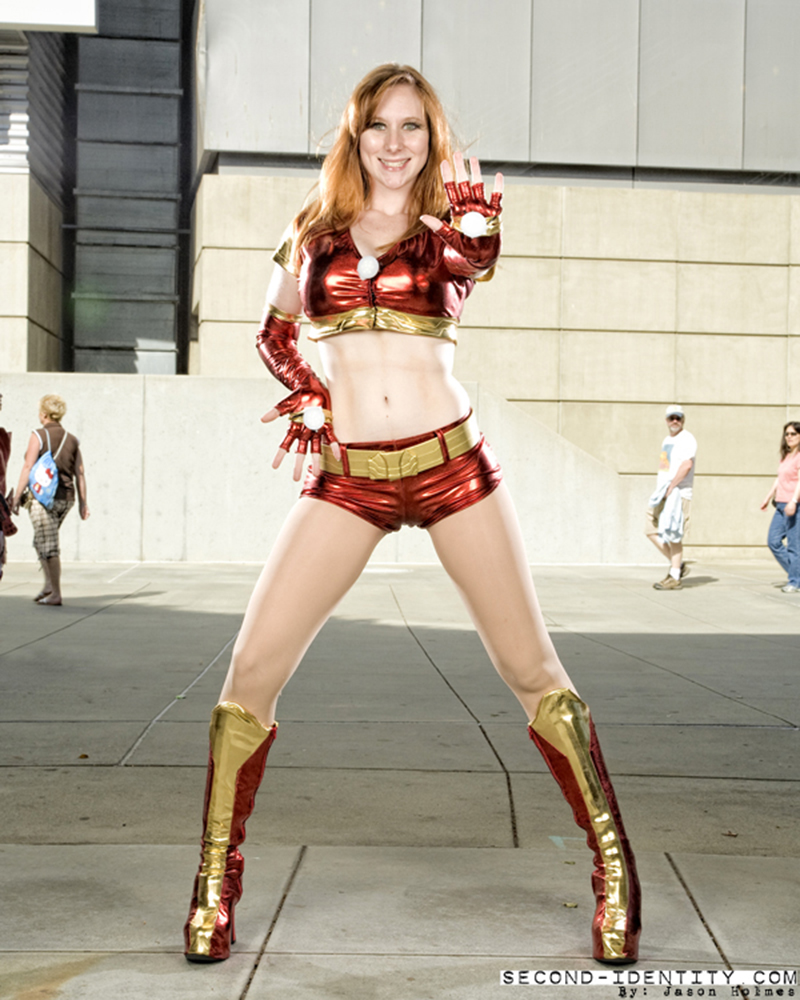