Cosplay Girl of the Month: April 2011

One of the features we do here at Comic Impact is the cosplay girl (NO anime, manga, role-playing games just comics) of the month, that’s  right hot girls dressing up like your favorite super- hero characters. This month we’re privileged to have Tanya Tate  for this months Cosplay Girl of the Month! 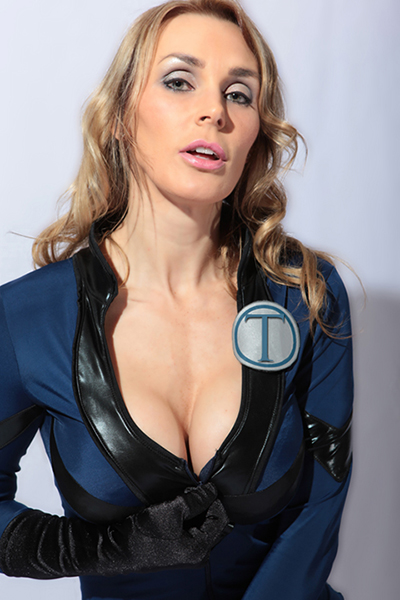 1-What is your name?
Tanya Tate. I’m from Liverpool and I recently got into cosplay.

3-Do you read comics and if so, what are your favorite titles?
I’m always running around and I don’t get a chance to read comics as much as I would like. Mostly I keep up on the other media, like movies or TV shows.

4-What is your favorite comic book character?
I like The Hulk. He’s hot! Or Dr. Doom.

5-Who are your favorite artists or writers?
I’m very appreciative of everyone’s work. How’s that for diplomacy.  But If I had to pick it would be the classic stuff like Jack Kirby.

6-What got you into cosplay?
I knew about San Diego Comic Con, obviously. But last year when I came to America and by coincidence I was in San Diego did I actually see how big it was. From there I took an interest as I saw how people were doing it and how cool it was. This year I planned it out and got my Emma Frost costume ready. I was a little nervous at first, but got into the spirit of it. I’m use to not wearing much, but that skirt was MINI! LOL. It was hard to keep my bum from showing in the back and boobs from showing in the front.

7-If you do more then one character which one is your favorite, and if you do only one do you have some ideas for more costumes?
I don’t want to say any one of them is my favorite just yet. I want to get a few more costumes going, before I think I can make that decision. Right now I like all my costumes equally.

8-How long does it take for you to make a costume?
I’ve been lucky in that my first costume was a simple prepackaged costume that I was able to add to. Since then I’ll come up with something like with The Invisible Woman was a cross between the Jessica Alba and Pamela Anderson ones, and have the main part made. Then I’ll find all the accessories. If I’m lucky it doesn’t take too long.

9-Have you met any of the artists or writers where your costume is based on their work?
No but I would love to. The closest I came was going to Long Beach Comic Con dressed as The Invisible Woman, unfortunately Stan Lee was due to appear the day after I went. 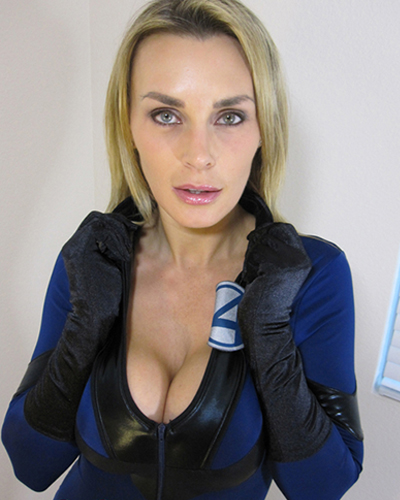 10-Do you buy any toys, busts and etc. based on some of your favorite costumes?
Yes! I have a few Emma Frost pieces. She is sexy! My next costume maybe Ms. Marvel and there are some very cool statues of her. Again I choose a hero who doesn’t wear much. LOL

11-So do people know you dress up like a comic book hero on your free time?
Of course! Why do it if I’m not going to share my experience! I post pictures on my blog, other people’s blogs, LOL.

12-What is the funniest thing that has happened to you at a convention?
I don’t know….I have not seen anything too outrageous. But I’m still a newb.

13-Do kids come up to you and think you are the real life character?
I don’t know. I would like to think so.

14-Do you have a website or a MySpace? So people can contact you?
Yes, I do have a Myspace (http://www.myspace.com/tanyatatexxx), but mostly it would be easier for people to find me on Twitter (http://twitter.com/tanyatate)

I’m also on Facebook (http://www.facebook.com/tanyatatexx). If anyone has any suggestions on what Super-heroine I should dress up as next, please let me know. 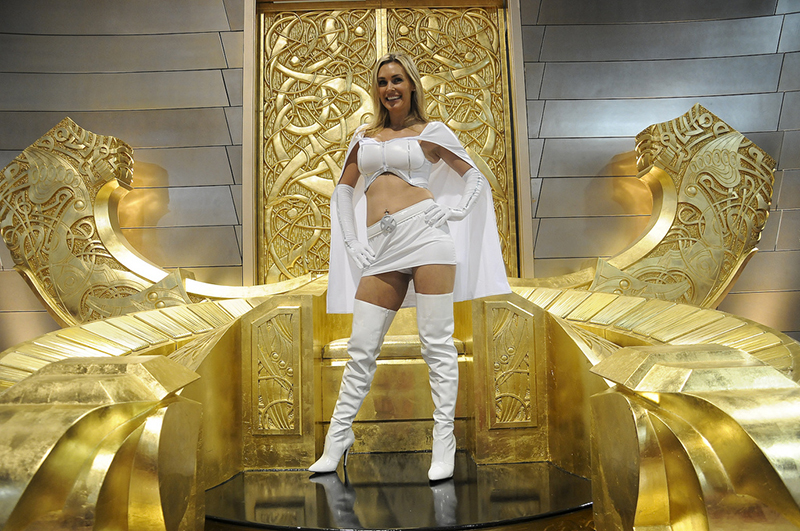