Cosplay Girl of the Month: September 2011

One of the features we do here at Comic Impact is the cosplay girl (NO anime, manga, role-playing games just comics) of the month, that’s right hot girls dressing up like your favorite super- hero characters. This month we’re privileged to have Annissë for this months Cosplay Girl of the Month! 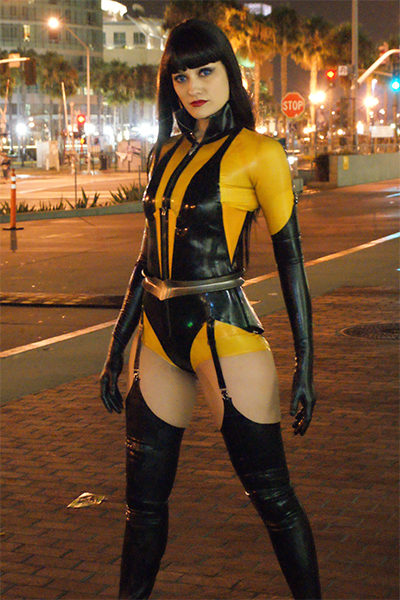 1-What is your name?
Annissë

3-Do you read comics and if so, what are your favorite titles?
Don’t really read comics on a regular basis but my favorite is Batman the animated series with the Joker and Harley Quinn – Mad Love.

4-What is your favorite comic book character?
Have to say Silk Spectre II and Catwoman.

5-Who are your favorite artists or writers?
James O’ Barr (The Crow) and Billy Tucci (SHI)

6-What got you into cosplay?
What’s the standard answer here…. Halloween 😉 well that is basically it. I have been making costumes just for fun since high school. Then, one day I hear about this San Diego Comic Con International, back in 1999, and decided to check it out. Went dressed up in costume by myself as Iris Shaw, one of my Fav. comics I was into at the time, The Crow, she was the female Crow, and nothing was ever the same for me again. I have attended the SDCC and various other anime and comic book, Sci-fi conventions for the past 11 years. I love making my own costumes and recreating comic book or movie characters as accurate as possible. I could never imagine attending a comic book convention out of costume. It is way too much fun cosplaying and showing off your hard work

7-If you do more than one character which one is your favorite, and if you do only one do you have some ideas for more costumes?
The photos of my costumes you see here are just a handful of what I have created over the past 11 years cosplaying. My favorite I would have to say is my Silk Spectre II costume I made back in 2009 when I acquired the actual amber colored trans latex sheeting which was custom made for the Watchmen movie costume. I am proud to say, that was my 1st full latex costume I crafted myself with absolutely no experience in making latex. I have received many compliments on it and I am very grateful for them and appreciate them all.

8-How long does it take for you to make a costume?
To tell you the truth, I never keep track. I wish I would. I get some consumed with each project, the hours and days just fly by. It also depends on the complexity of the costume, which I usually always make complex costumes with the materials I choose or the way I go about making them and how I want the end result to look. For example, my Silk Spectre II costume probably took a good 2 months working on it off and on.

9-Have you met any of the artists or writers where your costume is based on their work?
Yes I have. Billy Tucci, back in 2003 at the SDCC. He was very shocked when I walked up to his booth in my SHI costume and appreciative. He really liked what I did with my costume. We keep in touch at SDCC each year still. He is the nicest person and always makes time to greet and talk to his fans. His artwork is beautiful.

10-Do you buy any toys, busts and etc. based on some of your favorite costumes?
I do have my little geek collection 😉 of action figures and it seems to be growing. I also like purchasing the action figure of the character I will be cosplaying because I need a good 3 dimensional representation to accurately execute the design of the costume. 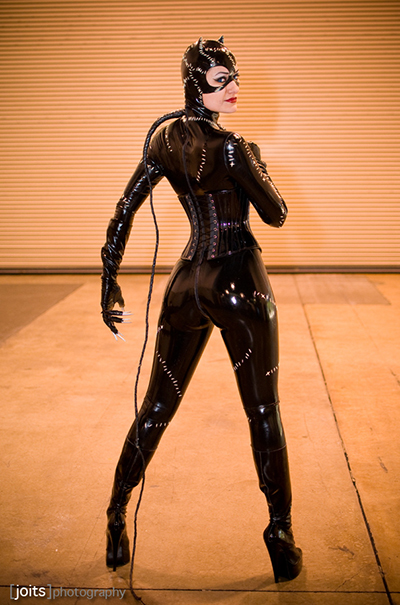 11-So do people know you dress up like a comic book hero on your free time?
Oh yes, my friends, family, even co-workers at my job. Costuming and cosplay is a huge part of my life. I would not be who I am to this day without it.

12-What is the funniest thing that has happened to you at a convention?
Jezzzzzz where can I even start. LOL! So many crazy silly CON memories. I guess most of them taking place at SDCC since that is the main comic con I attend each year. I don’t know, the last day, Sunday, of SDCC one year some weird little old dude basically walked in the hall the last few hours of Con with his disposable camera, interrupted me and my friend chatting on the Con floor, snapped a pic with his cheap camera of me, no flash goes off, I wasn’t even in a costume, hands me some Xeroxed biz card and walks away. HA! There’s lots more crazy funny stuff that’s happened I’m sure, but that is the one time my friend and I always look back and laugh about 😉

13-Do kids come up to you and think you are the real life character?
Most of the time. My Catwoman costume is always a classic and really draws just about everyone in but my Ulala – Space Channel 5, with its bright colorful orange colors and bright pink hair really seems to attract the kiddies. I am like walking candy not to mention a giant in my 6 inch boots I wear with the costume and I am 5’10 bare foot 😛

14-What do you like to do when you’re not costuming, such as other hobbies?
Costuming IS my only hobby and fun. I don”t have time for anything else in my life, hobby wise. 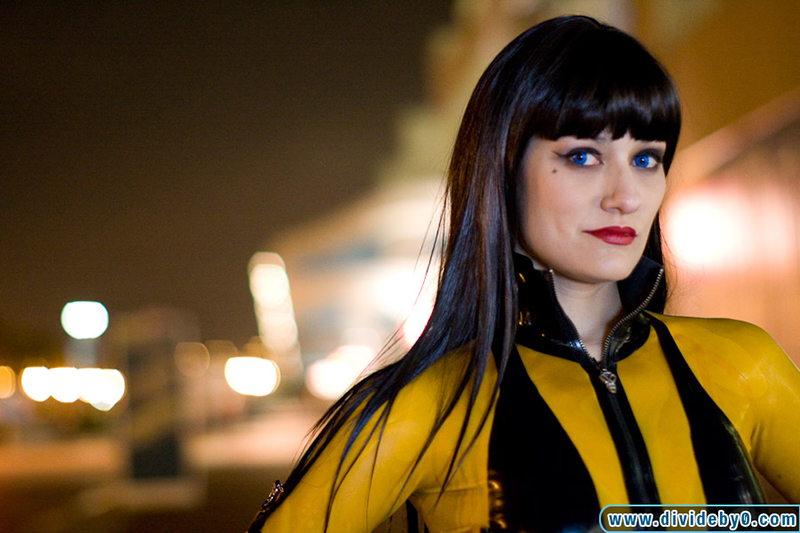