One of the features we do here at Comic Impact is the cosplay girl (NO anime, manga, role-playing games just comics) of the month, that’s right hot girls dressing up like your favorite super- hero characters. This month we’re privileged to have Michelle Prenez  for this months Cosplay Girl of the Month 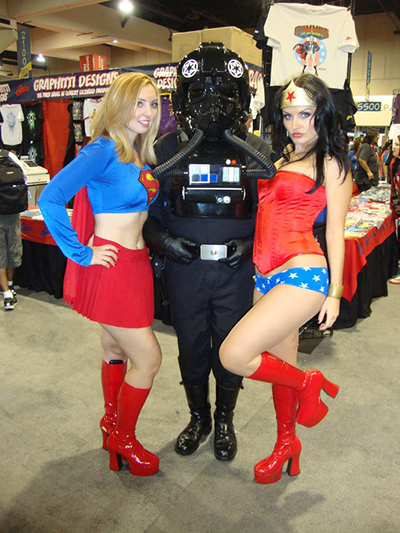 1-What is your name?
Michelle Prenez

3-Do you read comics and if so, what are your favorite titles?
Absolutely! Obviously, I read the New 52 SuperGirl series and have a huge collection of SuperGirl comics. I also just started Fables and read Buffy the Vampire Slayer on and off. My new discovery is the comic Axe Cop, which is written by a five year old and illustrated by his 29 year old brother. It’s as amazing as it sounds.

5-Who are your favorite artists or writers?
My absolute favorite artist ever is Michael Turner. He and Peter Steigerwald made serious magic together when SuperGirl was relaunched back in 2004. Jeph Loeb wrote a really wonderful comic that made you fall in love with this new SuperGirl. I also love Gail Simone and the way she writes Wonder Woman. And the way that Joss Whedon writes dialogue is so glorious to me.

6-What got you into cosplay?
I got into cosplay because of my comedy partner, Jennifer Wenger. She is the most stunning Wonder Woman ever in the history of the world and also a really funny chick. When we started hanging out she mentioned that she went to conventions as Wonder Woman and how fun it would be if I dressed as SuperGirl. I remember the very first Comic-Con I ever went to, it was completely overwhelming in a good way! The energy was electric and I was hooked. Jenn and I have been going to conventions as SuperGirl and Wonder Woman for 7 or 8 years now. I will never want to stop!

7-If you do more than one character which one is your favorite, and if you do only one do you have some ideas for more costumes?
SuperGirl is my favorite, but it’s hard to admit that I won’t be able to dress up as her forever. SuperGirl is a teenager so I think I’ll have to retire her at some point only to bring her back out again when I’m 70. I cosplayed as Poison Ivy for Comic-Con last year and had a blast! It was fun to be the villain. I also dress up as Leawyn from the Lucky Legendary series. Being an elf makes me feel so nimble and ethereal. Eventually, I would love to cosplay as Emma Frost. But first I would have to live in the gym for six months.

8-How long does it take for you to make a costume?
With Supergirl, I try to update the outfit from time to time. Fortunately, she doesn’t need a whole lot of time because it’s basically just a skirt, midriff top, and red boots. I don’t plan on making a costume to represent her newest incarnation. For Poison Ivy I went to the stripper shops on Hollywood Blvd looking for most of the pieces. It’s the best place to find a corset! I find that Poison Ivy is more time consuming because of the leaves. 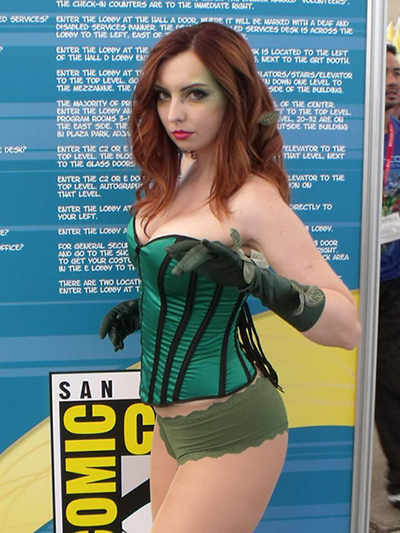 9-Have you met any of the artists or writers where your costume is based on their work?
Yes! I got to meet Michael Turner and it was a very magical experience. I still can’t believe that I have a picture with him. There is a huge Michael Turner poster next to my desk and I sometimes can’t even believe that he is gone. He was and is such a bright light. I also say hi to Peter Steigerwald at every convention and have met Jeph Loeb as well. Jenn (Wonder Woman) introduced me to Bob Wayne who is the VP of sales at DC comics and he approves of our costumes, which is a relief!

10-Do you buy any toys, busts and etc. based on some of your favorite costumes?
Oh, Dear God yes. I have a fairly substantial SuperGirl collection and am out of space to display some of the statues. I’m going to have to buy another book shelf or something to display them all properly. I also have a ridiculously sexy Jessica Rabbit statue that everyone comments on when they come into my apartment. I’ve dressed up like her a couple of times, but you have to be brave because that is a tricky one to pull off.

11-So do people know you dress up like a comic book hero on your free time?
Oh, yes. Jenn and I work at comic book shops, comedy sketches, birthday parties, and bar/bat mitzvahs as these characters. We’ve had people come up to us when we are out of costume and call us SuperGirl and Wonder Woman. It’s such a great feeling to be identified with these characters.

12-What is the funniest thing that has happened to you at a convention?
I can’t remember if it was Comic-Con or WonderCon, but Jenn and I were dressed as Wonder and Super taking pictures with a group of people. Then one guy stood in between us to get a photo and you could just feel his heart racing, he was so nervous. We posed for the picture and I felt his body tense up and then there was the most horrific smell that quickly followed. This guy had soiled himself and then ran off leaving us in the middle of his gas cloud. We had to move pretty far away to continue taking photos. It must have been embarrassing for that poor guy. I just hope he got a good picture.

13-Do kids come up to you and think you are the real life character?
You bet! And it’s always so sweet to see a little girl run up to you and say that she has your poster on her wall. Now, obviously it’s a poster of SuperGirl and not me (because that would be creepy) but it’s fun to embody somebody’s hero. It also makes you very aware of what you say and do while in costume because you don’t want to ruin some child’s fantasy.

14-What do you like to do when you’re not costuming, such as other hobbies?
I am in a musical comedy duo with Jenn called F***ing Witty. We just performed at House of Blues which was a blast! I’m also getting my AA in French for fun and am going to live in Paris for a month this summer to study at the Institut Catholique. I love being an actress and comedy writer. I feel like dressing up as a superhero makes me feel like the impossible is possible. 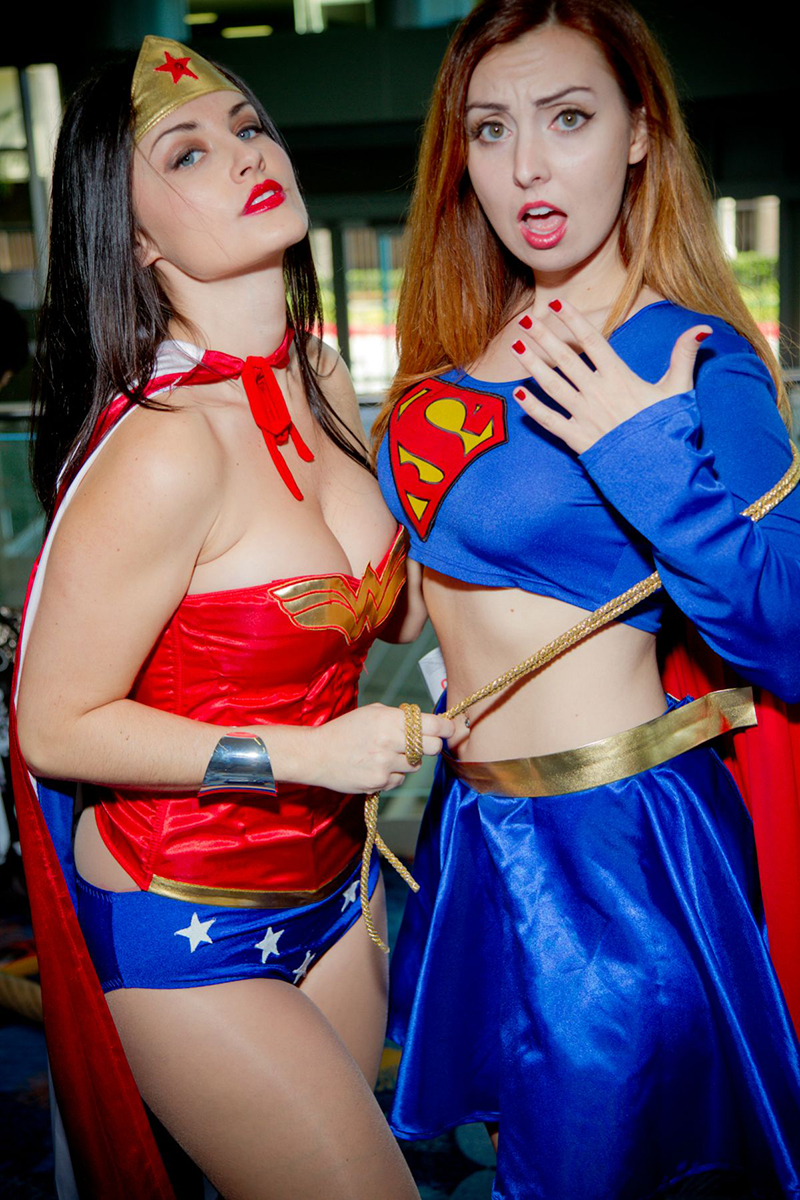