Wow, is it already time for the first comic? This is going to be exciting! So I met Simon and Sheldon for the first time in person during San Diego Comic Con. While I have known them for quite some time and talk them both on a constant basis, there was littleI could but save staring at them awkwardly. I would like to say I’m above such a thing and that I’m much more socially capable than that, but I’m not. I’m really, really not. 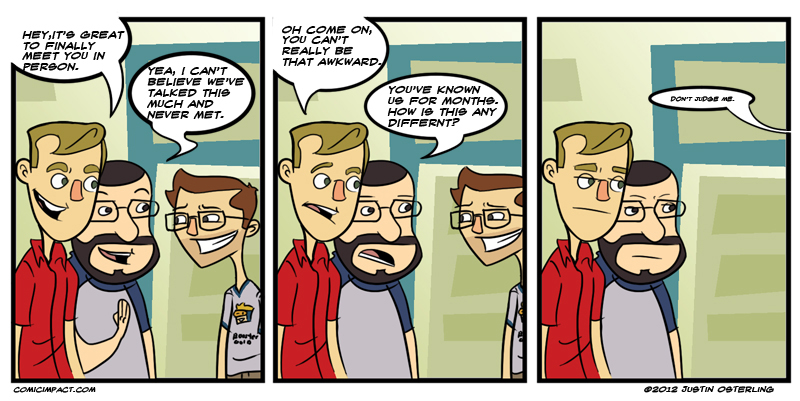