Woah! Sorry for the delay amigos and amigas!

AN APE KIDNAPPED ME AND FLEW ME TO SAN FRAN!

Alternative Press Expo was a blast this weekend! For any of you who have never been, or don’t know what it is- LEMME INFORM YA’LLS.

APE is a mini convention with big energy. Imagine a con that is 99% artist alley. Its full of underground, independent artists peddling amazingly raw art and comics. There are a slew of already established artist, but for the most part its people that you’ve definitely never heard of – which is a damn shame! The price to get in this year was TEN DOLLHAIRS (10$), or fifteen for both Saturday and Sunday. Yes it was a two day con. Do you really need more? Oh did you go to San Diego Comic Con this year? Well guess what – you could have gotten in FREE (with your old badge), I bet you feel like a dummy now huh? I noticed that a lot people had free goodies to give out, and while the goodies might have been xerox pages of a sample comic, the comics you were getting were pretty amazing. 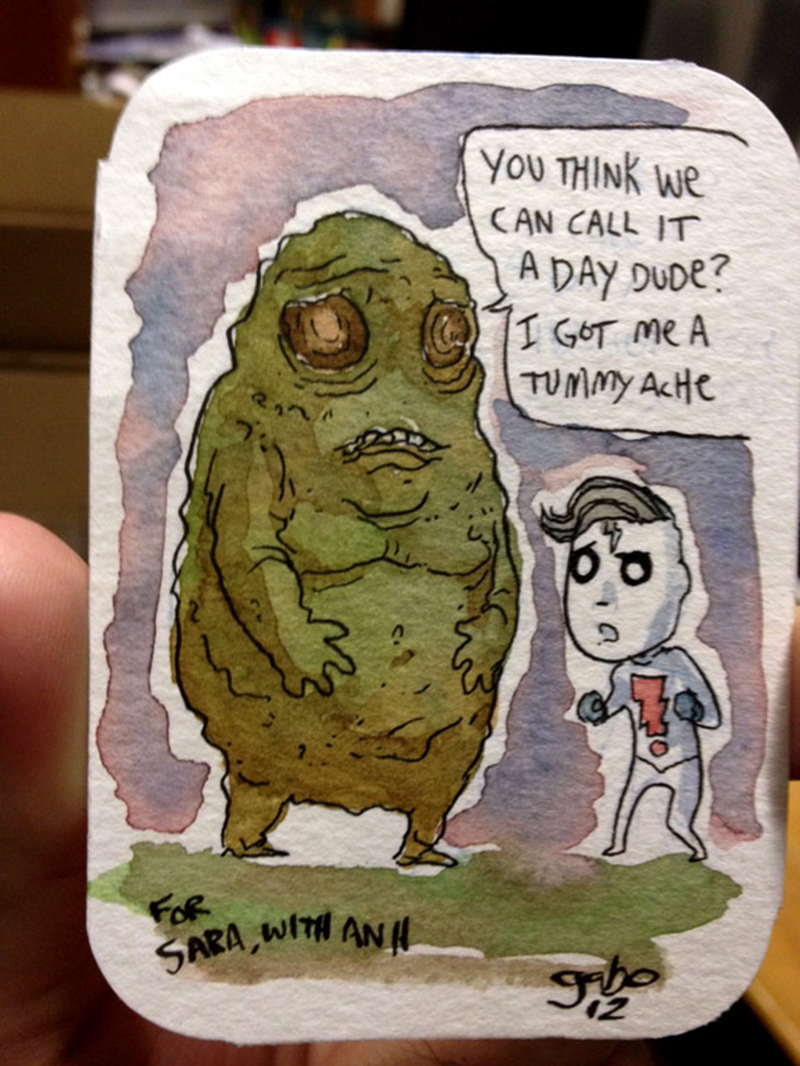 Being as it was my first time there, I came to the realization that most cons are sort of like the BIG BLOCKBUSTER MOVIES full of big stars and big budgets, where as APE is full of the low budget,
underground film festival movies that have brilliant, Oscar Award winning stories and amazingly under appreciated actors.

The attendees and artists there appreciate art and the art of comics so much that it felt like I was in some sort of heaven for artists. Its a real treat to see a show where the majority of the people that attend, want to buy your work because they appreciate it, and don’t have a scheme to flip it for twice the amount on an Ebay store front seconds after they get home.

If you really enjoy reading comics for originality and want something new in terms of art, GO TO APE NEXT YEAR. You might single handedly keep a poor artist from getting evicted! TRUE STORY.