I’ve come to realization that a lot of people out there expect every blockbuster movie that comes out to be an Oscar award winning piece.  Or at least they sure do rant that way!People think I’m nuts because I love the old Stallone JUDGE DREDD movie. It’s great- and I’ll tell you why- cause its FUN. Transformer movies, FUN. BRING IT ON, FUN. Yes I’ve watched BRING IT ON. SEVERAL TIMES. IT’S A GOOD MOVIE. IT’S FUN. Maybe I’m just a sucker for cheesy Hollywood stories where the good guy walks away from a giant explosion carrying the hot lead actress.

It’s like people who think McDonald’s tastes awful. You’re all jaded. You can’t appreciate the small things in life! 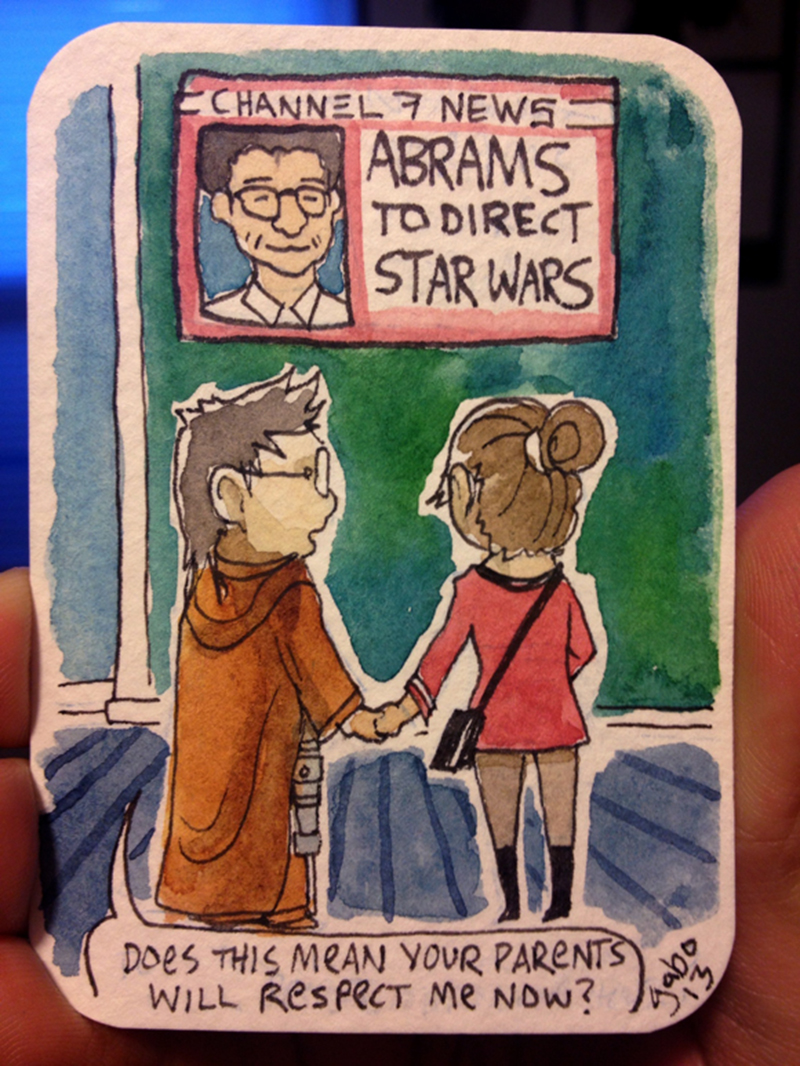 Moving on, I’d like to make a pledge that if I ever see a trekky or a Jedi knight dissing one another, I will DDT said fanboy into convention concrete.
Y’all both have a new daddy, and he’s playing both of your moms.
Get over it.

This is a good thing.
He is a good guy.
He will give you presents for your birthday, Easter, Valentines day, and Chrismahanukwanzakah That new Star Trek flick was awesome, you know it was. And before you start pointing out why it’s not, I want you to sit back and watch it like you’re 8 years old. Cause guess what- that’s who these guys are really making movies for, so that in 10-20 years, they’ll buy up all the cool stuff for THEIR kids that have been spawned from the 2023 reboot of Return of the Jedi.

Incidentally, I have no idea what the new Star Wars movie will be about- so for the time being I will fantasize that they will get Harrison Ford, Mark Hamill and Carrie Fisher to reprise their roles.
And if they can’t swing that, they sure as hell better get Billie Dee Williams, I’m damn sure he’s not busy.

So anyways- How do you feel about this? Do you think he’ll be able to polish up Star Wars like he did on Star Trek? Or maybe that’s a bad thing? Come on amigos and amigas– I wanna hear that trash talk!

Also– Am I the only one that thinks he looks like a young version of the grumpy old man from UP?