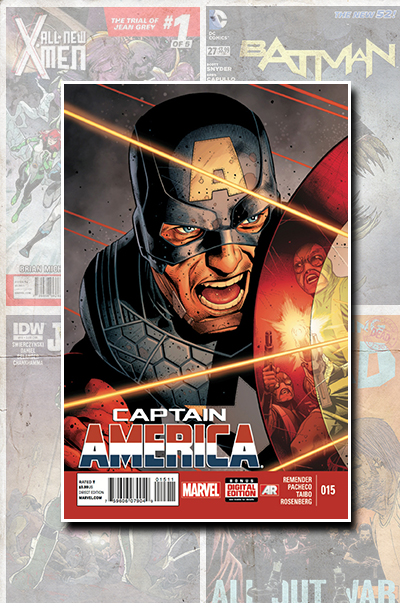 THE TRIAL OF JEAN GREY

When alien races learn that Jean Grey, host of the destructive Phoenix Force, is back on earth, they do something about it. Now it’s up to the rest of the All-New X-Men and the Guardians of the Galaxy to save Jean Grey from twisted intergalactic justice!

“Zero Year” reaches an all-important crossroads as Batman and Jim Gordon try to turn the lights back on in Gotham City. This issue leads directly into the final arc of Zero Year, which begins in our next issue!

Judge Dredd #15 – By Duane Swierczynski and artwork by Nelson Daniel

“Badges, part 2.” With Judges being assassinated at an alarming rate, and chaos breaking out in various blocks, Dredd is more determined than ever to find the killer–a former Judge who went insane about being cloned and incarcerated. But the case draws Dredd into the crosshairs of the Special Judicial Squad, who think he’s to blame for all the troubles of late. If you think the Dredd plays rough, wait until you meet the skull-cracking sadists of the SJS… the Judges who judge the Judges!

The Walking Dead #120 By Robert Kirkman and artwork by Charlie Adlard.

This war has taken a toll. 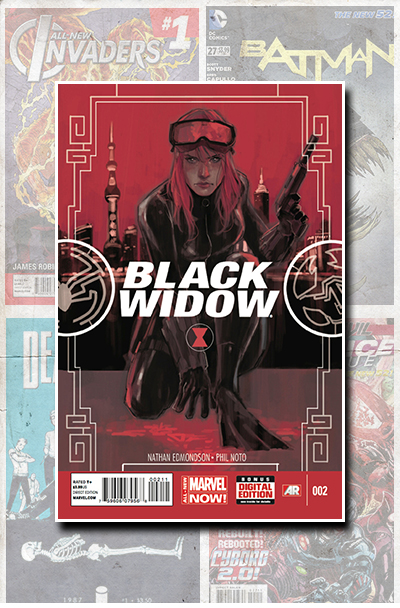 GODS AND SOLDIERS PART ONE

The KREE EMPIRE intends to conquer the universe using a weapon that will grant them an army of NORSE GODS.

“Zero Year” reaches an all-important crossroads as Batman and Jim Gordon try to turn the lights back on in Gotham City. This issue leads directly into the final arc of Zero Year, which begins in our next issue!

Can Black Widow make up for her time spent as a KBG assassin? Or will the darkness of her past consume her?

Deadly Class #1 by Rick Remender and artwork by Wesley Graig

It’s 1987. Marcus Lopez hates school. His grades suck. He has no money. The jocks are hassling his friends. He can’t focus in class, thanks to his mind constantly drifting to the stunning girl in the front row and the Dag Nasty show he has tickets to. But the jocks are the children of Joseph Stalin’s top assassin, the teachers are members of an ancient league of assassins, the class he’s failing is “”Dismemberment 101,”” and his crush, a member of the most notorious crime syndicate in Japan, has a double-digit body count.

Welcome to the most brutal high school on Earth, where the world’s top crime families send the next generation of assassins to be trained. Murder is an art. Killing is a craft. At King’s Dominion High School for the Deadly Arts, the dagger in your back isn’t always metaphorical, nor is your fellow classmates’ poison.

Join writer RICK REMENDER with rising star WESLEY CRAIG (Batman) and legendary colorist LEE LOUGHRIDGE (Fear Agent) to reminisce about the mid-1980s underground through the eyes of the most damaged and dangerous teenagers on Earth.

A FOREVER EVIL tie-in! With the Justice League still missing, a barely functional Cyborg will need help if he’s going to take down the Crime Syndicate. To do that, he must find Doctor Will Magnus!