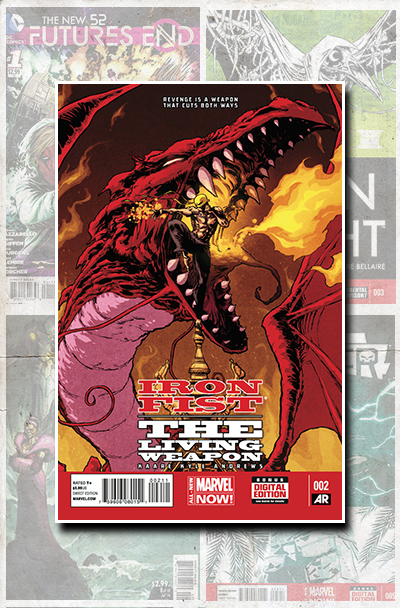 Moon Knight #3 – By Warren Ellis and artwork by Declan Shalvey.

Five years from now, the DC Universe is reeling from a war with another Earth, leaving the world unprepared for an approaching evil that threatens to destroy the future. Can a time-traveling Batman Beyond help a massive cast of the DCU’s finest avert the impending apocalypse? Find out in this new weekly series that will forever alter the direction of The New 52! In this debut issue of The New 52’s weekly series, Batman Beyond arrives five years later! Grifter turns against humanity! And a Justice League member DIES!

The Punisher #5 – By Nathan Edmondson and artwork by Mitch Gerads

The Wake #8  – By Scott Snyder and artwork by Sean Mruphy

They say don’t go in the ocean. There are monsters out there. Terrible secrets in the deep. But Leeward isn’t scared of any of that, because the thing she’s running from on land is much, much worse…

As the Dark Knight’s weekly series continues, Red Robin takes center stage in a major Gotham City mystery that has Harper and Cullen Row caught in the crosshairs! 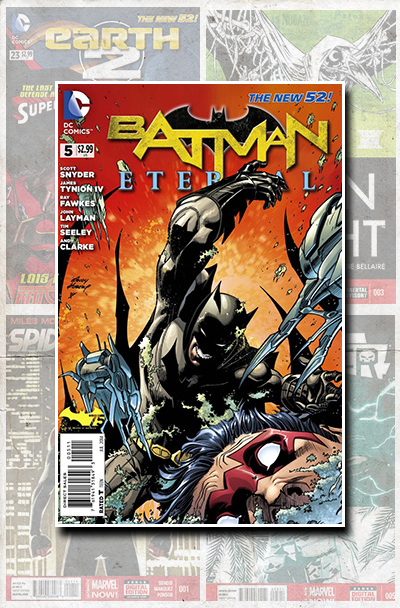 Earth 2 #23 By Tom Taylor and Artwork by Nicola Scott

With Green Lantern resurrected, the heroes of Earth 2 go on the offensive against the forces of Darkseid and Apokolips! As the heroes prepare an all-out assault, plans are put into motion for the Red Tornado to make one last, desperate attempt to stop Superman.

Moon Knight #3 – By Warren Ellis and artwork by Declan Shalvey.

The Punisher #5 – By Nathan Edmondson and artwork by Mitch Gerads