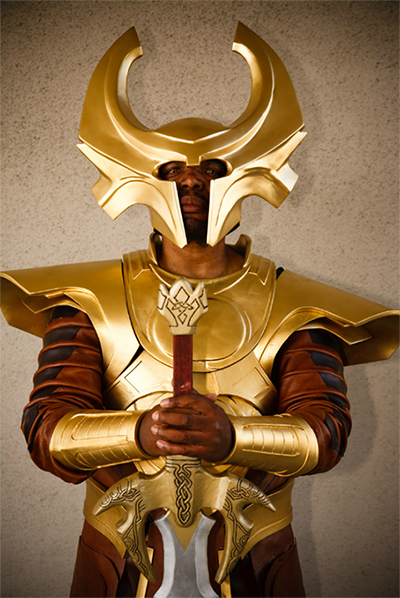 What is your name?
Dave Lucchesi people call me Bar Jedi.

How many years of experience do you have and what got you into cosplay?
As a kid in high school I cosplayed as Star Trek officers from Classic Trek and WOK (Wrath of Khan) officers uniform… lieutenant if I remember correctly. I have always wanted to cosplay Khan… One day!!! I have also done a set of Mandalorian armor… There are a couple costumes on the back burner, but have no clue as to a time frame. Now I mainly photograph cosplay.

What character/design are you most well known for?
I’m more known as a photographer than a cosplayer now.

Which is your favorite character/design?
I have always been a Captain America fan.

Did you know how to sew/fabricate before you started cosplaying?
I have learned many things about armor and prop building, painting and weathering, but alas I can not sew.

How have your techniques improved over the years?
I read books, attend seminars and workshops. I also organize group shoots, and currently writing an ebook on lighting as it pertains to convention halls.

How long does it usually take and what’s your typical process to complete a costume?
My Mandalorian armor took about 6 months to initially complete… Upgrades are ongoing.

Is there a particular fabric/pattern/accessory that you consider your Achilles’ heel?
I would have to say sewing.

Have you met any of the artists or writers where your costume is based on their work?
I have had the chance to show J. Scott Campbell some images that were heavily inspired by his art. 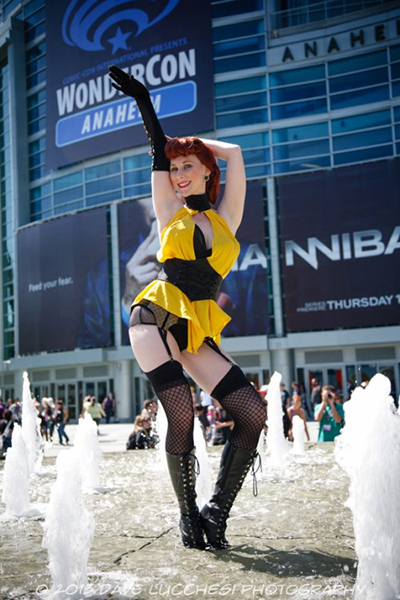 What is the funniest thing that has happened to you at a convention?
I unintentionally photo bombed Batman during WonderCon 2013 DC group shoot, Pat Loika took a pic of it and it ended up on Geeks Are Sexy with the rest of his images. So yea, it was unintentional, but got some press.

What is one of your best memories in cosplaying?
The kids… Taking photos with kids.

Do you read comics and if so, what are your favorite titles?
I like Captain America, and Spider-Man. I really enjoyed the Web of Spider-Man series. I also have read Red Son several times.

What is your favorite comic book character?
Cap.

What do you like to do when you’re not costuming, such as other hobbies?
I read, practice the craft of photography, and watch old movies… I also have a harmonica and a ukulele that occupy my time now and again.

Do you have any advice for others wanting to get into cosplay?
Patience. 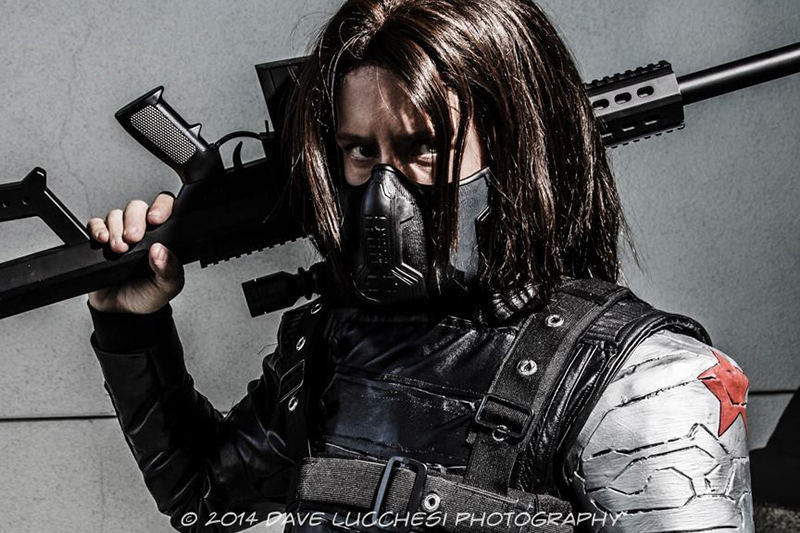