Its theme song is recognized the world over. It’s been the subject of both praise and parody for decades and its legacy relegated to television reruns, until now. Batman: The Complete Series is finally here on Blu-Ray from Warner Bros. Home Entertainment and it’s beautiful. Due for release on November 11, 2014 this 13 disc box set comes with all 120 episodes
remastered in gorgeous high definition with 3 hours of special features topping out at little over 50 hours of content. This collectors set has an edition size of 95,000, it includes 44 replica Topps trading cards, an exclusive Hot Wheels Batmobile, an Adam West retrospective hardcover, a paperback episode guide and is filled will all the nostalgia one could ask for. Sit back and enjoy this unboxing, we know we did. 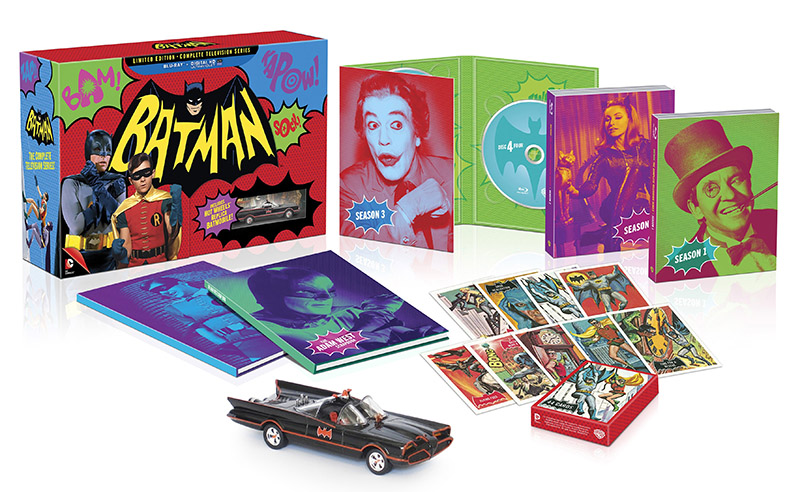