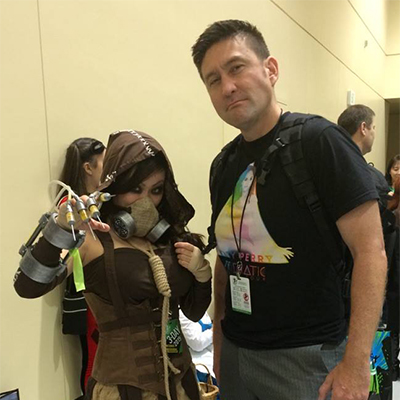 Emerald City Comicon is the Northwest’s premiere pop culture convention. It keeps most of its focus around comics and is said that the founder wanted to model it around the East-coast’s successful Heroes Con. I have been every year since 2012 and I have to say that it does an excellent job melding worlds together and making it a con with something for everyone. I don’t typically go to any conventions for its TV or film presence, so ECCC is my favorite con of the year because of the comic talent it brings in. That being said, this is the first year that I did take advantage of the celebrity photo ops and autograph area to meet Hayley Atwell.

This year the celebrity area was on the 6th floor, which helped keep congestion and traffic around the con manageable. Hayley was only there on Friday, but other guests included Stan Lee, Clark Gregg, Steven Yuen, John Barrowman, Orlando Jones, and other great guests from various fandoms. The show also didn’t skimp when it came to great panels. One highlight was Clark Gregg joking about how his infamous “Destroyer” gun was to be known as “Baby.” Since he’s married to Jennifer Grey, best known for Dirty Dancing, he refused to call it that for fear of the countless memes there would be about him putting “Baby” in a corner.

Food was another improvement over previous years. There was a Food Truck Alley set up on the streets outside of the convention center. They had Thai food, BBQ, comfort food…again, something for everyone and tastier than the jacked up prices of the convention food. Definitely a life-saver around 2:00 pm when you feel like you could pass out from hunger. 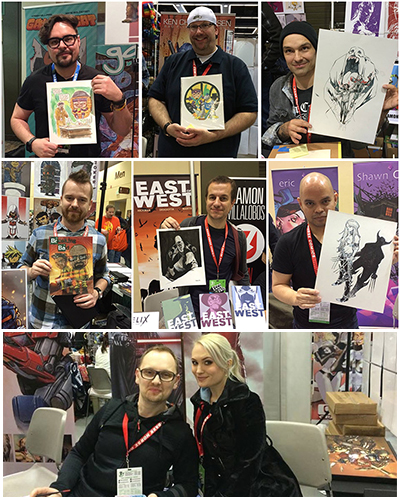 The social scene and meeting new people with common interests is another big draw to the convention. They had meeting rooms set up on the 3rd floor with specific themes and times for people to hang out, get to know each other, and take a break. I think it was a great idea and fun for people who may be too shy to go up to strangers to have some way to break the ice. There was Sci-Fi Speed Dating on the same floor. I did not partake in the festivities this year, but am considering doing so next year for sh**s and giggles and to say that I have.

As far as my personal experience at this year’s con, I attended all three days for at least a couple of hours. Friday, I was in costume but only really spent time in the celebrity area to meet Miss Atwell.Saturday, I debuted a brand new costume and did the full day. I walked around and took pictures of the amazing cosplayers and picked up some original artwork I had commissioned prior to the show. I picked up Madder Red/Rasputin from Riley Rossmo, Crow from Nick Dragotta, Oppenheimer from Nick Pitarra, Zsasz from Shawn Crystal, X-23 from Eric Canete, and treated myself to TWO M.O.D.O.K. convention pieces, one with Walter White and one with Grimlock from Gabo and Ken Christiansen, respectively. Sunday, I dressed casually and said my last minute good byes to some friends, networked for future cons and interviews, and scored some free prints. Overall, it was another successful year and a ton of fun.

For 2016, con goers can expect their first big changes since being acquired by major con company ReedPOP in January. ECCC will take place over four days instead of its traditional three. The company hopes that this will make the convention more like its other major comic book events: New York Comic Con and Chicago’s C2E2. The 2016 edition of Emerald City will kick off on April 7of next year. See you at WonderCon this weekend.