by bucky· February 04, 2015· in Pick of the Week, Podcast, Reviews· 0 comments tags: Ben Oliver, Cameron Stewart, Chris Sprouse, Dan Jurgens, DC Comics, Gary Frank, Grant Morrison, Klaus Janson, Multiversity, Nicola Scott, The Multiversity GuideBook, Various
On this week’s episode we talk about a lot of amazing comics from the week of January 28th 2015; such as Casanova: Acedia #1 , King: Flash Gordon #1, Thor #4, Munchkin #1, and Batman #38–where we find out why the Joker is a blood sucking vampire now that he is immortal. Let’s not forget THE PICK OF THE WEEK: The Multiversity Guidebook #1 by Grant Morrison. Read More 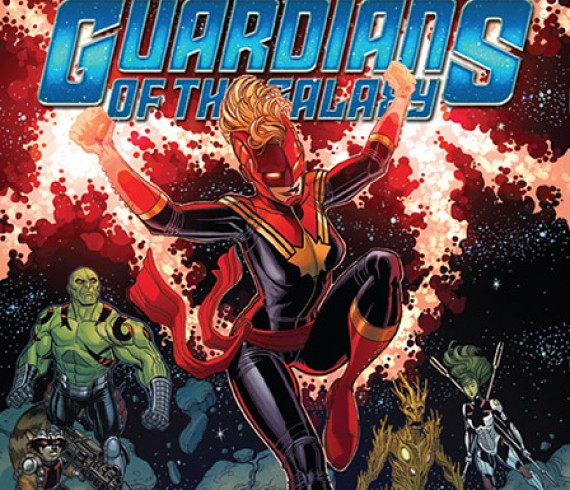 by bucky· June 03, 2014· in Reviews· 0 comments tags: Brian Michael Bendis, Cameron Stewart, Guardians Of The Galaxy, Marvel, Marvel Comics, Nick Bradshaw, Walden Wong
In the last issue of Guardians of the Galaxy, we saw the team picked off by various enemies they’ve had over the years, and in this issue, we see where each of the Guardians have ended up. Rocket Raccoon is being oporated on by the Kree, overseen by the Supreme Intelligence who has a scientific interest in his rare species. Gamora is being beaten and questioned by the Badoon. Groot has been attacked and abandoned by The Brood. Read More