by bucky· November 18, 2013· in Comics 'N Coffee· 0 comments tags: Al Kupperberg, Bill Mantlo, Captain America and the Campbell Kids, Dan Green, Herb Trimpe, Marvel
America’s powerful patriot battles energy wasters and teaches us how to keep the power flowing long into the future! Comics teach us many valuable lessons, such as how underwear looks better on the outside and that radiation exposure is a sure-fire way to gain super powers. When it comes to solving the energy crisis, however, there’s only one hero who can fill up a bread bowl of patriotism with a red, white and blue grilled cheese on the side! Captain America and the Campbell Kids is brought to us by the Campbell Soup Company and Marvel Comics Group in cooperation with the U.S. Department of Energy in the crossover event of the decade (even hotter than the time Superman teamed up with the Quik Rabbit!). When ol’ Winghead takes time off from his duties as an Avenger and defender of Old Glory, he spends his days partnering up with toddlers of the pinched-cheek variety to bring us a lesson on saving energy hidden within all the joy and merriment of a comic book adventure. The Campbell Kids were a pair of children sporting the rosiest of cheeks created by Grace Wiederseim (also known as Grace Drayton and Grace Gebbie), a […] Read More 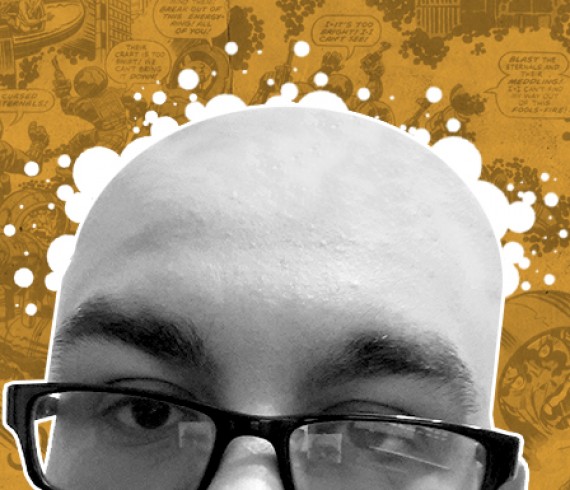 by Antonio Cuneo· April 24, 2013· in Antonio’s Top 5· 0 comments tags: Age of Ultron, Brandon Peterson, Brian Azzarello, Brian Michael Bendis, Carlos Pacheco, Chris Samnee, Dan Green, Dan Slott, Daredevil, DC, Edgar Delgado, Goran Audzuka, Humberto Ramos, Image, Javier Rodriguez, Mark Waid, Marvel, Mike Norton, Revival, Roger Martinez, The Superior Spider-Man, Tim Seeley, Tony Akins, Victor Olazaba, Wonder Woman
Hey Comic Impact! Sorry for the delay this week. I had gotten my comics read pretty fast last week but didn’t have time to write up anything about them because I spent the weekend visiting friends and family back in New York. I’m still a little tired but wanted to get this out to you guys as soon as I could. I’m not going to go into too much detail this week but make sure to listen to the Pick of the Week Podcast this week as Simon, Sheldon, and I go more in depth on last week’s comics. Read More