by Simon Daoudi· March 05, 2014· in Pick of the Week, Podcast, Reviews· 0 comments tags: Duane Swierczynski, IDW Publishing, Judge Dredd, Nelson Daniel
Alright Alright Alright it is time for a new Comic Impact POW podcast. Join Simon and Sebastian as they talk about comics for the week of February 26th 2014. Simon had the pick and he went with Judge Dredd #16 from IDW written by Duane Swierczynski and Art by Nelson Daniel. Simon is more then happy with this issue of Judge Dredd he calls it a wet dream for US Judge Dredd fans as he tries not to spoil the end of this story line because this is a issue you don’t want to miss. Read More 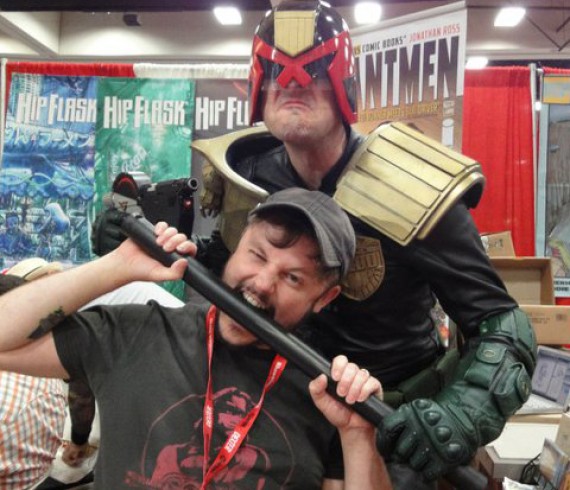