KirkFM is a still forming accident of an idea born out of a time when it was possible that the villains could win. Like all still forming ideas, you have to write about it to give it power. Discovering comics way too early, you can blame 80’s cartoon marketing to sell toys. A way to control him that horribly backfired. A Transformers tie-in comic guest starring a black-costume clad Spider-Man was the perfect gateway to bigger worlds that are still untapped. all waiting to be discovered so that the villains don’t win. Or you root for them and they do?

Honestly, all that first part was true. But a more simple truth is that those influential moments led to my huge passion for comics and all the things that the greatest collaborative art entails, how it’s created, and how it affects our lives.

Very early on I hid my first comic books inside an old acoustic guitar (a guitar I had to learn how to play to keep up the charade of maintaining the hiding place). My first job was at the local comic shop where most of my paycheck went back into new issues, Magic the Gathering cards, and pogs. So many pogs. I’m waiting for pogs to come back again. 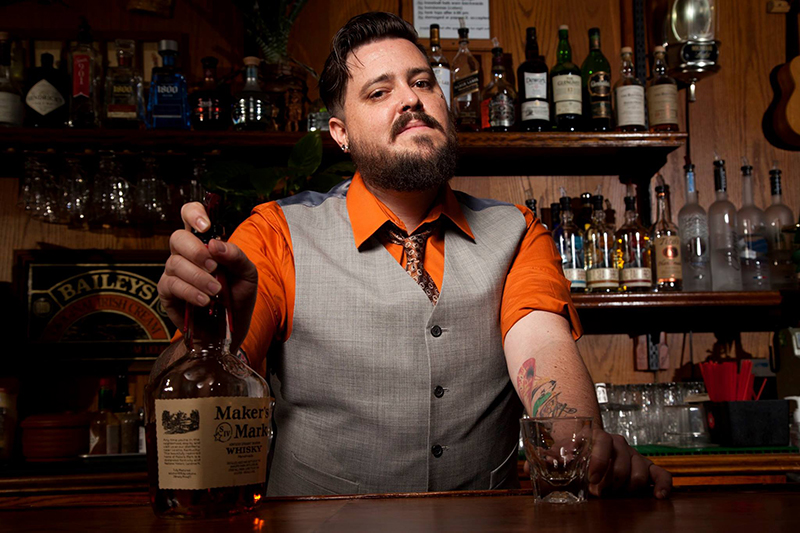 I’m a career bartender since 2001 and i honestly love it. I’m good at it. I Tattoo a hashmark for every liver transplant that i have been directly contributed to. For just as long as i’ve been a bartender, i’ve DJ’d in bars around LA, played punk rock opening for some of my favorite bands, and held down a second career in professional body piercing that led me to making some of my best relationships today. All because i was introduced to an art form that ensured that art will play a part in some facet of my life no matter what i do.

Even longer than any of that, I have been reading and writing about comics. For me, art always tells a story that shares an idea. Comics encompass that. It’s a conversation i always want to keep alive. That’s where the Internet comes in. Thank the Gods for the Internet.

As well as a regular contributor for Comic Impact in the form of reviews, podcasts, and vlogs, I can be found on a personal youtube channel, as well as the ComicBookGirl19 show as a rotating co-host on the PLOPcasts, the CW Flash fantalk webshow, not to mention any other Freelancer opportunities so i can exploit every chance to talk about Spider-Man and Transformers. Warren Ellis and Grant Morrison. Indie comics and the need-to-be-discovered.