I am sure you know San Diego Comic Con is this month, so you also probably know that one of the best parts of Comic Con is all the beautiful, sexy girls dressed up as some of their favorite comic book characters. This month we’re privledged to have Riddle as our Cosplay Girl of the Month! Doesn’t she make the best Wonder Woman of all time? If you ask her why she got into the cosplay scene, she will tell you that the reason is the same for why I got into the podcast biz… and no, it’s not because I look good in a photo shoot!

So let’s found out more about the Canadian cosplayer  and her collection of food related statues… yeah, you read that right. 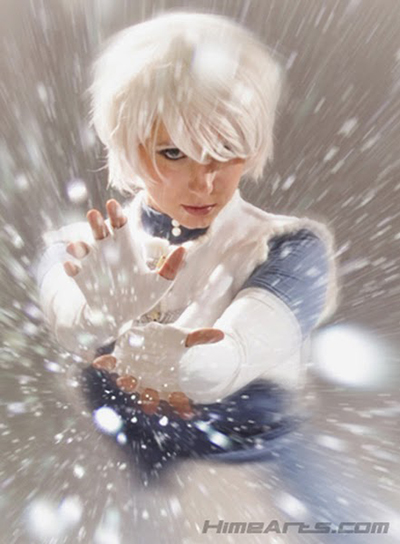 1. What is your name ?
Riddle. I have real name but if you say it more than 3 times I disappear. So it’s on need to know basis. Plus we all need to have secret identities.

2. How old are you ?
I’m old enough to know not to answer that. In cosplay years I’m a grandmother, in general costuming I’m more like a mother,  but in real life I’m 28.

3. Do you read comics and if so what do you like to read ?
I read a few here and there when I was growing up, since we didn’t have a comic book store. Since I have moved to the States I have ravaged people’s collections with a fury. In no particular order I like; Miracle Man, NextWave, Hellboy, Watchmen, Nexus, League of Extraordinary Gentlemen (the are required reading amongst the company I keep), as well as New Frontier * Darwyn Cooke*, She Hulk *Dan Slott *, Empowered, Ultimates, Thor *In Kansas, who knew!*, and Fables.

4. What is your favorite comic book character ?
If I have to pick it would be Empowered.

6. What got you into cosplay ?
The drugs and the sex, I wish I could also say money but none of that there.

Seriously though I started watching a lot of anime when I was in high school, and for Halloween I wanted to dress up as one of the characters- at the time though, I wasn’t aware of what cosplay was . I fell in love with the design of the outfits and the characters. After doing anime cosplay for a number of years combined with rediscovering comic books, I felt moving to comic costumes was the next step. I still do a few anime costumes, but my primary focus is Comic Costumes.

7. If you do more then one character which one is your favorite, and if you do only one do you have some ideas for more costumes? My favorite character is always the one I’m working on; they have to be with all the time and effort being put into it creating the costume. It’s a weird cycle, after the all the headaches of trying to complete the costumes plus wearing it (which I cannot stress enough the importance of comfortable footwear), I fall a little out of love with the costumed character I’m portraying.

Then something else comes along that sparks my creativity and I start the whole thing over again. Not to say I don’t rewear costumes, but it usually has to be a bit of time so I can forget how uncomfortable the footwear was.

8. How long does it take for you to make a costume? I’ve learned not to give a time frame to the completion of the costume, there have been many frustrating moments where I could have a con wearing what I had, but I have made a choice not to do that.  It can be an ongoing process, I really strive for verisimilitude in all my costumes now. So sometimes the simplest costumes can take the longest whether it’s the fabric, wigs, footwear or little details to amuse myself.  I have had costumes take as little as a month to complete and others take as long as 2 years.

Accessories are always the hardest part to any costume. So if I come across a key component of a character that will make the costumes much easier, and cut down the time it’ll take to complete it.

9. Have you met any of the artists or writers that your costume is based off of their work? I have been fortunate to have met a few of artists whose designs I based my costumes off of.  I received
positive feedback which is always nice.

10. Do you buy any toys, busts, etc., and base some of your favorite costumes on them? Yep!  As weird as this sounds my husband started this trend where we try to buy a figure of the characters I have costumed as. One of my favorite things to collect is statues that have a food theme, but I have a variety of Comic and Anime statues and figures.

11. So do people know you dress up like a comic book hero on your free time? I would have to say since most of the people I know are fans or in the comic industry it’s hard to hide the fact. My family (extended included) also know about it. Though none of them are into comics, they actually kind of dig it. I made a calendar for 2008 and all of them wanted copies. That is a little weird to me still. Plus I make a conscious effort to make sure all the conversations I have with people are about me so then I am always the expert in the room.

12.What is the funniest thing that has happened to you at a convention? Costume malfunction 2008… I’ll leave it at that. It wasn’t funny at the time but looking back on it I can get a good laugh. I always say that each cosplayer is going to have 1 major malfunction in their costumed career.

13. Do kids ever come up to you thinking you are the real life character? It has happened a few times, but I think because I tend to costume slightly more obscure characters that most of the kids don’t recognize who I am. But when they do recognize me these are my favorite moments in costumes, it generally happens at the smaller conventions. Zatanna and Wonder Woman are probably the most popular around the children.

14. What are your other hobbies when you’re not costuming? I’m trying to initiate a program where soup and deodorant companies have free samples at every convention, flip flops are illegal, all food is calorie free (therefore cosplay friendly) and teaching sheltered puppies how to bake for the elderly.

I currently work 2 jobs, one as a mold maker and another as an assistant to a comic book artist. When all that isn’t going on, I enjoy eating, sleeping, playing video games (or board games), reading comics/manga, and watching anime. I have an unhealthy addiction to food type shows, but really enjoy TV series like 30 Rock and The Office. I’m very much a homebody, so I will do various projects around my house, and love trying new things. One of the things I really want to work on this year is getting better at garage kits and the Japanese language.

15. Great do you have a website or a myspace so people can contact you? I’m currently in the midst of revamping my website which is called HimeArts. So that’s a bit off line right now but I have a couple other pages I manage: 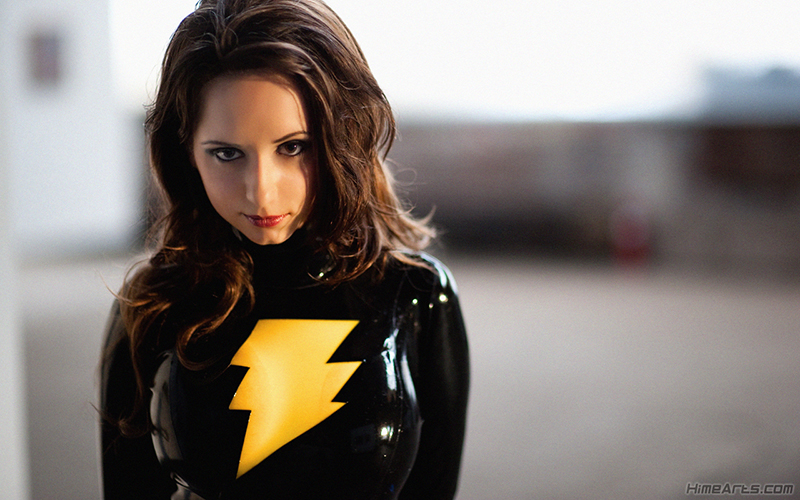 Thanks you one more time Riddle.