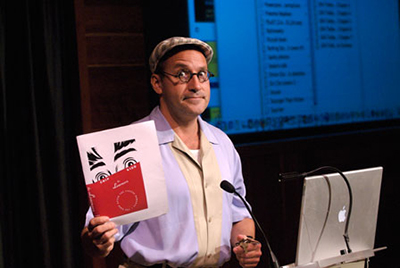 In the publishing world it is extremely rare for a graphic designer to become an art superstar in their own right, but this is exactly what has happened to Chip Kidd.Beginning his career in the mid-80’s, Chip Kidd has earned a reputation for his highly innovative book covers for authors such as John Updike, Bret Easton Ellis, David Sedaris, Dean Koontz and Cormac McCarthy. So admired is his work that several authors have a clause in their contract stating that only Kidd be allowed to design their covers. His most well known book cover is undoubtedly the T-Rex skeleton in profile for Michael Crichton’s “Jurassic Park,” an image so striking that it was carried over to the film adaptation and has become as iconic as any movie logo that has come before or since.

Despite this success in the world of the novel, to me, and many others, the name Chip Kidd will always be synonymous with comics. Very well known as a collector, connoisseur and promoter of comics, Kidd supervises the graphic novel output from Pantheon and has also designed and/or edited several lavish editions on comic art for Chronicle Books.  These include “Jack Cole and Plastic Man: Forms Stretched To Their Limits” (with text by Pulitzer Prize winner Art Spiegelman), “Peanuts: The Art of Charles M. Schulz,” “Batman Animated,” “Wonder Woman: The Complete History” and the beyond eye-popping “Mythology: The DC Comics Art of Alex Ross.” For the latter, Kidd also wrote a Batman/Superman tale specifically for the book that was painted in typically spectacular fashion by Ross.

One thing that becomes clear when giving thought to Kidd’s output is his affection for, and lifelong fascination with, all things Batman. This is certainly never more apparent than in his book “Batman Collected.” This massive 292 page pop-culture explosion, lavishly photographed by frequent Kidd collaborator Geoff Spear, centers on Kidd’s own extensive collection of Batman merchandise. Spanning several decades and incarnations of the endlessly popular caped-crusader, the book becomes more than just a record of one fan’s obsession. It is an example of why the collecting impulse is such an essential part of expressing one’s passion for and enjoyment of the medium, as opposed to the geeky abnormality it is viewed as by most of the rest of the world, which is basically: “A grown man buying toys?!? Unheard of!!!”

Kidd’s most recent Batman related archival project is the 2008 release “Bat-Manga!: The Secret History Of Batman In Japan,” a collection of extremely scarce (and bizarre) comics by Jiro Kuwata from the 1960’s. A second volume is said to be currently in the works. Kidd is also slated to write an original Batman story for DC in the near future concerning the death of Catwoman. 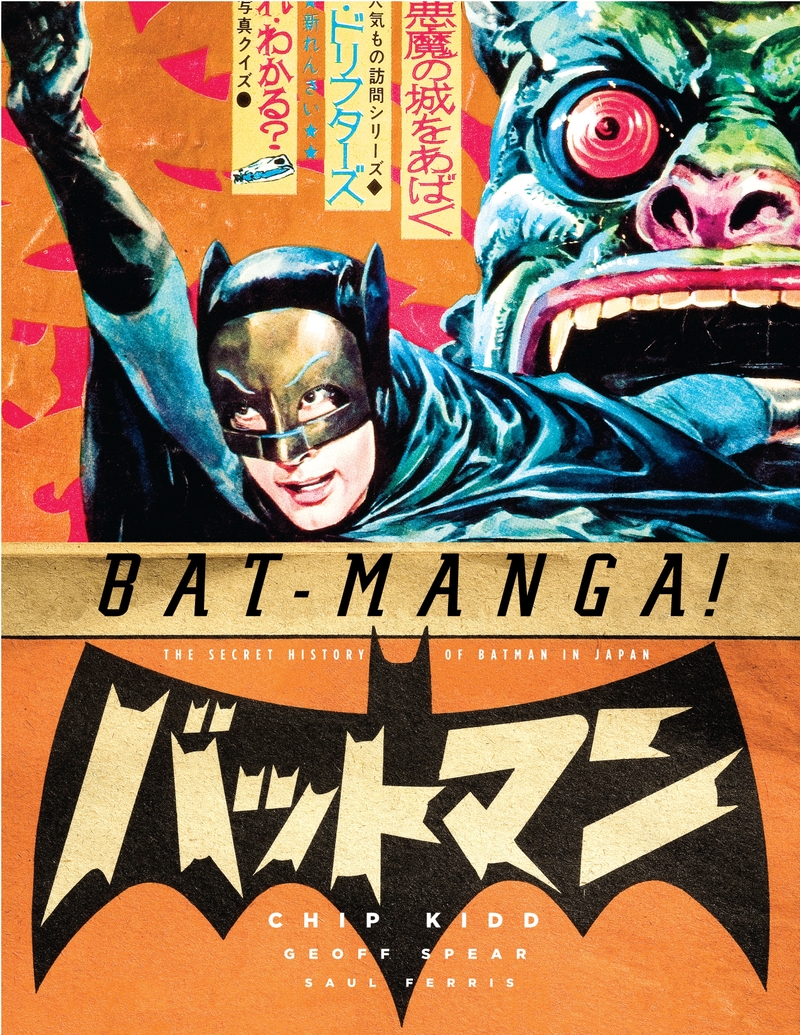 As if the above wasn’t enough Kidd has also written two novels and currently fronts an indie rock band named Artbreak. Not many graphic designers have had an art book produced based on their work, especially one as relatively young as Chip Kidd, but this is exactly what happened to him in 2006 with the publication of “Chip Kidd: Book One: Work: 1986-2006.” A real renaissance man and true visionary of the print world, Kidd has done as much to raise the profile of comic art in America as anyone, including those who sole profession is to create the comics themselves. And for that we should all be very, very grateful.