Cosplay Girl of the Month: September 2009

One of the features we do here at Comic Impact is the cosplay girl (NO anime, manga, role-playing games just comics) of the month, that’s  right hot girls dressing up like your favorite super- hero characters. This month we’re privileged to have Elizabeth-Amber Love as our Cosplay Girl of the Month! Find out  more about Elizabeth-Amber Love and her love for fashion when it comes to the world of costuming. 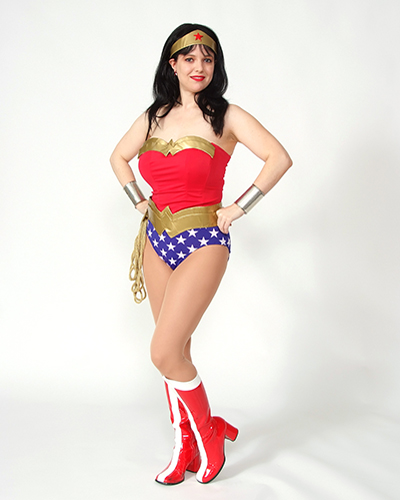 1.   What is your name ? Elizabeth-Amber Love

3. Do you read comics and if so what do you like to read ? Yes, way too many. Mostly DC, Marvel & Dynamite but a few indies like Avatar.

4. What is your favorite comic book character ? Overall, I’d have to say Batman even though I’m not happy with the title at the moment. I’m too engrossed in Blackest Night and all Green Lantern things.

5. Who are your favorite artists or writers? There are so many but my all time favorite artists seem to be the team of Terry & Rachel Dodson; writers change with my mood but I love Paul Dini, Geoff Johns, Warren Ellis, and Troy Hickman

6. What got you into cosplay ? Believe it or not, my friends wanted me to audition for the show “Who Wants to be a Superhero?” so I made a character (Amber the Superhero Stylist) & costume for it but I chickened out every time they had auditions.

7. If you do more then one character which one is your favorite, and if you do only one do you have some ideas for more costumes? I have many costumes now and they are special for different reasons. Wonder Woman is the best to wear because of the instant recognition even by people who aren’t even into comics; my Fantastic Four suit happens to be my most comfortable; Firestar is very special to me because she & Wonder Woman were my favorite characters when I was little and played “pretend” in the backyard with my cousin. 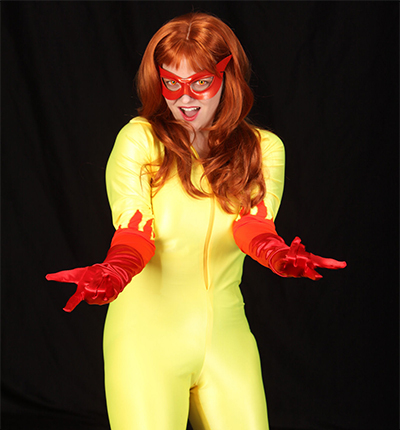 8. How long does it take for you to make a costume? Just the spandex suits don’t take me long anymore. It’s always finding the right accessories or sometimes having to build them that takes the most time. When you’re talking about casting resins and plastics it takes time for those to cure and then paint. As far as calculated time at the sewing machine, I think Harley Quinn was the longest and somewhere around 30+ hours.

9. Have you met any of the artists or writers that your costume is based off of their work? Yes! I got to meet to Amanda Conner a couple of times in my Power Girl suit. It’s not the version that Amanda has created, I figured it was okay to go Old School JSA style with it but I made it out of PVC instead of spandex. I got to put a choke hold on her and take tons of photos. I also got to meet & interview Evan Skolnick who used to write New Warriors when Firestar was on the team and he’s a writer for Marvel Ultimate Alliance II.

10. Do you buy any toys, busts, etc., and base some of your favorite costumes on them? I had to have the Firestar minibust when I saw it. The mask and neckline I designed for my suit are from a different version but the bust is gorgeous. I don’t usually have any space for such things but I just couldn’t resist.

11. So do people know you dress up like a comic book hero on your free time? Yeah, I can’t really hide it since I’m all over the internet now! No secret identity for me. LOL!

12.What is the funniest thing that has happened to you at a convention? Well, they aren’t funny when they happen at the time, but “wardrobe malfunctions” are rather common. My Umbrella Academy pants literally fell apart at NYCC seconds after I put them on. I had some safety pins hold them together to get two pictures at the Dark Horse booth but then I had to change.

13. Do kids ever come up to you thinking you are the real life character? Yes they do and it’s really surreal when that happens.

14. What are your other hobbies when you’re not costuming? I write comic book reviews & interviews for Dynamic Forces and the Girls Entertainment Network and I do weekly video reviews on my YouTube Channel (amberthestylist). I work out at my local YMCA when I can. I have three part time jobs so fitting in activities takes a lot of scheduling. I try to get into City of Heroes at least once a month to catch up with friends. And there’s also my occasional role on the Feedback audio drama (fan spin-off from Who Wants to be a Superhero?). Not to mention all the fundraising I work on such as Wonder Woman Day.

15. Great do you have a website or a myspace so people can contact you? I’m on almost every social networking site out there. The best thing to do is check the links on my main website, herofashions.blogspot.com and I’m a mod at a thesuperherocostumingforum.yuku.com. 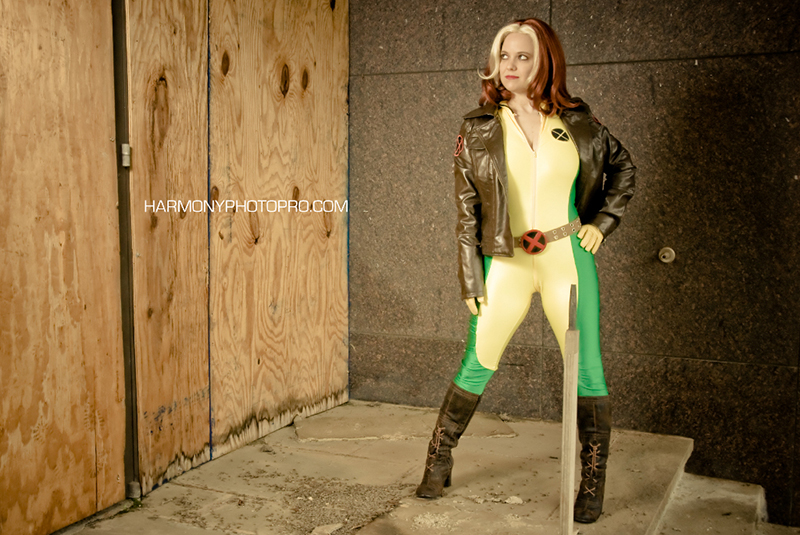