Since writing my last Sequential Sunday entry about the supremely talented artist Mark Schultz, I have been giving much thought to his influences and what the work of those artists have meant to me as well. The name that kept entering my mind the most, one whose work I’ve admired since childhood, is that of Al Williamson. Even though Williamson has had a long and highly esteemed career spanning several decades, the work of his that invariably jumps to my mind is the one that I was exposed to first – his comic book movie adaptations, specifically, the 80’s editions for Marvel of The Empire Strikes Back, Return of the Jedi and Blade Runner. 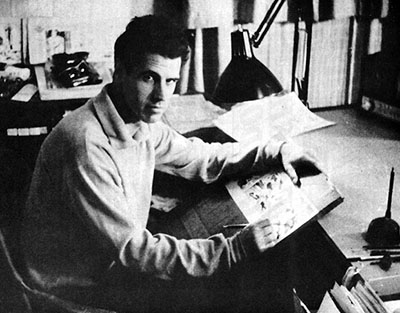 Inspired by the great cartoonists of the prior generation like Hal Foster and Alex Raymond, as well as the great illustrators Franklin Booth and Norman Lindsay, Williamson started his career at the legendary E.C. Comics in 1952 at the age of 21. Here he would produce some of the most beloved and acclaimed science fiction comics off all time along with his fellow E.C. co-creators including Wally Wood, Al Feldstein and Frank Frazetta.

In the 1960’s Williamson contributed to a relaunch of Alex Raymond’s Flash Gordon, a character that has inspired him since childhood. The decade also saw him do a fondly remembered run on the comic strip Secret Agent Corrigan, also a Raymond creation. These however are merely a sampling of the accomplishments Williamson would have under his belt by the time he left the Corrigan strip in 1980 and go on to illustrate The Empire Strikes Back comic book adaptation for Marvel. He did so at the request of George Lucas who had read Williamson’s E.C. sci-fi stories as a child over two decades earlier.

Williamson’s life long love of and respect for science fiction and fantasy in all its cosmic forms made him the perfect choice as the penciler for Empire, along with his collaborators inker Carlos Garzon and writer Archie Goodwin. His ability to visually translate the massively popular film into such dynamic sequential art is a real testament to his skill at portraying action that flows from panel to panel and creating believable, naturalistic alien landscapes.

Comic book adaptations of motion pictures had been around for many decades by this point, but rarely had they remained so faithful to the story of the piece while capturing the flavor of the film like Williamson’s Empire did. There were some minor exceptions to be found though, where a moment in the movie had to be changed due to the overbearing Comics Code that Marvel (at that time) adhered so strictly to.

In 1982, Williamson created the art for the two-issue adaptation of the Ridley Scott masterpiece Blade Runner. Though the film is very different in tone from Empire, Williamson again proves himself to be completely in his element, providing moody, noir-drenched art that captures the gritty and often bleak visions of the film perfectly. 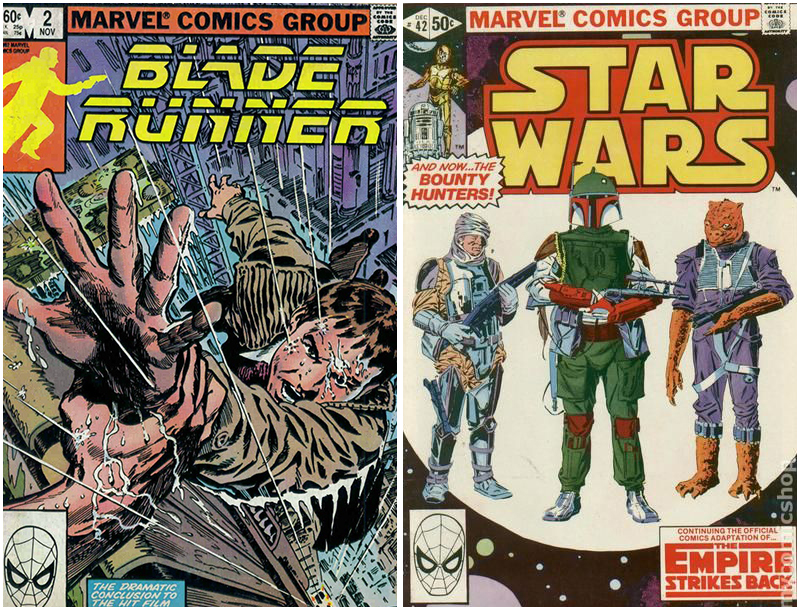 The following year, Williamson, Garzon and Goodwin returned to the Star Wars universe with their adaptation of Return of the Jedi. All the strengths of the Empire adaptation are not only on display again here, but even improved upon on, creating a comic book that really brings the experience of seeing the film back to life for the reader.

These examples, however, are far from the only time Williamson would render the iconic Star Wars characters. He penciled several issues of the then current ongoing Marvel comic book series (where the film adaptations also first saw print before appearing in collected form), in addition to taking over the Star Wars newspaper comic strip from fellow artist Alfredo Alcala. In the 1990’s Dark Horse Comics began producing new Star Wars titles and Williamson again was called upon to revisit the universe that he knew so well and had become so associated with. With all of these factors it is easy to see why Williamson is considered by many to be the ultimate Star Wars comic artist.

Nowadays it is a given that any tent-pole, big-budget studio production will have a comic adaptation and innumerable spin-off comic series. Many of these are not exactly what could be called “successful” as they stray further and further away from what made the original film resonate for its fans. Perhaps today’s creators should take a look back at the Williamson Empire, Jedi and Blade Runner adaptations for Marvel to see what adaptations are like when they’re done right.