In last week’s installment of Sequential Sunday we took a look at the work of the great Al Williamson who passed away on June 12. As an addendum to that article I’d like to give some suggestions to those who’d like to explore the work of this comic art master via some of the books currently in print as well as those that are soon to be released. 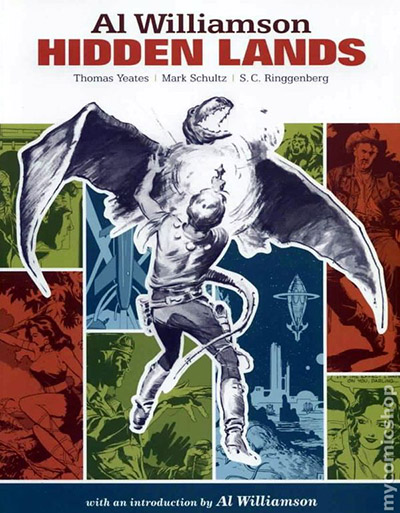 One of Williamson’s greatest influences was Flash Gordon, via the 1940’s motion picture serials he saw as a child, and the classic comic strip by Alex Raymond. Williamson was able to give his own take on the character at various significant points in his career and these works are spotlighted in Mark Schultz’s indispensable, gorgeous book. This volume contains contains what is, without a doubt, some of the greatest science fiction art in all of the comics medium.

This informative, packed with art tome thoroughly covers the first era of Williamson’s career, from the late 40’s, through the classic E.C. years, and on into the early 60’s. Besides being a treasure trove of information on Williamson (and his contemporaries) it also contains no less than 29 complete short comic stories within its 223 pages. A must for comics historians and casual fans alike.

The 60’s Jim Warren comics magazine Blazing Combat lasted only 4 issues before folding due to its anti-war stance, a point of view not very popular in the publishing world in the early days of the U.S. involvement in Vietnam. The entirety of Blazing Combat‘s brief life is collected under one cover in this stunning book. Like its E.C. forebearers Two-Fisted Tales and Frontline Combat, the stories here are easily some of the most beautifully drawn and humanely written war comics off all time. Besides an amazingly illustrated story by Williamson and Angelo Torres, there is also top-notch work by legendary names like Alex Toth, Wally Wood, and Gene Colan. 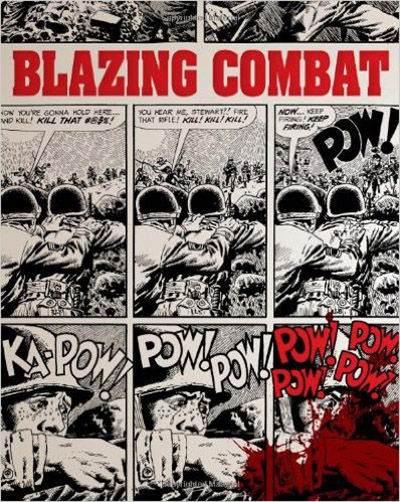 The creative stranglehold comic books were placed under after the Comics Code was established in the mid-50’s had no effect on the work contained in the pages of the Warren magazines Creepy and Eerie. Started in the mid-60’s, their magazine sized format gave them a loophole from the Code’s censorship tactics and brought horror genre work back to many E.C. greats like Williamson, Wood, Joe Orlando, and Frank Frazetta.

Though Williamson’s work was frequently seen in the pages of Creepy and Eerie, a particularly great story by him (and written by Goodwin) is in the first volume of the Creepy Archives prestige format collections. Titled “The Success Story” it concerns an ambitious (and murderous) cartoonist, the lengths he goes to to get ahead, and the undead repercussions he’ll face later for his actions.

Williamson’s name has been very closed associated with Star Wars, beginning with his (and Goodwin’s) stellar adaptation of Empire Strikes Back.

He would go on to illustrate many more tales from the Star Wars universe (including the Return of the Jedi adaptation) for Marvel in the 80’s. Since acquiring the Star Wars comics license the following decade, Dark Horse has kept the popular Williamson illustrated stories in print in one form or another. The Empire and Jedi adaptations (as well as the entirety of Goodwin and Williamson’s run on the Star Wars newspaper strip) were released in a 20 issue series in the 1990’s.

Back issues of these are easy to find, although the always available Star Wars Omnibus volumes are perhaps are the simplest way to go.

Though this one hasn’t been in print since 1982, special mention must be made of the amazing Blade Runner adaptation by Goodwin, Williamson, and Carlos Garzon. 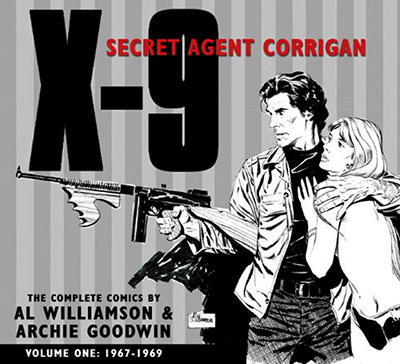 Very faithful to the tone and feel of its source, this may be the best movie-to-comics adaptation of al time. Fairly easy to find is both the two issue mini-series (regular format) and the much better produced Marvel Super Special #22 which is printed on better paper, with much improved reproduction and colors, a movie photo gallery in the back, and a spectacular painted cover by Jim Steranko.

IDW has been doing an amazing job lately of assembling treasury format editions of classic comic strips such as Dick Tracy and Little Orphan Annie. This trend continues in August with the publication of the first volume of Williamson’s superbly drawn X-9: Secret Agent Corrigan adventure strip, written by his good friend and frequent collaborator Archie Goodwin.

With a strong fan base that grows larger with each new generation of comic book readers, Al Williamson is a name that will always stand for dazzling technique, razor-sharp artistic precision, overflowing imagination, and, running through it all, a complete belief in humanity and the heroic ideal. Pick up one of the books mentioned here and you too will surely see why.