With the Long Beach Comic Con 2010 (Oct. 29-31) fast approaching I would like to bring attention to some of the great guests appearing from the world of independent art and publishing. 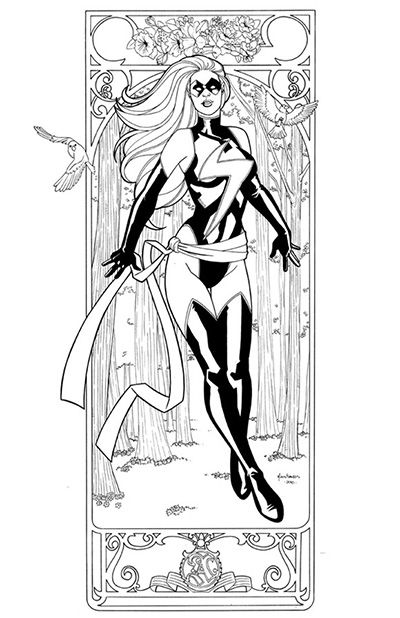 There are a lot of big mainstream names (J. Scott Campbell, Jimmy Palmiotti, and Amanda Conner amongst others) and established comic book icons (Bernie Wrightson, Howard Chaykin, and Mike Mignola) set to appear. These are can’t miss talents to be sure, but please make time to visit the following folks as well and get to know their work (if you don’t know it already) and I guarantee you won’t be disappointed. One common thread at any comic con is that the most original and exciting work you’re going to see will not by any means be restricted to the tables which have a line stretching across the convention floor.

Fans of Good Girl art will likely need no introduction to the work of Dean Yeagle. A veteran animator and frequent contributor to Palyboy, Yeagle is primarily known for his character Mandy and his art & sketchbooks are always popular with convention goers.

Artist Mark Dos Santos is making a big impression in independent comics with his work appearing in books like Cthulhu Tales, Eureka, and It! The Terror from Beyond Space. I really like the art noveau detailing he uses in many of his character portrait pieces.

Proving that the apple doesn’t fall far from the tree, the very talented Joel Adams (son of Neal) will be on hand at the con. Pick up his Girls, Girls, Girls: The Art of Joel Adams sketchbook and while you’re there inquire about original art for sale penciled by Joel and inked by his legendary dad!

Don’t miss out on the dynamic fantasy art by Michael O’Hare while in the Artist’s Alley at the con O’Hare also has quite a knack for depicting super heroics as well, as the Lobo vs. Superman . You know, I have nothing against Superman, but I do wish that Lobo was actually the one handing out the beat down here. 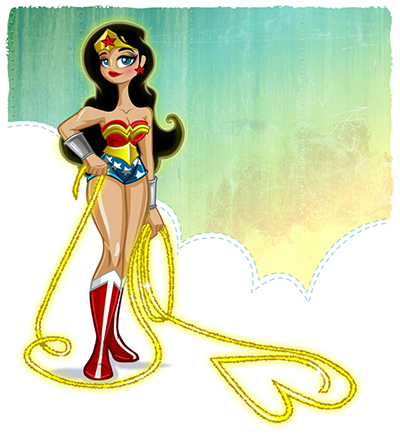 For a quick dose of playful good heartedness be sure to check out the art of illustrator Nhu Quynh Diep. Her vibrant and extremely well designed work recalls childhood memories via a warm palette reminiscent of children’s book illustrations of the past.

Last, but certainly not least, (and completely switching gears here) is the mention of  the great horror comic artist Tim Vigil. His comic Faust (done in collaboration with writer David Quinn) is, over twenty years after its debut, still the gold standard for gruesome, adults only horror comics. More recently Vigil has produced extremely impressive work for the Frazetta inspired Dark Kingdom from Image Comics.

Absolutely do not miss the chance to look at his portfolios as they may contain (amongst a ton of other great stuff) the almost impossibly detailed pencil drawings he’s done based on classic Frazetta imagery I saw at last year’s LBCC.

If you live in the Southern California area (or even if you don’t) I hope you can make it to the second annual Long beach Comic Con. Last year’s event was a ton o’ fun and I think this year’s will be even better yet. Plus, Hollywood hasn’t sunk it’s eternally greedy little fingers too deeply in this event yet. Imagine, a convention in the year 2010 (that isn’t APE) where the emphasis is still on comics. What a concept!