Cosplay Girl of the Month: March 2011

One of the features we do here at Comic Impact is the cosplay girl (NO anime, manga, role-playing games just comics) of the month, that’s  right hot girls dressing up like your favorite super- hero characters. This month we’re privileged to have Olivia  for this months Cosplay Girl of the Month! 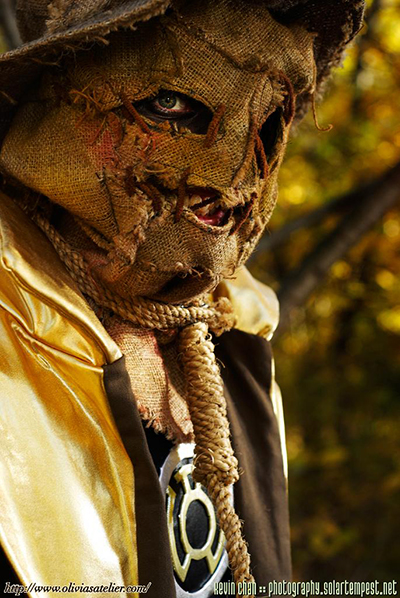 1-What is your name?
Olivia, though I am formerly known on the interwebs as Uta Arashi.

3-Do you read comics and if so, what are your favorite titles?
Of course I do! Some of my favourites are…well, I started out my collection with Green Lantern when the new series started up in 2005. From there I gathered a whole bunch of Batman trades, finding the Hush series to be extremely awesome. At the same time, I started collecting the Catwoman trades from the time after she had the baby, as well as Green Arrow/Black Canary. From my shelf, those would probably be my favourite. As you could probably tell, I’m definitely more of a DC kind-of girl.

5-Who are your favorite artists or writers?
I’m a big fan of Alex Ross’ work. He’d probably be my favourite. A few notable others are Paul Dini, Dustin Nguyen, Eric Vedder… I honestly don’t pay as much attention to who worked what I’m reading as I should.

6-What got you into cosplay?
I’d been going to conventions for a couple years before I started cosplaying, and seeing how much fun it was for other people, I decided to give it a shot. I’d always loved dressing up for Halloween and wearing costumes in general, so I suppose it was an easy transition. It certainly helps that my mother loves dressing up almost as much as I do.

7-If you do more than one character which one is your favorite, and if you do only one do you have some ideas for more costumes?
From just my comics costumes, my favourite would probably be my Emma Frost. The entire thing was just a huge learning experience, and it came out a lot better than expected. Unfortunately, the costume destroyed itself in storage, so I have to remake the entire thing. I also really liked my Disemboweled Mary Jane, but it also…died. I’m currently working on Black Lantern Ice, remaking my Black Canary, and Star Sapphire Wonder Woman though. I’m really excited for those.

8-How long does it take for you to make a costume?
Well, that’s a tough question too. Realistically, it can take anywhere from a couple hours, especially if most of it is a closet costume, to…months. I’ve got one costume that I’ve been working on for almost two years now, and still can’t seem to get it just right.

9-Have you met any of the artists or writers where your costume is based on their work?
I actually have not. Most of the time if I’m in a costume at a convention, I’m too busy to actually see any of the guests. It’s actually kinda sad. Though George Perez was at both the Teen Titans and DC comics shoot at Dragon*Con. That was neat. My costume wasn’t based on his work though.

10-Do you buy any toys, busts and etc. based on some of your favorite costumes?
Not always based on my costumes, but I do buy a whole lotta figures, usually of some other sexy ladies. I’ve got shelves and shelves of them. It’s almost scary. 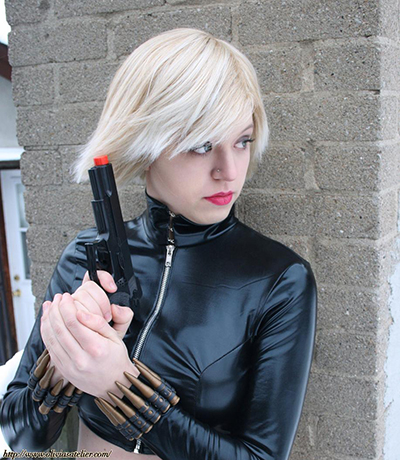 11-So do people know you dress up like a comic book hero on your free time?
They do! I’ve always been of the mindset that it’s such a huge part of who I am, it seems silly to hide it from people. If they find it weird, or don’t like me because of that, then I probably don’t want them as my friend anyways.

12-What is the funniest thing that has happened to you at a convention?
I can’t think of many examples off the top of my head. One that stands out in my mind right now is from Dragon*con while I was walking around in Soranik Natu. A random guy in a line called out to me, “That is the sexiest Sinestro I’ve ever seen.” Admittedly, it confused me more than anything at first, but I look back on it now and laugh.

13-Do kids come up to you and think you are the real life character?
I’ve never really had children come up to me while I’m on my own, but I have heard parents tell their children things like, “yes, that is Wonder Girl”. It’s not really the same thing.

14-What do you like to do when you’re not costuming, such as other hobbies?
Other…hobbies? I kid, of course. In my other spare time, I read books (mostly fantasy or sci fi), watch movies, read comics, play so many video games, and cook. I love cooking.

15-Do you have a website or a MySpace? So people can contact you?
I don’t actually have a MySpace..

Also, most of my photos are taken by the ever talented Solar Tempest. You should also check him out: http://photography.solartempest.net/ 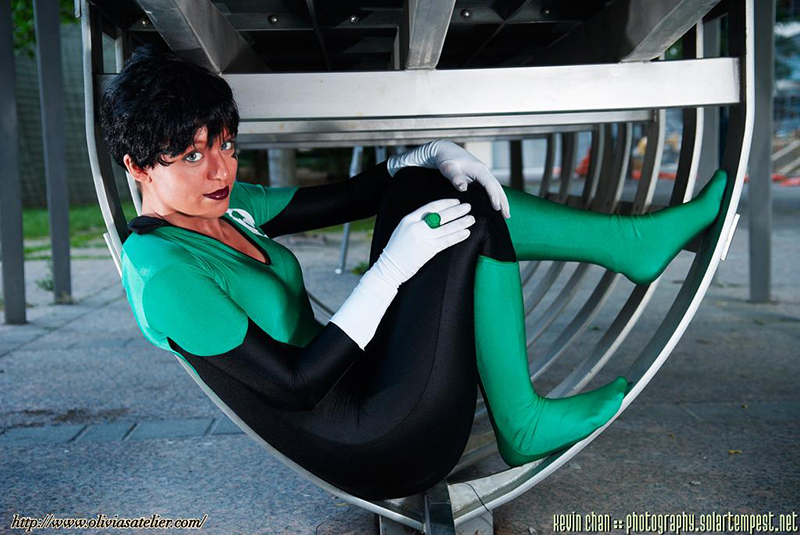