AH! What a lovely day for blood and terror. I feel like “June Gloom” is a missed opportunity for a lot of horror to be watched and read. It has an added benefit of the sun breaking through, much the way it does at the end of a vampire or monster movie, providing the main characters with hope. Personally, I find it adds to the kitsch factor, which is not always a bad 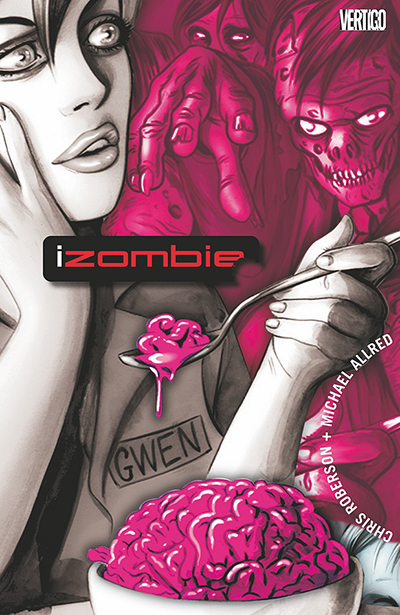 thing. Sometimes clichés are clichés for a reason. Welcome to Horror on the 13th – the “June Gloom” edition! Once again, I’m forced to choose between a number of excellent horror titles, but – since June also happens to be my birthday month – I decided to go with some personal favorites. I will touch on more of the recent June books in my horror segment on “Did You Catch All That?” On to the horror that makes me tingle with happy!

I think we’ve established on Comic Impact that I enjoy new spins on old ideas, especially when it comes to delicious, delicious horror. It seems that everything has been done before, so the only things we have to look forward to are creative minds finding new ways to make old ideas not seem so old. Have you read iZombie? That is exactly what I mean! The zombie mythology has been done over and over again. I mean, we can spin it every which way we want, but at the end of the day, a zombie is a mindless, brainless creature that attacks, bites, and eats flesh (mostly, well, brains), spreading its disease to the unlucky recipient of the bite. Or is that the case? Enter, Gwen. She is a zombie, but only has to eat brains every now and then. She can even live off of dead brain tissue. It’s essentially vampire rules. Without the brains, she will waste away. Gwen will rot the way a corpse does and start to lose her humanity. She is able to maintain who she is through her sustenance. In Gwen’s case it happens to be brains. It puts kind of a time clock on all her exploits and adventures and makes it difficult to develop relationships with people. Who would have ever thought that I could relate to a zombie? Clearly Chris Roberson and Mike Allred did!

Moving on, to a classic character in the realm of horror comics – could I really write another one of these columns without mentioning Hellboy? He’s now part of a new mini-series: Hellboy: The Fury. This time, he is trying to prevent the power of a sword from coming back and raising ancient demons. There’s always action and there’s always demons. I think the best part of Hellboy is that Mike Mignola is so brilliant at incorporating mythology from everywhere into the Hellboy stories. This time, the enemy obtained immortality by drinking from the Holy Grail. So much awesome is formed every time this creature is brought into a new book. I love the character of Hellboy, because he is all about choice. He understands that his choices are what make him who he is, not anything else. He does not have to be bound to what the history books could have written as his fate. He is more than where he comes from. I think that’s the appeal of a demon that fights for good. At least, that’s always how I understood him.

Now, what happens when a person restarts their own series and re-imagines their own ideas? Hack/Slash happens. Granted, creator Tim Seeley kept the concept and characters from his original work, so it’s not like he dumped everything and started over. However, with the move to Image Comics, I feel like Seeley was able to give more to the comic, its characters, and (ultimately) us as readers. Cassie Hack is one of the best lead females in horror comics right now. Her sarcasm is coupled by an extremely creative mind that can get the job done against the “slashers”. More so, she is a partner and a leader to Vlad and her team. I mention partner first, because she works with them towards a common goal. However, her sometimes abrasive personality makes her naturally tell people what to do, hence, the position of leader. If you’re not already in love with Cassie, then pick up this book for zombie-like creatures and people immune to acid through witchery. 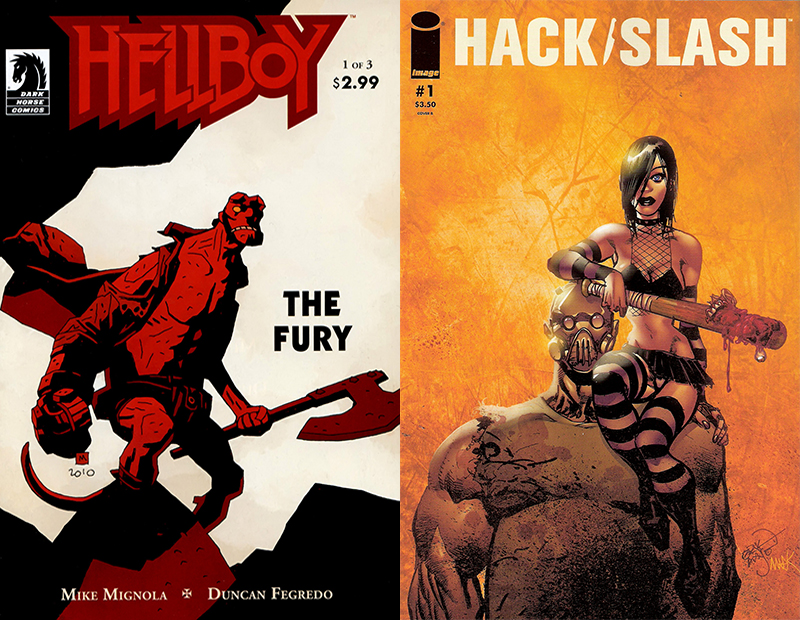 And so I move closer to my birthday, and we all move closer to the zombie apocalypse. Worst case scenario, we have a Walking Dead apocalypse combined with the “slashers” from Hack/Slash and the disgusting Crossed monsters. Best case scenario, we wind up like Gwen in iZombie with Hellboy on our side. I’m hoping for the latter, but I could totally pull a Cassie Hack in the former. I’ll be the one in the short shorts with a shot gun.

Until the next 13th…