Cosplay Girl of the Month: August 2011

One of the features we do here at Comic Impact is the cosplay girl (NO anime, manga, role-playing games just comics) of the month, that’s right hot girls dressing up like your favorite super- hero characters. This month we’re privileged to have Liz Fairfax  for this months Cosplay Girl of the Month! 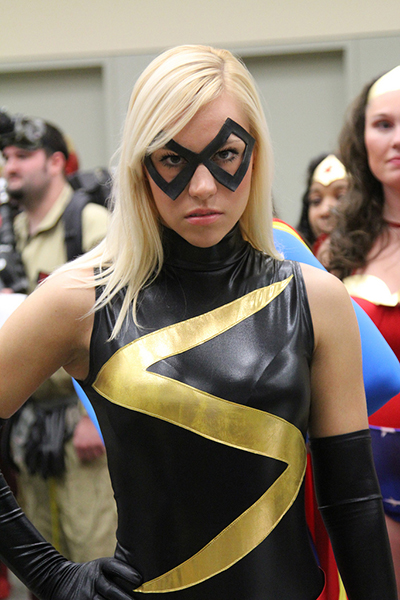 1-What is your name?
Liz Fairfax

3-Do you read comics and if so, what are your favorite titles?
I do read comics, when I’m not working…which leaves very little time too. Guess I should start getting back into them…I’ve been out of the loop lately.

4-What is your favorite comic book character?
Ms. Marvel. I like the fact that there is actually a woman in the Marvel Universe that is respected as much as the rest of the guys, yet has the time to show off her more feminine side. I loved the issue where her and Peter Parker go on a date! It shows off her more down-to-earth nature, and that’s something you don’t usually get to see with heroines like Wonder Woman. I also like Pepper Potts, because there is no way Tony could do anything he does without her help. She essentially runs his life!

5-Who are your favorite artists or writers?
My very first comic was Teen Titans, and I absolutely loved Geoff Johns writing.

6-What got you into cosplay?
Some of my friends from college. They got me to read Teen Titans before my first comic con, then I became hooked. We all then dressed up as the Teen Titans at NYCC. It was lots of fun, and Dan Didio kept following us around!

7-If you do more than one character which one is your favorite, and if you do only one do you have some ideas for more costumes?
Well OBVIOUSLY Ms. Marvel is my favorite! Unless it’s Winter, then it’s not very nice to walk outside in that suit! I’ve got a bunch of things planned in the future! I try and make a new costume every year. I’ve got Fran from Final Fantasy XII planned, as well as Batgirl (Stephanie Brown), and Dagger.

8-How long does it take for you to make a costume?
Since I have absolutely no talent in sewing, I get some outside help from people I know.Since I’m an avid shopper, I usually take a few weeks to a few months looking around in all sorts of places for pieces to put together.

9-Have you met any of the artists or writers where your costume is based on their work?
At NYCC ’09, I went as Cassie from Teen Titans. Before a DC panel began, Sean McKeaver noticed me from up front, and came over to take a picture of me. I also have met Greg Horn, an artist whose piece of work I recreated as Ms. Marvel holding an Iron Man helmet. 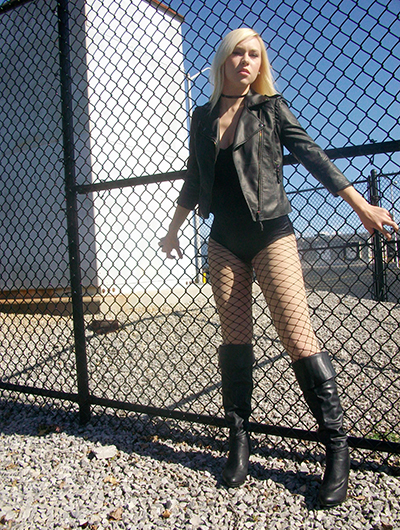 10-Do you buy any toys, busts and etc. based on some of your favorite costumes?
I try and hold off with the Toy’s and Busts! I’d much rather find some rare comics and spend my money on those! I also like collecting prints and sketches from artists I like!

11-So do people know you dress up like a comic book hero on your free time?
Some do, some don’t. Even my manager knows, and always asks me if I’m going to dress up before I leave for a con!

12-What is the funniest thing that has happened to you at a convention?
Nothing that I can think of that’s funny. But I think it’s funny when some people take a picture with me, then after they ask me who I’m dressed up as…and I thought I had to brush up on my comics 😉 I guess I’m a lot geekier than I look!

13-Do kids come up to you and think you are the real life character?
I don’t think a lot of kids know who Ms. Marvel is! She hasn’t been in a lot of cartoons unfortunately. I do get a lot of older men that come up to me that act as shy as a little kid though!

14-What do you like to do when you’re not costuming, such as other hobbies?
I use to be a big competitive swimmer most of my life, now I’ve gotten into running 5k’s and half marathons in my spare time. 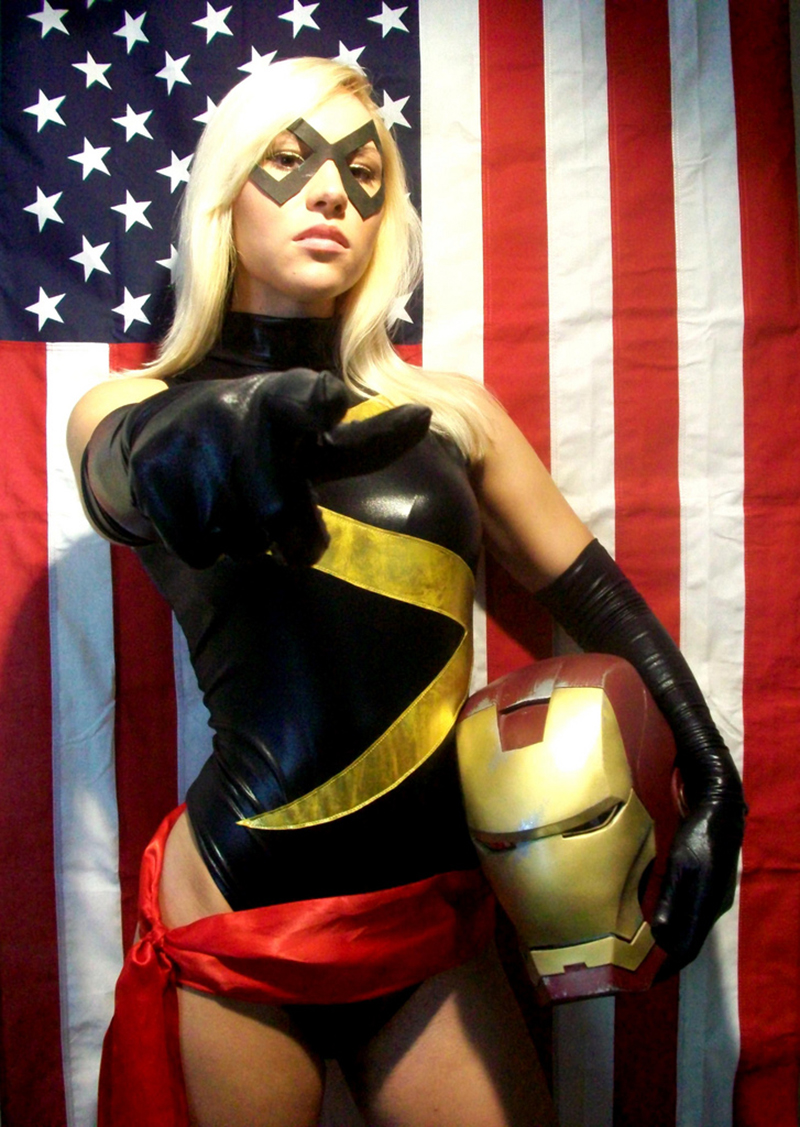