Sequential Sunday: Escape To The Indies With Archaia 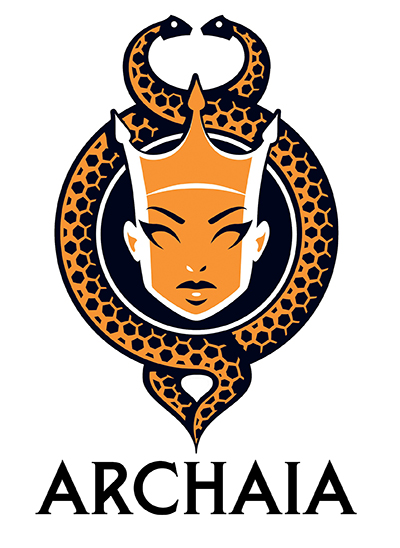 It’s interesting to note the amount of conflict and turmoil “the big two” comic publishers are willing to inflict on their faithful and loyal readers, readers that without whom they wouldn’t exist. Relaunching, rebooting, renumbering, and the killing off of time-tested characters are some of the ways the majors shake beloved, long established universes up. There are two goals that can be achieved by doing this, and they rarely go hand in hand:

Whether such books fail or succeed, in artistic or financial ways, will usually depend on the talents employed on a particular title. Still, in the end, the only real victim is the emotionally invested fan who has to witness potentially decades of slavishly followed, deeply layered continuity flushed down the four-color toilet, all for the sake of a two month sales boost. It’s interesting how whipped into a fury a fan can get when, say, a major publisher relaunches their entire line of books, only to be lured back to line up faithfully when those new titles are released. If this rocky relationship between publisher and reader were a flesh and blood one it would be time to call in the social workers. The good news is that there is a way to break the cycle of mainstream fan abuse: read independent comics.

This brings us to an indie publisher whose releases touch on nearly all genres within the medium and display an unwavering commitment to quality in both artistic terms and the presentation of the material itself: Archaia.

Founded in 2002, Archaia has grown to become a leading name in independent comics, and boasts a slate of dozens of eclectic books under their belt. Archaia releases are in fact a great way for a mainstream reader to test the waters of the indie comics world as several of their titles reside solidly in the popular realms of fantasy, sci-fi, and horror. Landing boldly in the latter category is Feeding Ground by writer Swifty Lang, artist Michael Lapinski, and designer Chris Mangun.

A highly original werewolf tale soaked with a sun-bleached, south of the border flavor, Ground concerns one Diego Busqueda who dreams of leading his family to a better life north of the Arizona/Mexico border. This journey is made even more lethal by the wolf-like creatures that roam the desert and wish to turn his family into their newest recruits. 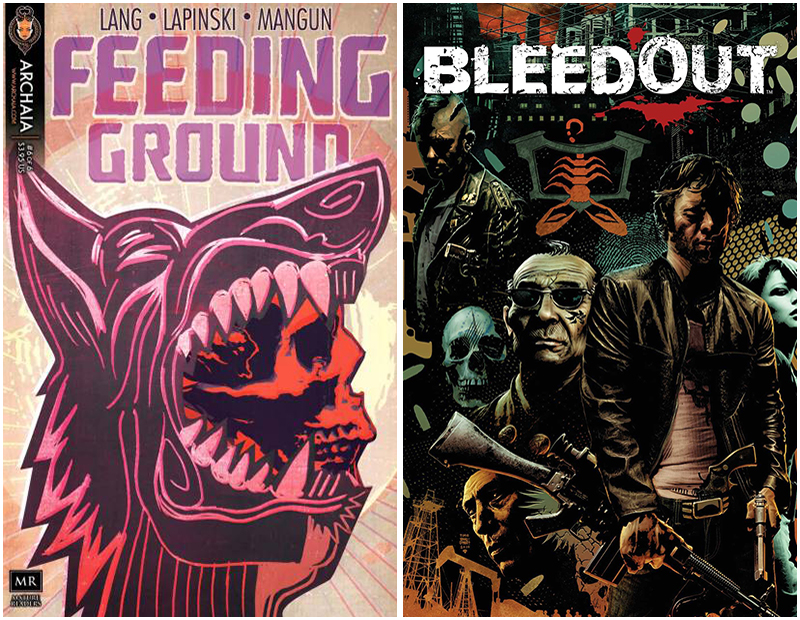 Also complicating matters is the heavily armed “Minutemen” forces that patrol the border and wage war against said tribe of monsters who are seen as an invading menace from the South.Ground doubles very well as an allegory of the volatile situations that play out every day along the border as those who dream of a better life to the North see their hopes crushed by Americans who say there just aren’t enough dreams to go around. Also highly notable is the vivid art which, with its bold lines, offset printing, and photo-referenced backgrounds are more reminiscent of the more urban influenced facets of pop-surrealism than anything else you’re likely to find on the comic store shelves.

The six issue mini-series is available September 20th in two separate volumes, one in English, the other in Spanish.

Not quite horror, but certainly plenty dark is Bleedout, a hardcover graphic novel based on the bleak post-societal breakdown online game of the same name.

Written by Mike Kennedy, and drawn by a stable of top industry talents like Howard Chaykin, Glenn Fabry, and Ben Templesmith, Bleedout fleshes out the backstories’ of the denizens of Sunrise City, a vicious metropolis run by gangs and mobs who rule freely with no law enforcement or government agencies in existence to keep them in check. 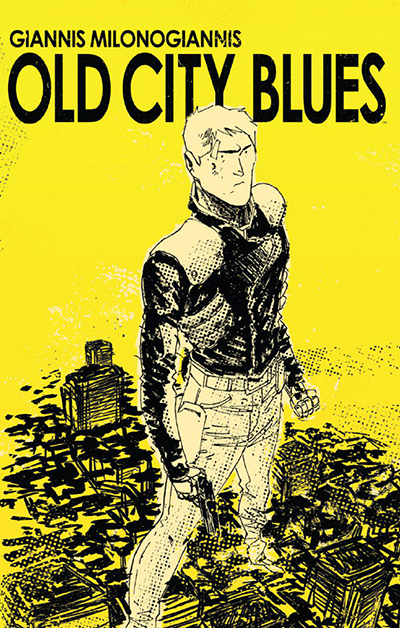 Comic books based on video games are almost always a dicey proposition at best, but Bleedout is a rare exception in that one who is not familiar with the game (like me) can still have a fully enjoyable reading experience. Also of note from a design standpoint is that the book’s jacket cover has an unusual tactile pattern to it meant to simulate the feel of a leather jacket, much like the one Bleedout‘s antagonist Pilot wears. This bit of book design is telling of the care in presentation that Archaia never fails to exhibit.

Another near-future scenario is presented in Old City Blues, a hardcover collection of the popular web comic by Giannis Milonogiannis.

Wearing his influences affectionately on his sleeve (namely Blade Runner, Shirow’s Ghost in the Shell & Ottomo’s Akira) Giannis shows us “New” Athens circa 2048, 30 years after a flood destroyed the city which was later rebuilt by a massive Japanese conglomerate known as the Hayashi Corporation.

As the book opens Detective Solano and the Special Police are called in to investigate the murder of the Corporation’s head, a man who had been obsessed with replacing his human body with cybernetic parts.

As the investigation deepens and conspiracy theories abound, the detectives are led into the labyrinthine slums of Old Athens, the only section of the city still standing from before the flood and a haven for those who wish not to be found. Their investigation there leads them in part to clues kept on the most rare of data management systems: words written on actual paper.

Old City Blues is a brisk, fast paced read which hints heavily at a much larger story that is yet to come. I’d also like to note how unique it is to read a comic so heavily laden in Zip A Tone-esque shadings (or perhaps its computer generated equivalent). Still common in manga, but rarely seen in American comics anymore, all those thousands of tiny shaded dots had me nostalgic for comics I read as a child, long before the days of unnecessary reboots, relaunches, and renumberings.