Cosplay Girl of the Month: October 2011

One of the features we do here at Comic Impact is the cosplay girl (NO anime, manga, role-playing games just comics) of the month, that’s right hot girls dressing up like your favorite super- hero characters. This month we’re privileged to have Demi for this months Cosplay Girl of the Month! 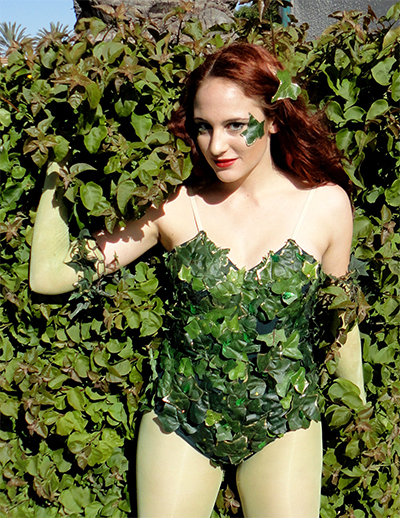 3. Do you read comics and if so, what are your favorite titles?
Some of my all-time favorites are Scott Pilgrim, Kick-Ass, Astounding Wolf-Man, Deadpool Corps, Walking Dead, and Gotham City Sirens.

4. What is your favorite comic book character?
Deadpooooooool! I’m not a very serious person, so I admire the fact that he is a smart-ass and has a general disregard for other people and says and does things I never could.

5. Who are your favorite artists or writers?
Robert Kirkman is awesome!!!! Although I’ve met him a few times and I’m pretty sure I creeped him out…

6. What got you into cosplay?
I’ve been dancing since I was 3 years old so I love performing and I’ve always played dress-up. My mom can make super awesome costumes and would kind of just make me whatever I was into…some of my first ‘cosplays’ between the ages of like 3 and 6 were the pink Power Ranger (Mighty Morphin’ FTW), Pocahontas, and Poison Ivy. There came a point in middle school where I realized that my definition of a costume was much different from the other kids’…I never got the concept of dressing up like a sexy Crayon for Halloween and probably never will. So my more serious cosplaying started when my family started going to midnight showings of movies dressed up in costume, like Star Wars and Pirates of the Caribbean, and then we went to my first San Diego Comic-Con when I was 16. My mom, brother, and I like to cosplay as our own little group, and I wouldn’t be as into it as I am today without the wicked awesome talents of my beautiful mom. From Marvel to Tim Burton characters she’s always been the one putting costumes together.

7. If you only do one character who is your favorite, and if you only do one do you have ideas for more costumes?
I do quite a few characters, from both comics and movies, and am starting to refine my favorites. I’m pretty shy in ‘real life’ and each character brings out something different in me, whether I’m bubbly Giselle (from Enchanted) or the badass Black Widow. I really couldn’t choose, they each hold a special place for me. And of course there’s always ideas for new costumes floating around in my head, it’s just a matter of the time/resources of me and my mom.

8. How long does it take for you to make a costume?
Well like I said my mom makes almost everything, I tend to be the hair/make-up person. The first costume I did totally by myself was my current Poison Ivy. The first night that I started it I was so excited that I worked on it for 8 hours without stopping and got halfway done with putting the leaves on…aaand after that I took it slower because I knew I had a few months before I actually needed to finish it. Between the leaves, tights, and gloves it probably took around 20 hours of total work time, and I’m very proud of it!

9. Have you met any of the artists or writers where your costume is based on their work?
Well I do a lot of other genres of cosplaying, a big one being Tim Burton characters, and I got the opportunity to meet him recently. Not in costume unfortunately, but I got to tell him that he’s my favorite person!

10.Do you buy any toys and busts etc. based on some of your favorite costumes?
I do have a Black Widow action figure, a Giselle Barbie, and one of those little Ramona Flowers plushies. I collect a LOT of toys and stuffed animals based off of things I like but not necessarily my costumes. I am also really big into buying posters, t-shirts, and bumper stickers of stuff that I like. My car is very recognizable 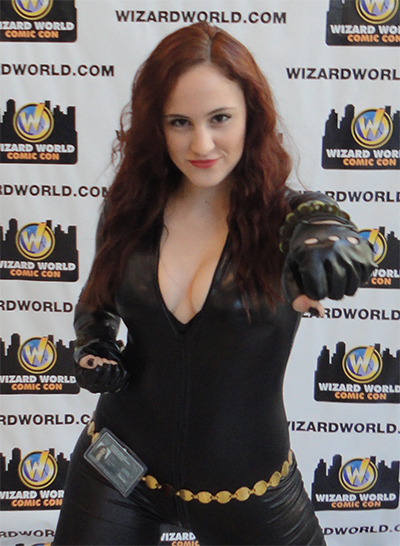 11. So do people know you dress up as a comic book hero in your spare time?
Definitely, it’s a big part of my life and something I love doing so I see no reason not to share it with people. I even wrote one of my college application essays about cosplaying! (And yes, I got into the school)

12. What is the funniest thing that has happened to you at a convention?
My whole first comic con experience was one big embarrassing moment. I eat a LOT, and we didn’t want to have to buy food, so I suggested we bring food in backpacks for the whole day, but I ended up packing us a ridiculously huge hobbit-like amount of food to the point where our backs hurt by the end of the day. Between the giant backpacks we carried with our costumes and being lost and overwhelmed the entire time it’s just funny to look back on knowing what I know now.

13. Do kids come up to you and think you’re a real life character?
As most people who know me will tell you, I am absolutely horrible with children. But as a character I find it a lot easier to deal with them, plus I don’t want to be rude and crush their dreams and ruin their childhoods. Anytime I do Disney stuff there’s little girls who think that I’m the character and it’s really sweet.

14. What do you like to do when you’re not costuming, such as other hobbies?
Well I’m a dance major in college right now, I’ve trained in lots of different styles such as ballet, tap, modern, jazz, and musical theater, and just love performing. I’m a Disneyland annual passholder and you can basically find me there every week. I’m really big into watching movies, old and new. I like go to midnight shows of Rocky Horror Picture Show. I also really like all styles of rock music and love going to concerts! 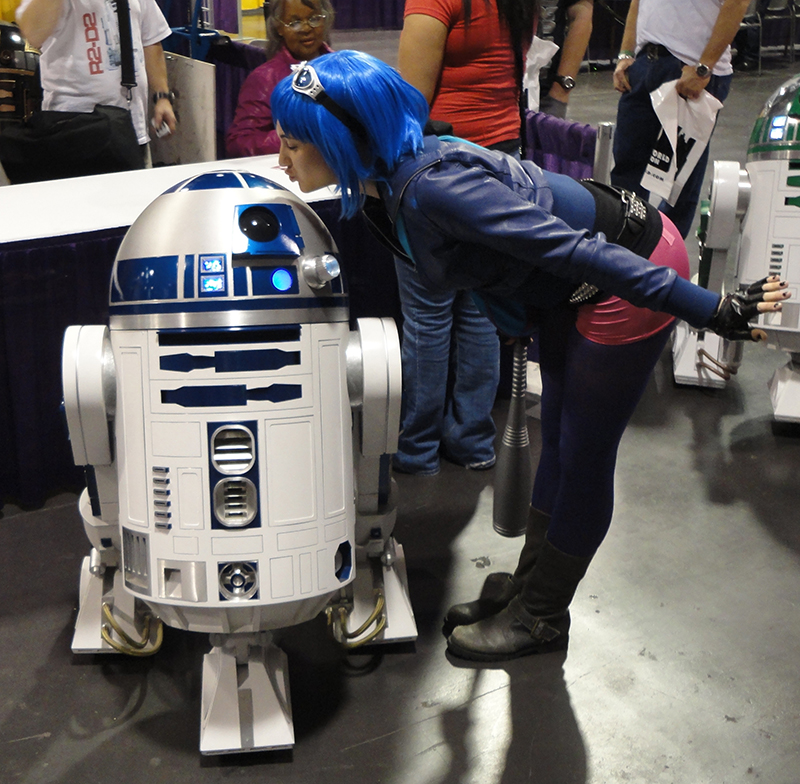