Cosplay Girl of the Month: December 2011

One of the features we do here at Comic Impact is the cosplay girl (NO anime, manga, role-playing games just comics) of the month, that’s  right hot girls dressing up like your favorite super- hero characters. This month we’re privileged to have  The Cosplay Scion   as our Cosplay Girl of the Month! 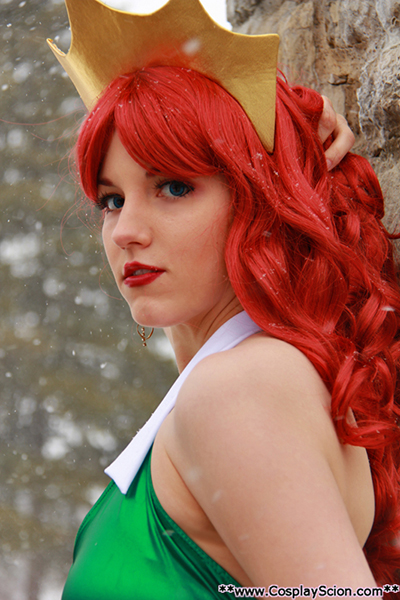 1-What is your name?
My name is Lee, though I go by The Cosplay Scion

3-Do you read comics and if so, what are your favorite titles?
I do indeed read comics. I actually read so so many different titles, from all across the spectrum. However currently my favourites have been Zatanna, Batman Beyond, and also basically anything Mike Mignola does. I don’t know why but I always, always love his things (so I am currently keeping up to date on all of his running titles).

4-What is your favorite comic book character?
This one is a tough one, though I think I would have to go with Abe Sapien. I have always loved Abe. Though I can also think of a whole whack of characters who are very, very close behind. Batman, Catwoman, Wonder Woman, Zatanna, Psylocke, The Amazing Screw on Head… I really could go on forever!

5-Who are your favorite artists or writers?
As I am sure you can guess from my last two answers my front runner would definitely be Mignola, though I also adore Paul Dini, Alex Ross, Greg Horn, and Bruce Timm.

6-What got you into cosplay?
I had wanted to cosplay since I was quite young, but I had never really had the push to do so. Then I started working at a fabric shop and met a very good friend of mine. One day we were working together and I mentioned how I had wanted to make Lulu’s dress from Final Fantasy X since the very first time I saw her. After saying that she belted out “I’ve always wanted to make a moogle costume!” and everything fell into place from there! I went to my first convention dressed as Lulu with my friend as her Moogle. After that I was hooked!

7-If you do more than one character which one is your favorite, and if you do only one do you have some ideas for more costumes?
My favourite character to cosplay as would likely be Wonder Woman. I have always loved Wonder Woman, she is such a strong independent woman. I have done a few different costumes of her so far and I plan on making a few more in the future!

8-How long does it take for you to make a costume?
It really completely depends on the costume. There are costumes like my Mera that were made in a matter of a couple hours, and then there are costumes like my Black Lantern Wonder Woman that have taken me weeks (and still are not completed to my satisfaction) I find comic costumes generally don’t take me as long to make as say anime or videogame costumes, but that is generally because they are not as detailed.

9-Have you met any of the artists or writers where your costume is based on their work?
I met George Perez while dressed as Donna Troy. I was not wearing original Teen Titans Donna Troy however. I was wearing her black star covered body suit. George stared at me for a moment when I was first talking to him and then said “Yes, I drew a pinup of her in that costume, you’re still one of my girls” and gave me a big hug. He was such a sweet and kind man, and it was certainly an experience I will never forget!

10-Do you buy any toys, busts and etc. based on some of your favorite costumes?
I actually always try to grad a figure of the characters I cosplay when I can. It has sort of become my goal to have one figure of every costume I have done. There have been several convention where I have been running around asking vendors if they have a certain figure that looks like me! 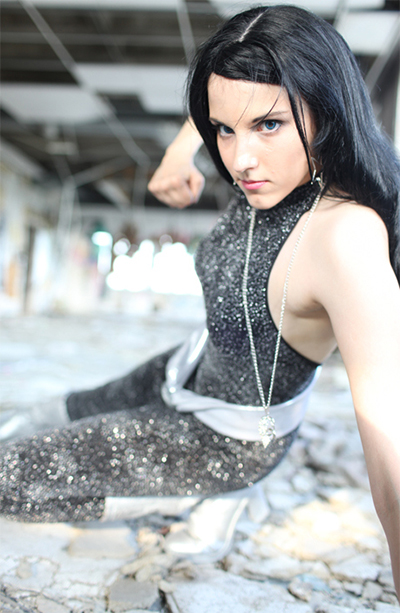 11-So do people know you dress up like a comic book hero on your free time?
Almost everyone I know knows that this is what I do. It has become such a huge part of my life it would be rather hard to hide it now even if I wanted to. But I have always been rather proud of how large of a nerd I am, so tend not to keep it a secret.

12-What is the funniest thing that has happened to you at a convention?
I think it likely would be when I was at a convention dressed as a character called Ruby Gloom, she is not overly well known but I really love the show and I really wanted to make the costume. I knew full well a lot of people wouldn’t know who I was but I didn’t care. When I was walking around the convention centre I did however have a guy come up to me and ask “I know this sounds weird, but are you supposed to be Ronald McDonald’s hot goth daughter?” after being asked that all I could do was laugh.

13-Do kids come up to you and think you are the real life character?
I actually have had that. The very first time I was ever dressed as Wonder Woman I was at a small Toronto Comicon dressed in my Wonder Woman outfit with dress pants and a dress shirt over top. All that was peeking out were the bottoms on my bracers and the corset top with the metal Ws. I was looking at comics and I felt this tiny little pull on the back of my shirt so I turned around to find this itty bitty little girl. I kneeled down to talk to her and she very quietly whispered in my ear “I know you secret identity” so I said back to her “Really? How about we keep this our secret?” and she lit up and said “Okay Wonder Woman!” and gave me a big hug. That was the first time that had ever happened to me and it was one of the most adorable things I had ever experienced in my life.

14-What do you like to do when you’re not costuming, such as other hobbies?
I tend to do a little bit of everything. My other hobbies include hiking, horseback riding, and skydiving. I also tend to do a lot of other craft things like making jewellery and building various things.

15-Do you have a website or a MySpace? So people can contact you?
I do not have a Myspace, however I can be found in a lot of other places such as facebook under the name Lee Scion. I am also on deviant art which can be found here http://the-cosplay-scion.deviantart.com/ and of course my personal website www.cosplayscion.com 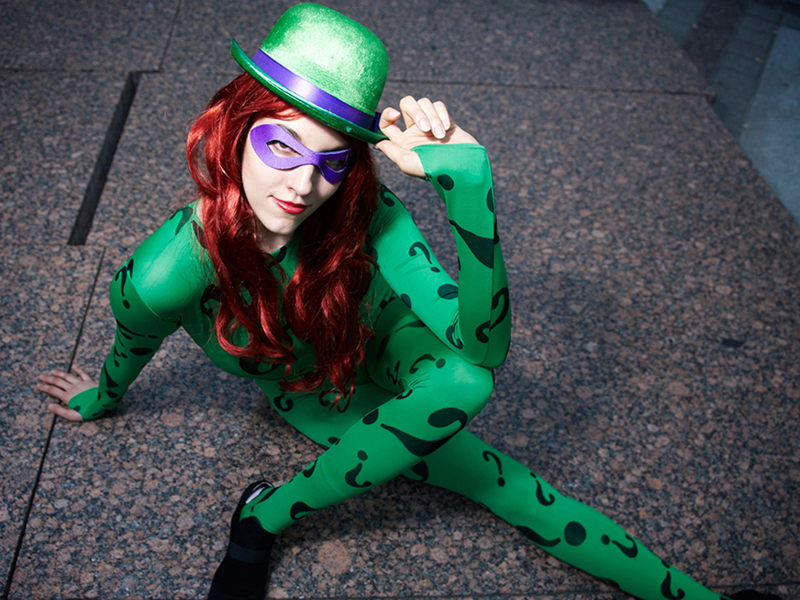