As we enter mid-January and 2011 becomes more and more of a memory, I’d like to close out my look at the most notable releases of the past year so that those who may have missed the following can seek them out, or those who have read these be reminded that they are very worthy of a second (or third) read. So, without further ado let’s begin with… 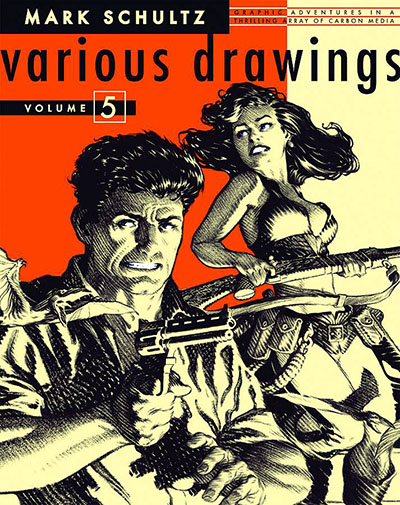 Finding inspiration from the great illustrators and comic artists of the past like Dean Cornwell, Franklin Booth, Wally Wood and Hal Foster, Mark Schultz has earned a name for himself as the greatest draftsman of his generation, a point proved over and over in the incredible art book series Mark Schultz: Various Drawings, the fifth volume of which was released last year.

Produced with great care by Flesk Publications, a forerunner in bringing the art of illustration to its many admirers, this newest edition of the Various Drawings series gives us a wealth of gorgeous art in both pencil and pen and ink, as well as the drybrush technique Schultz has favored in recent years.

With over 50 incredible, imagination heavy images on display, with subjects that can range from dinosaur fueled high fantasy to sci-fi vistas to noir injected pulp, Mark Schultz: Various Drawings Volume 5 proves itself to be the most breathtaking art book of the year.

With images of fantasy more prominent in all areas of today’s media than ever before it becomes more difficult for an artist and his creation to stand apart from the crowd. Fortunately, that has never been an issue for David Pertersen and his series Mouse Guard as the very singular world contained within it is the best that today’s fantasy comics have to offer, a fact confirmed by the currently ongoing series subtitled The Black Axe.

The detail rich, naturalistic world that these characters live within, combined with an ever expanding mythology, make for a completely believable fantasy environment unlike anything else in comics today.

Mouse Guard: The Black Axe, concerning the search for the mythical weapon of the title is a great jumping on point for new readers and comes with my highest possible recommendation. Fantasy fans not yet exposed to Petersen’s grand effort should pick it up today: you will not be disappointed, guaranteed. 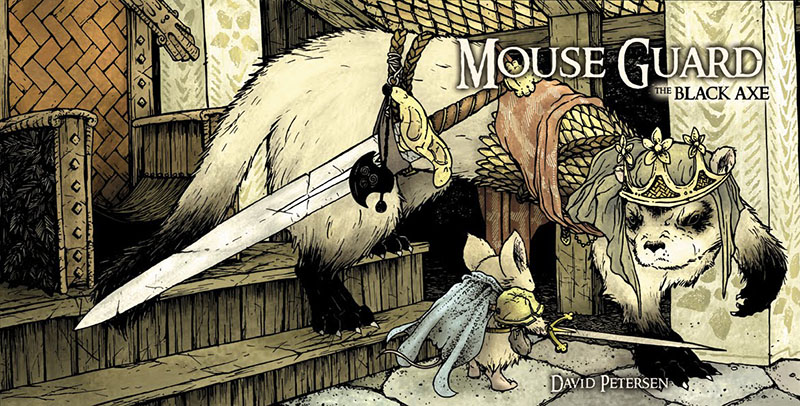 Hellboy: The Sleeping and the Dead by Mike Mignola & Scott Hampton / Dark Horse

Mike Mignola’s has in recent years had some top-notch artists step in to illustrate stories featuring his signature creation, but the best combination seen so far for me was in the two issue mini-series Hellboy: The Sleeping and the Dead featuring the mood drenched art of the great Scott Hampton.

The unbreakable eerie feel of Hampton’s art is a perfect fit to Mignola’s script in which a simple vampire hunt soon catapults into something much more dangerous, both for Hellboy and the BPRD agents unfortunate enough to be in the immediate area. Hellboy’s fight with the manifested spirit of a nursery rhyme spouting dead little girl ranks as one of the flat-out creepiest showdowns he’s had to date.

Between Mignola’s script, Hampton’s art and Dave Stewart’s incredible color work Hellboy: The Sleeping and the Dead is something rare these days: a horror comic that is actually horrifying. 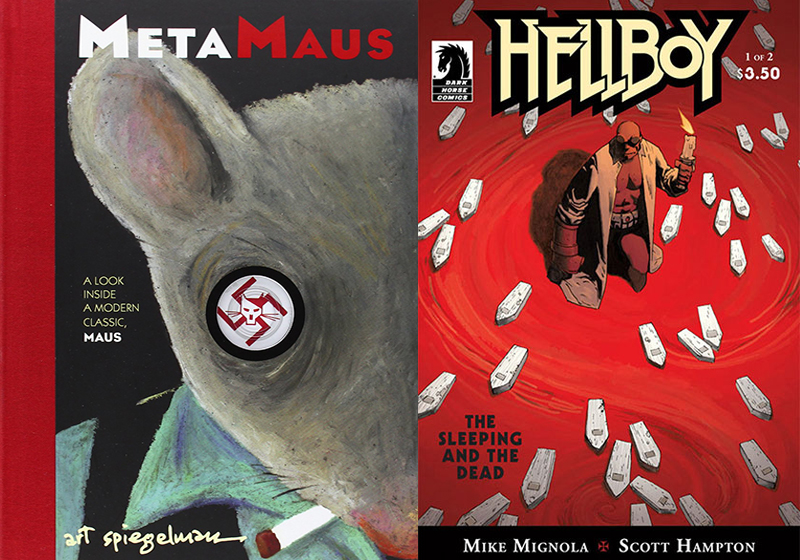 20 years since its completion, Art Spiegelman’s Pulitzer Prize winner Maus remains for many the high water mark of sequential art, regarded as an undisputed masterpiece by comics fans and the literary world at large. Much has been written about Spiegelman’s anthropomorphic autobiographical tale of his father, a concentration camp survivor, but it is not until now with the release of MetaMaus, the most comprehensive look at the creation a work of comic art ever published.

Far beyond a simple “making of”, MetaMaus is an emotionally exhaustive and impeccably designed look at a work of art that has expanded the possibilities of an entire medium. For a great video trailer of the book narrated by Spiegelman himself please click here.

At 300 pages MetaMaus equals in length the very work whose creation it details. True to the utter completeness of this package is the inclusion of a dvd which contains not only audio excerpts of Spiegelman’s conversations with his father which formed the basis of the original book, but the complete Maus graphic novel itself.

Even for those who believe they are well versed in all things regarding Spiegelman and his most acclaimed creation will find a veritable treasure trove of new information here. This alone makes MetaMaus an inseparable addition to the legacy of the book that has brought more respect to the medium of comics than anything else in its history. For me this is unquestionably the best book of 2011.

This wraps up my look at the releases of 2011! It’s impossible to say if the New Year will have anything as unexpected to offer as a Pinocchio or MetaMaus, but I certainly hope so as that would be a great year for reading indeed.