Happy Valentine’s Day! Well, the day before it anyway. It does seem like a good day for horror. I think that it has to do with the fact that if you’re single, then this is a shit holiday. If you’re in a couple, this is a stressful holiday. Either way, there’s a little bit of horror involved. Plus, Valentine’s Day has hearts and hearts pump blood. Scary stuff involved! 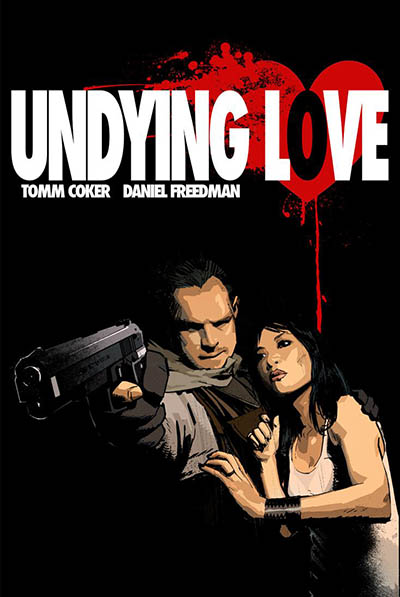 Speaking of blood, this month I am featuring the most romantic of all the monsters (to the mainstream media): VAMPIRES! Personally, I think that any monster can be romanticized. In fact, most of them were born from the romantic era, but that’s a different article for a different time. I digress, vampires have come to symbolize forbidden love. The vampire lives on blood in all mythologies, which is our life force. The parallels to love are obvious. You know, something we can’t live without. Something that keeps us going with the odds against us, and something that makes us warm and wonderful. Yes, I am still talking about blood. It’s also the thing that hurts like hell if we loose too much.

It makes sense that we look to vampires for romantic monsters. They have glamours to seduce us. They put their lips to our necks. Why do I, the horror girl, like them? Because they KILL THINGS! I like that. No sissy vamps for me! Right now, three of the best books on the shelves are vampire books.

It might have come out in trade a few months back, but that doesn’t mean you shouldn’t pick it up if you haven’t already. Undying Love by Tomm Coker and Daniel Freedman has been the subject of rave reviews not only in a previous “Horror on the 13th”, but the rest of ComicImpact and other comic sites. It also provides a very genuine love story between Mei and John Sargent. It shows the lengths that a man will go to save the woman he loves from a curse. I love seeing vampires in this light. Mei is cursed with vampirism and it is treated as such. It is not thought of as something beautiful or desirable. Though she does use it to her advantage on their journey, it is a condition which she wants to be rid of as soon as possible. The Valentine’s tie in is the love story between Mei and John Sargent. He is curing her in the name of love and has to believe that she can get better. Otherwise? Who knows! Go read it and find out!

Love, love, love. I just feel so much love for this book. Not only is it one of my all time favorites, but it’s written by someone I adore. 30 Days of Night by Steve Niles is definitely a love story. The plus side is that, like Undying Love, it’s also a vampire story with killing. Oh, and in case I wasn’t clear, I’m talking about the original series. The one where Barrow, Alaska is invaded by vampires. These are some scary mofos (that’s right, I said it). These vampires slaughter with their mouth full of fangs and crazy claws with super strength. Eben figures out that the only way to beat them is to join them. He becomes a vampire in order to save his town and the woman he loves, Stella. The Omnibus for this storyline and two others (all by Mr. Niles), was released back in October, so it’s another bloody love story to pick up on Valentine’s Day. 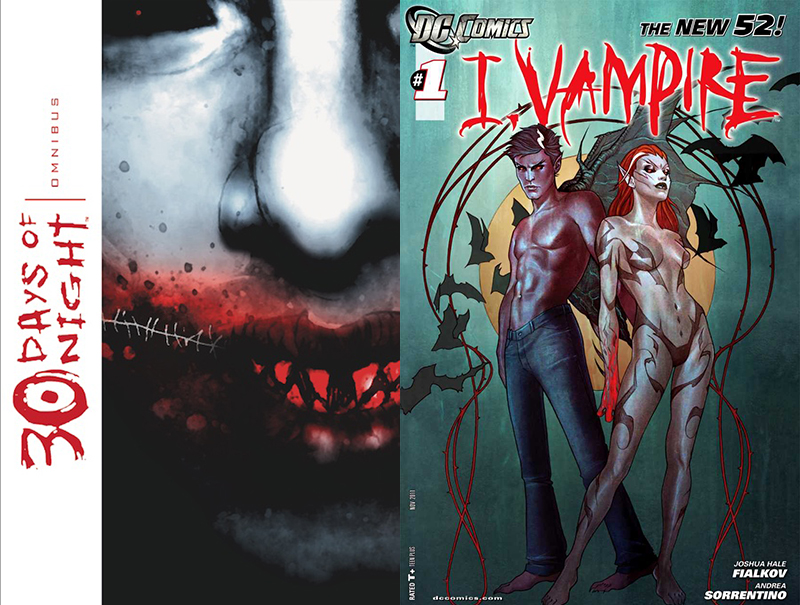 The newest addition to this vampire love comes from the lovely, bearded face of Joshua Hale Fialkov. His I, Vampire presents a new version of the vampire love story. This time, both Andrew and Mary are vampires, but fall on different sides of a political debate. Andrew changed his lover, Mary in order to keep her with him for all eternity. Pretty romantic, right? Not when she goes and founds “The Cult of the Blood Red Moon” which embraces vampiric tradition and thinks vampires will take over the world. It’s kind of a sad story, because Fialkov tells a very rich tale of how they used to love. In some ways, I feel bad for both of them, though Mary seems to repress her feelings in a lot of ways. It sucks that they planned for life one way and nothing turned out the way they thought it would. Now, these two are on opposite sides of a war that she started and he wants to finish. Me? I kinda hope she wins.

Death and blood and love. What more can one ask for on Valentine’s Day? I know, someone to share it with. However, I think vampirism is something that should be shared. Remember that it doesn’t always lead to a happy ending. Eben dies. Andrew and Mary fight. Mei and John are constantly on the run. Maybe vampire stories are about the cynical side of love and relationships as well. Maybe they’re about taking the good with the bad. Maybe I don’t buy it. My views on love are more hopeful than that. I believe in the continuous changing relationship that gets better and stronger over the years. Personally, I prefer to be a werewolf. That’s just me. Happy Valentine’s Day!