Cosplay Girl of the Month: September 2012

One of the features we do here at Comic Impact is the cosplay girl (NO anime, manga, role-playing games just comics) of the month, that’s right hot girls dressing up like your favorite super- hero characters. This month we’re privileged to have Samantha as the Cosplay Girl of the Month. 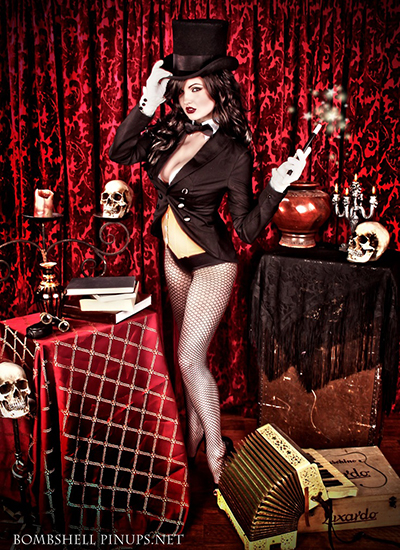 1-What is your name?
Samantha, some call me SamSam

2-How old are you?
28
3-Do you read comics and if so, what are your favorite titles?
I lightly dabble in reading comics. I am hooked on Walking Dead.. it’s not the type of thing I thought I would find myself so interested in, and I am glad it varies a bit from the show, so I do not spoil it. I did enjoy the Gotham City Sirens too.. and Zenescope Grim Fairy Tales are ones I pick up quite often.

4-What is your favorite comic book character?
Batman! He has held a little place in my heart since I was a kid, and my dad would watch reruns of the Adam West TV show when he came home from work.

5-Who are your favorite artists or writers?
My favorite artist is J. Scott Campbell. I love how his women look almost like pixies. I had the chance to meet him once and got a little flustered that he knew who I was!

6-What got you into cosplay?
It was more of a dare. I made a Poison Ivy costume for Halloween, and after than some friends dared me to wear it at a convention. I had enough fun that I kept with it, and realized that putting a costume together is a fun creative outlet for me, and I am now hooked.

7-If you do more than one character which one is your favorite, and if you do only one do you have some ideas for more costumes?
hmm… Poison Ivy, I feel a bit over the top in that one, sexy yet powerful. I also love my Jessica Rabbit costume, but it is not the most comfortable costume.. but it tops my favorite of my photos.

8-How long does it take for you to make a costume?
It takes a few months to complete one. I could do it quicker, but I do it on random down time I have. Sometimes I put it down for a while before picking it up if I get stuck, or loose inspiration, or can not find the piece I am looking for to complete it.

I also often think I have finished a costume, but then find ways to improve it as I go. Zatanna is one that I have made numerous changes to each time I wore it out. I keep finding little details I want to change on it.

9-Have you met any of the artists or writers where your costume is based on their work?
I met Adam Hughes.. he was a very nice fella, and I was dressed as Poison Ivy when I met him. I was floored when he hold me he was impressed by it, and he even drew me a quick sketch of her. J. Scott Campbell was another. I met him when I was dressed as his version of Mary Jane. I was at SDCC, and did not want to wear an intense costume that day. IT was a good choice, he came over to get a photo with me on his own camera! 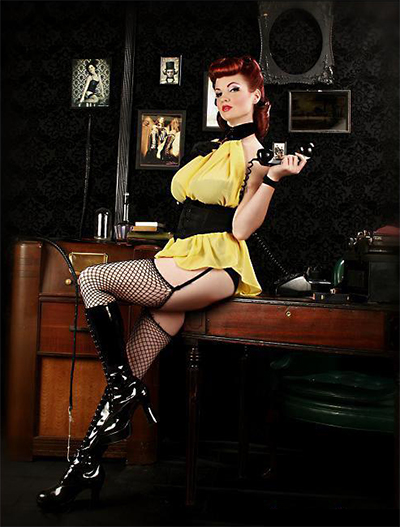 10-Do you buy any toys, busts and etc. based on some of your favorite costumes?
Not much. I am not one to collect things, I do not like having shelves of stuff. It is some type of OCD thing about me. My husband has a room in the house dedicated to his collection though, and I have purchased a few Poison Ivy statues to keep in there. I have some artworks from people I am a fan of, and tee shirts. I am a sucker for a comic tee shirt!

11-So do people know you dress up like a comic book hero on your free time?
Yes, my coworkers, and some of my friends know. They tease me about it, but in a good joking kind of way.

12-What is the funniest thing that has happened to you at a convention?
a man once came up to my husband and gave him a lecture about how he should not let me out of the house, in costume, or at all. It was odd, but funny. I hope his poor wife is not locked in a cage somewhere!

13-Do kids come up to you and think you are the real life character?
Yes! At the last convention I went to, I was mobbed by kids as Catwoman! I group of 6 of them ran up to me and literally pulled my down to their level to get a photo. There was one little girl who kept following me, and each time she found me she would hug my leg. I think it was because I was so shiny! I also get asked to hold babies, which surprises me, and they always just look at me confused.

14-What do you like to do when you’re not costuming, such as other hobbies?
I also dabble in Pinup. I do quite a bit in the realm of retro. But my favorite things to do are just hanging out with friends, having a good time, good conversation, and many laughs.

15-Do you have a website or a facebook? So people can contact you?
yep, I am on the typical social networking sites .. and I do have my own! Feel free to catch me on any of them! 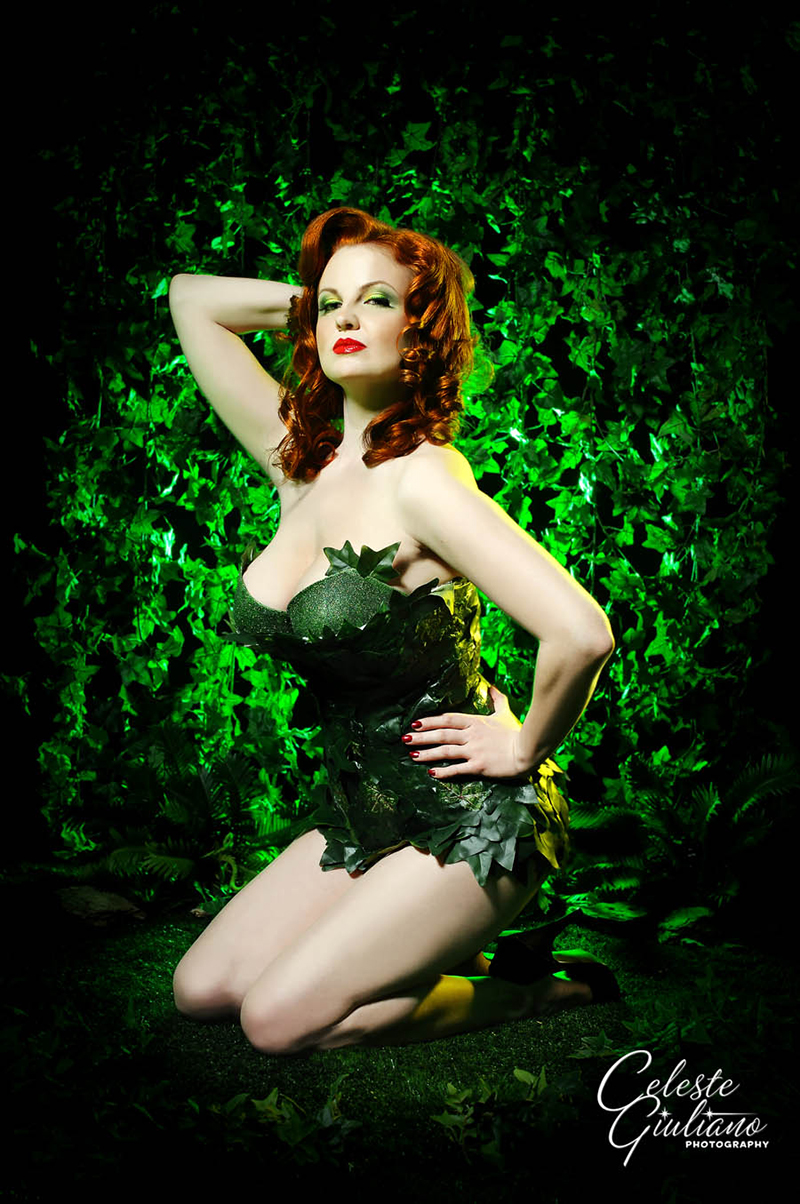