I think it’s safe to consider that Buffy the Vampire Slayer is Joss Whedon’s baby. Even since the cancellation of the show 2003 the world has continued to have new Buffy stories, including the spin off show Angel, and a slew of comic books, video games, and books. I came into the Buffy party late, really late. I didn’t make my way through the series until 2008, way after both Buffy and Angel were off air and both comics series continuing the story after each show’s cancellation were half a year, maybe more, into their runs.

I spent roughly 4 months watching all of Buffy and Angel. I loved these shows. They were fun, a little campy at times, but with the guidance of Joss Whedon there were episodes that left emotional impact to this day. If you’re a fan you know that even mentioning the episode “The Body” will take you back to the first time you saw the episode or remind you of something meaningful. I liked that it didn’t take itself too seriously but at the same time when it needed to be serious it wasn’t afraid to go there. I was excited about the comic book series because I was one of the lucky ones that got to watch the TV shows and not wait all this time to see how the story continued. 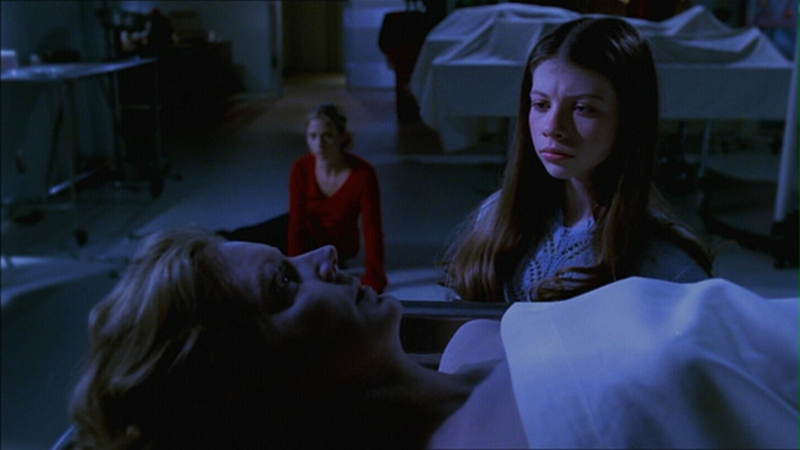 I had just finished watching Angel and was so in love with that series. I liked it more than Buffy, and I loved Buffy. IDW put out the Angel comic, the season six comic, called Angel: After the Fall. I don’t want to creator bash or poop on anyone’s work but to say the least, I was really disappointed with this series and after about a year of reading it and waiting for it to get better and not getting better I had to stop reading. To me, I thought the series did not have the spirit of the show, it didn’t feel like Angel, and the art that accompanied it wasn’t the best.

On the other hand, the debuting season 8 of Buffy the Vampire Slayer was a great success. Whedon did a great job re-establishing all of the characters and setting up an over arcing storyline in the form of the Big Bad, Twilight. The comic book was fun, had the spirit of the TV show. It also helped that Whedon brought in writers that had worked on the show, like Drew Goddard and Jane Espenson, and big names from the comic book world like Brian K. Vaughan and Jeph Loeb. It felt like Buffy, and it was working by doing things that could only be done in comics, the best of both worlds. 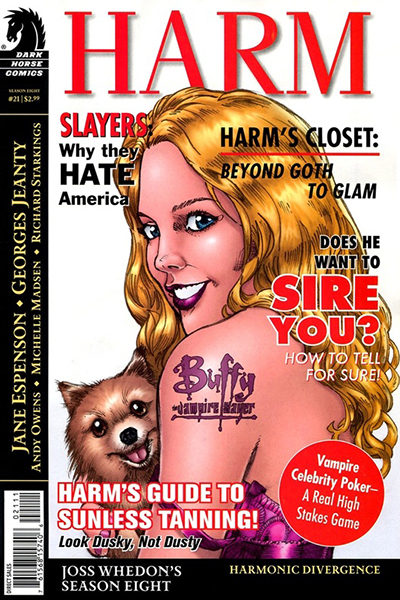 It wasn’t until Whedon and Karl Moline started on the sequel to Whedon’s Fray comic that it started to fall apart in some way. This story arc was hit with delays, it is unknown whether it was Whedon or Moline, but whatever momentum the series had was building had started to slow down. It wasn’t a huge delay but any delay hurts, especially when it was the last part of the story arc. After the Fray/Buffy crossover we had a very fun issue written by Jeph Loeb that showed us what the Buffy Animated Series could have been. In my opinion it was after this that the series started to fall apart for me.

The next five issues were all one shots spotlighting different characters. Conceptually I thought this was a great idea but the way it was executed wasn’t. If the delays didn’t cause the stop in momentum of the overall story that Whedon and company were telling, these 5 issues did. 5 issues in a row, almost half a year of the series spent without forwarding the major story line and staying away from the major characters. To me the worst offense came with the spotlight issue on Harmony because that issue used a major storyline from the Angel comic that was running at IDW. If you didn’t know what was happening in Angel the Harmony issue would have been a confusing comic to read.

As the rest of the series continued to it conclusion it was getting bigger and bigger in scale and story. It had become epic. EPIC! To me it started going against the spirit of the TV show. The reason the show worked so well was because of the limit of money. They had to do the best they could with what they had and it worked. But with comics, there’s no limit except your imagination. Nothing was off limits, no need to worry about CGI and how many vampires could be staked in an episode. It would be the equivalent of giving the show 100 million dollars an episode to do whatever they wanted. So for me, the series went too epic, way too fast and it stopped feeling like a Buffy comic.

I still kept reading the book for my love of the characters and the TV show. There were issues here and there that were really good but nothing that was standing out. It also didn’t help that some of my favorite supporting characters got pushed to the side because of the epic scale of the comic. But the ongoing story of who Twilight was and what his ultimate plan was kept me interested. I remember spending time on message boards speculating on Twilight and giving evidence for and against who was behind the mask. 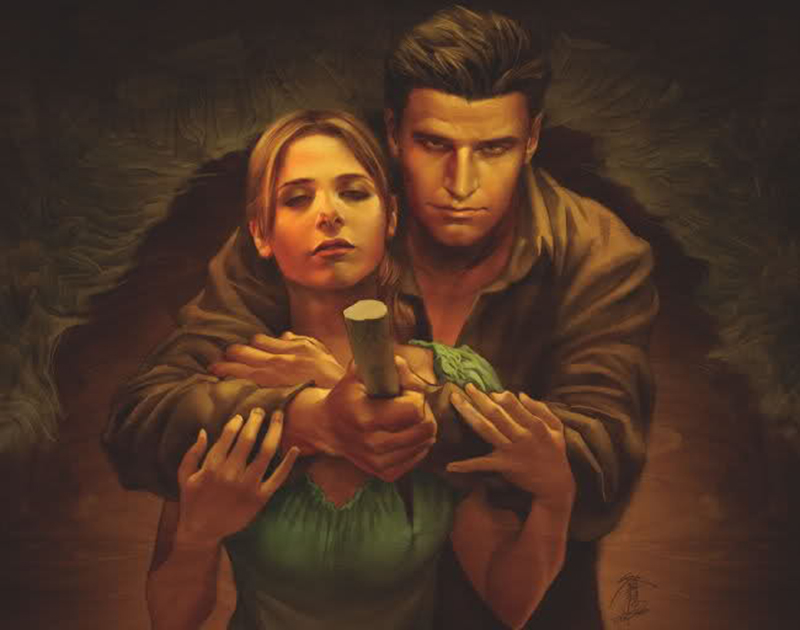 Then the worst thing happened. Dark Horse Comics, who was publishing the season 8 comic, released a press release that outright spoiled who was Twilight. I don’t remember what the exact details was, there might have been a shipping error or someone was about to post insider information and Dark Horse wanted to get ahead of it before more damage was done. I don’t remember because I was extremely pissed off that this happened. The one thing that I had left for reading the comic was taken away, just outright spoiled. I still had to look forward to seeing Twilight’s reason for doing what he did, but the reveal was more important to me.

Overall season 8 was something that Dark Horse, Whedon, and company could learn from if they were going to continue the Buffy Story in comic book form. Though I don’t know how much involved Whedon is since he’s working for Marvel Studios now in a big capacity. So far the current Buffy series, season 9 if you will, has been more focused on Buffy as a character and seeing her growth as she gets older. Meanwhile Dark Horse grabbed the rights to and Angel comic and launched Angel and Faith along with the new Buffy series. Angel and Faith has been a high light for me in comics. Not only does it capture the feel on Angel the TV show, it’s been better than the Buffy comic, and one of the better comics I read every month, definitely one of the top 5 comics I’m currently reading. 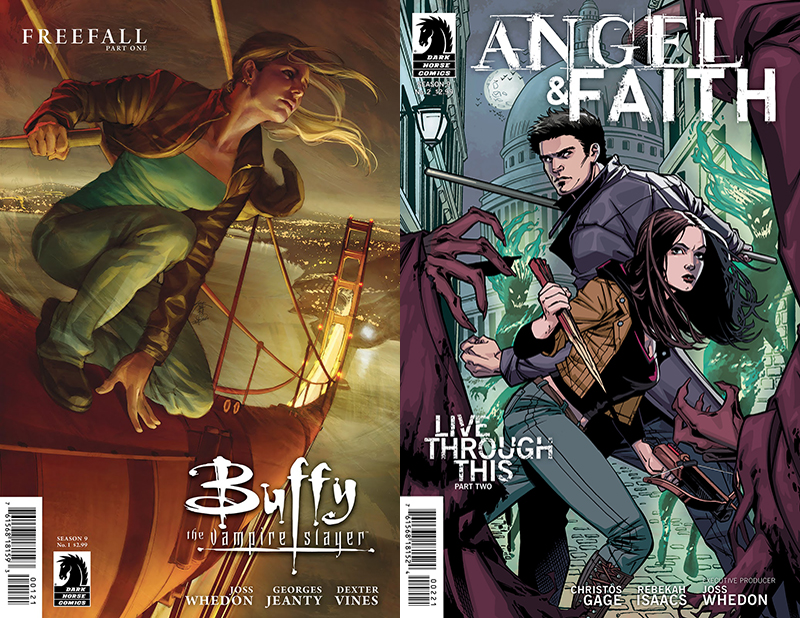 As a fan I plan to reread season 8 in the future because I can do it over a few days and maybe it will read better like that. I think that season 8 was a lesson that needed to be learned so that in continuing the story of Buffy we can get better, focused stories.