Cosplay Girls of the Month: November 2012

One of the features we do here at Comic Impact is the cosplay girl (NO anime, manga, role-playing games just comics) of the month, that’s right hot girls dressing up like your favorite super- hero characters. This month we’re privileged to have Mac Beauvais as the Cosplay Girl of the Month. 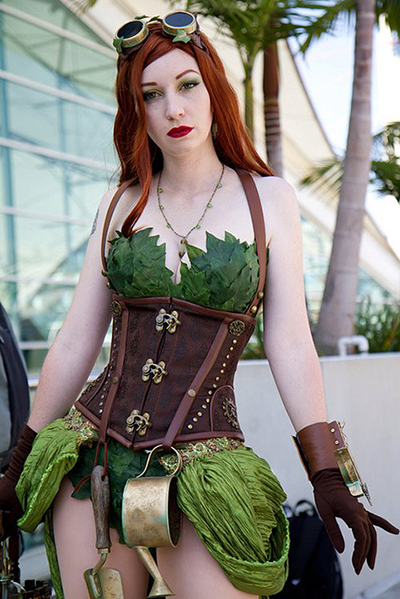 1-What is your name?
Mac Beauvais

3-Do you read comics and if so, what are your favorite titles?
I do read comics. Unfortunately, my favorite title, Gotham City Sirens, is no longer running. Right now I’m really enjoying Aquaman and The Flash. I also read a lot of graphic novels and collections. (I’m knee-deep in No Man’s Land right now.) I do have to admit that I’m quite behind in my reading from being so busy with the convention season.

4-What is your favorite comic book character?
Poison Ivy. No question.

5-Who are your favorite artists or writers?
I’ll read just about anything that Paul Dini and Bruce Timm are involved with. I also really enjoy the work of Jeph Loeb, Tim Sale, Dustin Nguyen, Alex Ross, Adam Hughes and J. Scott Campbell.

6-What got you into cosplay?
A crazy idea one Halloween. I got it in my mind about four or five years ago to dress as Poison Ivy for Halloween. Never being a big fan of off-the-shelf costumes, I set out to make one. One of my good friends (my own personal Catwoman, in fact) wanted to put together a Gotham City Sirens group that following San Diego Comic Con, and invited me in. The rest is history.

7-If you do more than one character which one is your favorite, and if you do only one do you have some ideas for more costumes?
Poison Ivy is undoubtedly my favorite. However, I think the one I’m most proud of in many ways is my gender-swapped Data from Star Trek: The Next Generation because I haven’t seen anyone else do it. I have over a dozen costumes in my collection with many more on the way.

8-How long does it take for you to make a costume?
There really isn’t a one size fits all answer to that. Some costumes take a couple days. Some take a couple weeks. A few more complicated ones can take months. 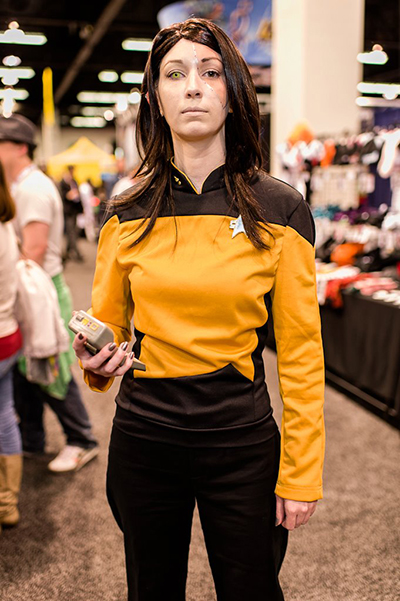 9-Have you met any of the artists or writers where your costume is based on their work?
I haven’t. However, when I was with a Female Furies group several years back, we had several artists and writers from DC asking to take photos with us. That’s one hell of a compliment.

10-Do you buy any toys, busts and etc. based on some of your favorite costumes?
More than I should admit spending the money on. (I’m quite the collector as any visitor to my home knows well.) Right now the character dominating my collection is Poison Ivy, but there’s a good assortment of other favorites such as Black Widow and Black Canary.

11-So do people know you dress up like a comic book hero on your free time?
Many do, but I was kind of quiet about it in the beginning, especially with work associates. In more recent years I’ve been increasingly open about it and have even taken a business meeting on a convention floor while in costume. I figure most people that know even a little bit about me know I’m a big fangirl.

12-What is the funniest thing that has happened to you at a convention?
During this past SDCC, a small kid dressed as Batman came up to our Steampunk DC group. (I portray our Poison Ivy.) He came up and started “attacking” the villains in the group. When he turned like he was going to fight me, I gave him one of my best shrieks. He looked so pleased with himself. It was adorable.

13-Do kids come up to you and think you are the real life character?
I’m not sure if they actually think I’m the character or not, but I’ve had a lot of kids either want a photo with me or be intimidated by whatever character I was at the time. I did sign an autograph as Black Widow for a child at Comikaze.

14-What do you like to do when you’re not costuming, such as other hobbies?
I have always got something going on. I do a decent bit of acting in web projects, I write articles for my personal site and others, I model, I love to play video games, and I’m more than a little bit of a movie-junkie. I’m always looking for new things to do and learn. If I’m not learning, I’m not happy.

15-Do you have a website or a facebook? So people can contact you?
I have one of everything it seems, but here are the best places to find me: 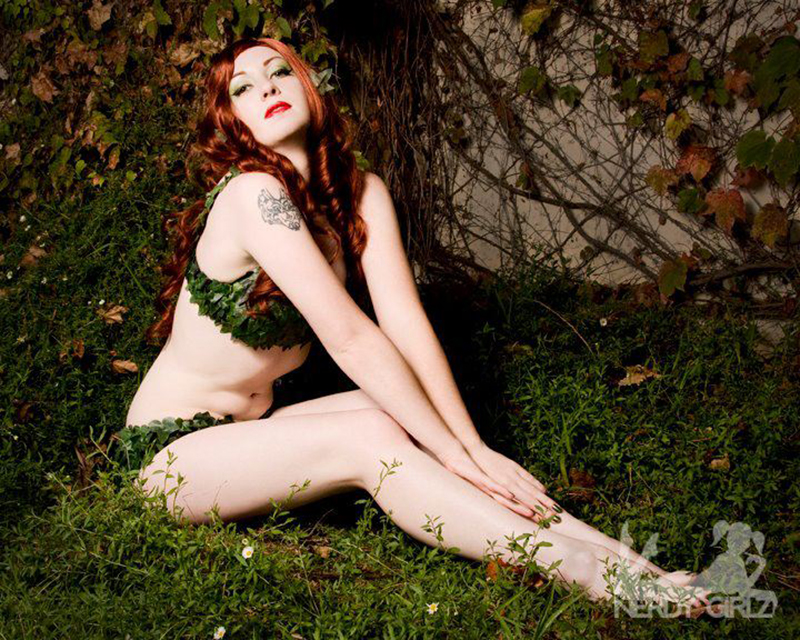