Put Your Armor-round Yer Lady, Unless you Repulsor 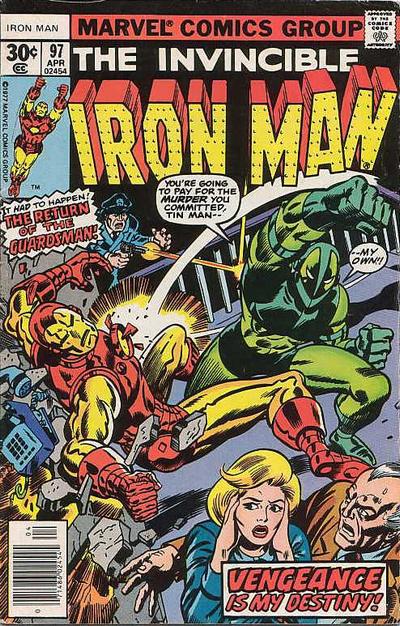 There are comics which make you excited, some you simply endure, and some which even make you tingle in that special way. Then, there are comics which make you think … where you ponder what super powers would mean to a world as complex as ours with all its hopes, dreams and variations of religion, politics and strife. When standard super hero fare becomes a lesson in morality and your humble author provides a rare spoiler, it must be another edition of Comics ‘n Coffee.

This issue of The Invincible Iron Man features a battered and beleaguered Golden Avenger following a senses-shattering battle with the robust robot Ultimo. Iron Man, who secretly is really Tony Stark, barely got through the fight in one piece, and many of those pieces are barely hanging together. As he returns to Stark International accompanied by SHIELD Agent Jasper Sitwell (not the most electrifying of sidekicks), when they approach the industrial complex only to find an angry antagonist has busted up one of Stark’s labs and taken his secretary, Krissy Longfellow, as a hostage. It turns out to be The Guardsman, an armor-clad adversary who is supposed to be dead!

The Guardsman wants only one thing in return for the woman’s safety … Iron Man! Through a series of flashbacks, we learn that the original owner of the Guardsman armor, Kevin O’Brien, died in a madness-induced rampage. Now his brother, Michael O’Brien, dons the gleaming green garb to seek revenge against Iron Man, whom he blames for Kevin’s death. However, what Michael doesn’t realize is that the armor has a nasty side effect; it makes the wearer mentally unstable – even deranged! Thus, he has no misgivings about putting innocent people in harm’s way while battling his opponent.

Stark does his best to calm Michael down and get him to listen to reason, so the combination of Iron Man’s hesitation and the beating his armor took from Ultimo cause him to take more punishment than he can stand. Fortunately, ol’ shellhead and The Guardsman become separated in the fight and Iron Man sneaks away to a hidden lab where he can give his armor a much-needed recharge. Meanwhile, Michael O’Brien returns to his hostage to brag of his success, but ends up explaining his actions to Krissy and disputing accusations such as “you must be mad!”.

Despite the recharge, Iron Man’s armor is still damaged and leaking power, so the battle resumes at a near-standstill. In the course of attempting to murder Stark, Michael begins to question his actions and even his own identity, unsure whether he is himself, his brother or simply The Guardsman! At the end, O’Brien loses consciousness, not by a finishing blow from his rival, but from his own inner turmoil. It is then that Tony Stark shows incredible compassion for a man with a damaged heart (see what I did there?). He realizes that Michael O’Brien, brother of Tony’s good friend Kevin, is “sick, not evil”. Thus, he places the man in Avengers’ Custody where he swears to “do everything in my power to help him!”, which is where this issue ends (but not the story, true believers). 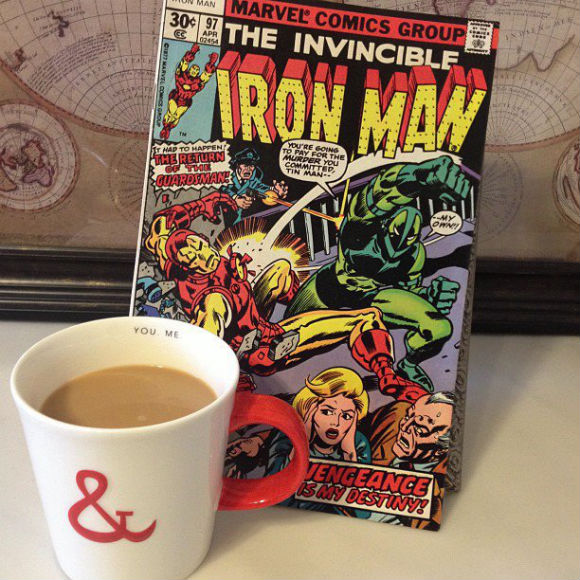 Tony Stark’s words on the final page stuck with me for a while after reading this. If real people acquired super powers or even high-tech armor, would these people easily fall into either the “hero” or “villain” camps? What if someone had both super powers and mental illness, as we saw with The Sentry a few years back? Would every bad guy beat up by heroes be genuinely evil or would some be schizophrenic, or have a substance abuse problem, or maybe even dementia? And what if our heroes took the time to help these people instead of fighting them; would they become productive members of society? And would anybody read that kind of comic book? These questions are yours to answer, my friend, but the fate of The Guardsman, the secret hidden by Krissy Longfellow and the mystery of Iron Man’s missing nose are all revealed in the Mighty Marvel Manner. You’ll have to hunt down these Bronze Age masterpieces, dear reader, so you can learn the answers for yourself! Just make sure you’re stocked up on delicious coffee to complement your reading. Fare Thee Well!