Cosplay Girl of the Month: April 2013

One of the features we do here at Comic Impact is the cosplay girl (NO anime, manga, role-playing games just comics) of the month, that’s right hot girls dressing up like your favorite super- hero characters. This month we’re privileged to have Jennifer Van Damsel as the Cosplay Girl of the Month. 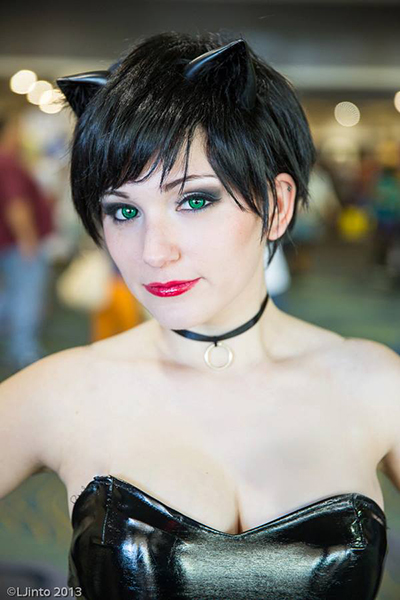 1-What is your name?
Jennifer Van Damsel

2-How old are you?
Old enough to know J

3-Do you read comics and if so, what are your favorite titles?
Yes, I read a lot of comics. Batman is my top pick with All Star Batman and Robin being my favoritest of all time. Currently reading some of the new 52 and Uncanny X-Men, Avenging Spider-man, and uhhh… and that’s not even close to all I’m reading now lol!

4-What is your favorite comic book character?
Batman, no doubt. Second is The Punisher. Apparently, I have a thing for guys with dead families.

5-Who are your favorite artists or writers?
I have too many to name all, but some are… Chris Claremont, Adam Hughes, Jon Hughes, Stanley Lau, Jimmy Palmiotti, Billy Tucci, Jim Lee.

6-What got you into cosplay?
I was going to my first comic convention, and I decided if I’m going, I’m going to “dress up!” This was before I even knew there was a cosplay community. A friend and I cosplayed the whole weekend, and I haven’t stopped since.

7-If you do more than one character which one is your favorite, and if you do only one do you have some ideas for more costumes?
My favorite character I have cosplayed as so far is Magik, but the most fun to cosplay was Red Lantern Laira. But there are a lot of things in the works this year, so that all may change!

8-How long does it take for you to make a costume?
It depends on the intensity of the costume. I made my Wonder Girl in one day, but it took me about two weeks to make my Dr. Strange. Wonder Girl was just a shirt and bracers, where as  Dr. Strange required making a prop, hand embroidery, and much more fabric.

9-Have you met any of the artists or writers where your costume is based on their work?
Not yet. Soon, though, very soon! Don’t want to spoil it for anyone hehe. 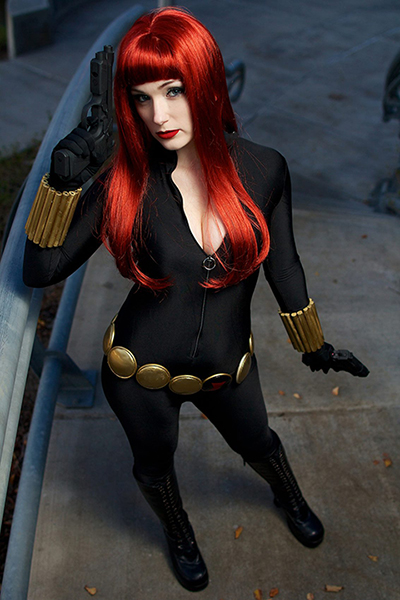 10-Do you buy any toys, busts and etc. based on some of your favorite costumes?
I’ve wanted to, but all of the ones I’ve wanted are very expensive. As soon as I get tired of buying tons and tons of art from shows, I’ll upgrade to statues.

11-So do people know you dress up like a comic book hero on your free time?
Most people. It’s always weird explaining it to someone for the first time, though.

12-What is the funniest thing that has happened to you at a convention?
Oh, gosh. I really can’t say that I have a favorite. At every convention, something really wonderful happens. Dancing in the tesla cage at Comicpalooza last year was a blast. I remember finding videos of it on the internet! In Albuquerque this year, I was talking to Billy Tucci and “another artist,” and Jonah Hex came up. I said how much I loved Jonah Hex; the “other artist” I had been talking to all weekend says, “Hey! I write Jonah Hex!” It was Jimmy Palmiotti! So embarrassing haha. So many good times

13-Do kids come up to you and think you are the real life character?
Yes, and I think it’s one of the best parts of cosplay. I remember one little girl at a Dallas show last year kept calling me “Wonder Woman” all weekend, and when I changed out of the costume, she asked where Wonder Woman went.

14-What do you like to do when you’re not costuming, such as other hobbies?
I read a lot of comics and books, play video games, MMOs, tabletop games, pen and paper RPGs; all that good nerd stuff! 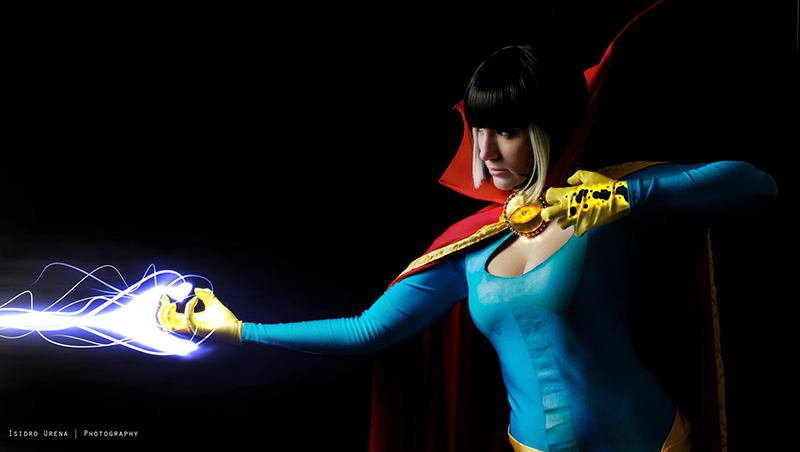