One of the features we do here at Comic Impact is the cosplay girl (NO anime, manga, role-playing games just comics) of the month, that’s right hot girls dressing up like your favorite super- hero characters. This month we’re privileged to have Lindsey aka Bettie Bloodshed as the Cosplay Girl of the Month. 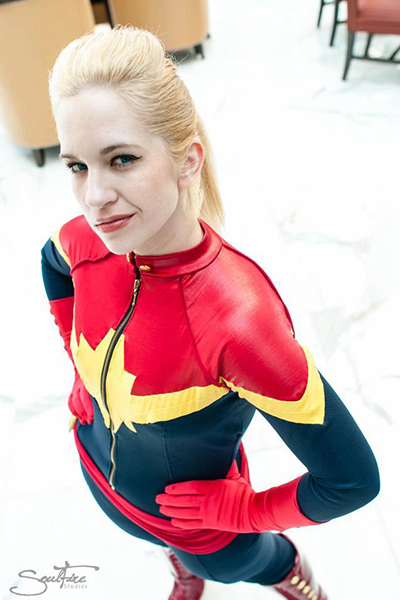 1-What is your name?
Lindsey aka Bettie Bloodshed

2-How old are you?
Above the legal drinking age.

3-Do you read comics and if so, what are your favorite titles?
Captain Marvel, Avengers Assemble, X- Factor, High Crimes, and just about any title that contains Carol Danvers, Thor, or Havok.

4-What is your favorite comic book character?
Carol Danvers, hands down. She’s been my favorite since I was a kid, and is a huge role model to me. Havok (Alex Summers) is a close second.

6-What got you into cosplay?
I’ve always been a bit of a Halloween nut, even as a kid. Dressing up as characters has always been something I love–though it used to only be on Halloween. When I moved to Washington DC, my friends told me about this magical convention called ‘Otakon’. I decided that it was a perfect time to finally start cosplaying–since I knew I’d be around like minded people. I’ve been doing it ever sense.

7-If you do more than one character which one is your favorite, and if you do only one do you have some ideas for more costumes?
Honestly? Captain Marvel. It’s the second outfit of Carol Danvers I’ve done, and while I originally thought I would continue on with her others…something about her Captain Marvel suit just really ‘suits’ me. It’s probably what I’m most known for–and while I love cosplaying a ton of different characters, it’s always going to be my favorite.

8-How long does it take for you to make a costume?
It really depends. I get a *lot* of help from my friends. Some help me by making me pieces (or all) of costumes, or giving me tips and ideas on how to move forward. I try to make at least one costume now for every one I commission–if only to get better at my skills. 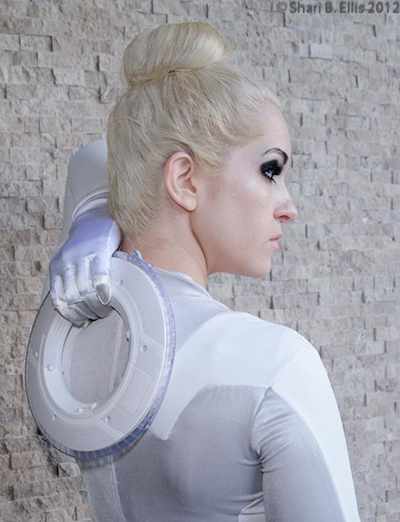 Not yet. I met Fraction when I was in my Earth X Thor cosplay, which he recognized immediately–which was a wonderful, wonderful feeling. I’m really hoping to meet Kelly Sue at the next Emerald City Comic Convention so she can see my Captain Marvel in person–she’s been so supportive of the cosplay community and all the girls who try to portray Carol.

10-Do you buy any toys, busts and etc. based on some of your favorite costumes?
Sadly they haven’t made anything with Captain Marvel yet–they need to get on that!!

11-So do people know you dress up like a comic book hero on your free time?
Yes–my bosses know about it enough to have gotten me a custom marvel cake for my birthday recently!

12-What is the funniest thing that has happened to you at a convention?
I recently cosplayed ‘Disco’ Dazzler–I really wasn’t sure how many people would recognize me…and oh man they sure did. I’ve never had more of a blast with people much older than me remembering their favorite costume that she’s had–and learning from one of them that the creator wishes he could take it back!!

13-Do kids come up to you and think you are the real life character?
Not in any of my comic outfits–but I also do Vanellope Von Schweetz from Wreck it Ralph. A great many little girls and boys have come up to me, and have talked to me as the character. I had one small girl at a convention in Baltimore keep calling out my ‘name’, and talking to me. It was incredibly sweet–and I gave her one of the fake candies out of my hair, as a gift. The rest of the con, I’d see her, sporting that piece in her hair. She made my day–and I like to think I helped make hers.

14-What do you like to do when you’re not costuming, such as other hobbies?
I read a great deal, as well as write. I’m big into working out, and going out to concerts, as well. …I’m also a bit into knife throwing? Seriously–throwing sharp objects is *awesome*. 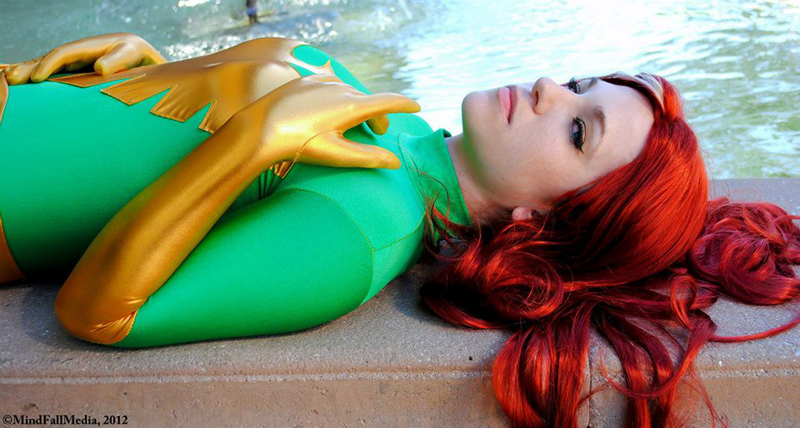