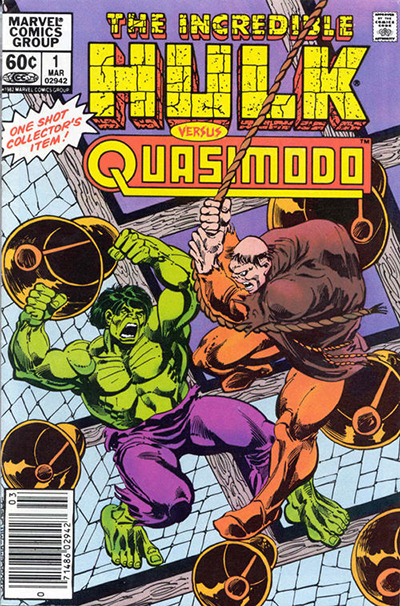 There isn’t much that throws your humble author for a loop these days, dear reader. I’ve savored the subtle scribblings of politicized parody comics and absorbed the mind-bending absurdities of Alan Moore’s most diabolical designs. What put a burr in my britches in this particular case, true believer, is that a comic book forcibly transported my mind through time, altered reality without explanation and failed to live up to my expectations for one of the best writers to ever occupy the Marvel Bullpen. Welcome to another Comics ‘n Coffee, my friend, where I have a book to share…but I’m just as puzzled as you might be once it’s all said and done. Pour up a cup ‘o your favorite breakfast blend, ‘cause we’re gonna give this one a look-over.

In 1982, Stan Lee was finally realizing some of his hard-fought success to bring his super heroes to the screen with Marvel Productions, the fledgling television and film studio subsidiary of Marvel Entertainment Group. Of the studio’s most popular titles, there was Dungeons & Dragons, Spider-Man & His Amazing Friends, Transformers: The Movie and my personal favorite, The Incredible Hulk. Lasting only one season (an absolute and tragic crime in my opinion), the adventures of ol’ greenskin spanned 13 episodes which brought many memorable moments to our tiny screens during Saturday morning cartoons. The fourth of these episodes had The Hulk meeting up with a bruiser from Victor Hugo’s classic literature, The Hunchback of Notre Dame. It was this meeting that prompted the development of a comic book adaptation of the episode, “The Incredible Hulk versus Quasimodo”.

Now, keep in mind that I was unaware of any such connection to the animated show when I read this issue, so the following description demonstrates only a small fraction of how surreal was my experience. Starting on page one, the opening credits clearly list the only writer of the comic as Bill Mantlo – that’s right, the Boisterous One himself – yet the very first captioned line begins “Hi Gang! This is Stan Lee!”, and continues in a similar fashion (quotation marks implying Smilin’ Stan’s narration throughout the entire issue). I’ve read introductions by Stan in a variety of comics written by other authors, but the entire issue is in Stan’s voice, as written by Mantlo (picture my “confused puppy” look at this). We get a quick introduction: Bruce Banner, scientist extraordinaire, and his girlfriend, Betty Ross (which all seems wrong, but I’ll get to that in a moment), have traveled to Paris, France so that Banner can attend a meeting of minds at the Academy of Science.

Betty could swear that she sees a shadowy, hulking figure atop Notre Dame Cathedral, and points it out to Bruce. “Ha!”, he exclaims with incredulity. The silly woman is “starting to see things that aren’t there” because she’s been reading too much fiction on the plane ride to France. Oh, the delirious female imagination! However, Bruce Banner, world-renowned science whiz has important places to be, thus dismissing the woman’s concerns with a hearty guffaw. They rush off the Academy of Science, only for us to turn the page and see how sharp Betty’s eyes really are as we come face-to-page with the grotesque oaf, Quasimodo, leering after the American duo! As we learn that this particular Quasimodo is the great, great, great grandson of the original Hunchback of Notre Dame (which implies a long line of grandmothers with perplexing taste in men), he plots and schemes to steal the secret to Paris’s gold riches – a secret unknowingly held by Betty Ross!

Back to the story in a moment, for I must digress. At this time in Marvel Comics continuity (June 1982 to September 1984, to be precise), The Incredible Hulk was not the mindless monster, or even a rage-filled behemoth in the way we’ve come to know him throughout his career. His alter ego, the calm and reasoning Robert Bruce Banner, had gained control over the gamma-powered monster’s body. While continuing to have adventures albeit without the “Hulk Smash!” elocution, he was romantically involved with a fellow scientist (and undercover agent of SHIELD), Kate Waynesboro. This period followed Banner/Hulk’s presidential pardon, which firmly established him as a member of the “super hero” community, rather than on the “raging monster” roster. All of this was deftly executed by the terrific team of writer Bill Mantlo, penciler Sal Buscema and inkers Joe Sinnott and Gerry Talaoc, two of which just happened to be creating today’s particular showdown between a seething jade giant and his freakish foe. I’m sure you can easily see how your author’s sense of reality was torn asunder when I opened the book expecting a smart Hulk wooing his newest paramour and instead I got a savage Hulk dating Betty Ross. Okay, digression complete, so let’s resume the issue.

Betty is on a secret mission for her father, General “Thunderbolt” Ross, where she is to meet atmidnight with France’s Minister of Finance to combine the key she wears around her neck with his, leading to the gold riches of the entire country. Before Bruce and Betty make way to the Academy of Science, he meets with a fellow scientist who hands him a vial of an experimental formula which has been created to cure Banner of his monstrous alter-ego. Quasimodo – as evil as his legendary ancestor was kind-hearted – kidnaps Betty so that he can acquire (i.e. steal) the gold, thus compensating for his monstrous ugliness by attaining a life of luxury. Bruce follows, confronts the Hunchback, and loses his temper, triggering the transformation where he becomes the mightiest mortal to walk the Earth, The Incredible Hulk! The two battle away throughout the cathedral while Betty tries to find escape from her prison, in which she succeeds by climbing to a high window. 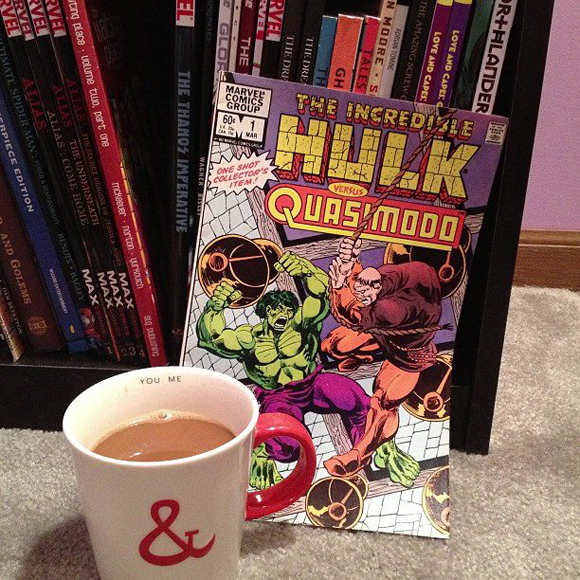 After things calm down, Betty makes her way to her meeting with the Minister of Finance while Quasimodo convinces Dr. Banner (whom, as the Hulk, Quasimodo was so intent on killing a short while earlier) to give him the experimental cure so he can become a normal man. Bruce agrees, but the formula has no effect, sending the Hunchback into a rage, thus spilling over onto the mild-mannered scientist, who then “Hulks out” once more, renewing their battle underneath the streets of Paris. All the meanwhile, Betty and the Minister travel in a subway car which is lined with gold bars under it’s floor tiles to be transferred to the secret subterranean vault where all the nation’s wealth is stored. What neither of them realize however, is that the path of the subway ahead will bring them right into the heat of battle between the two monstrous powerhouses.

Normally, dear reader, I abhor a spoiler, but there is one further criticism I wish to impart concerning this matter. The Hunchback does indeed get his wish and the formula finally takes effect, turning him into a handsome man. It is only after that transformation that he has a change of heart, warning the Hulk of Betty’s impending danger and giving him the opportunity to save her before the train meets a high-speed fiery end. While I enjoy a happy ending for all parties involved as much as the next front-facer, I’m of the opinion that this one was unearned. Quasimodo received his reward regardless of his redemption, whereas I think that he should’ve been cured BECAUSE of his redemption. If he has a change of heart and does the right thing, then he deserves to be rewarded, but in this case he was granted his humanity while still practicing evil.

After reading this comic and preparing my thoughts for you to read, my friend, I decided to dust off my DVDs of The Incredible Hulk and check out the episode where Quasimodo and The Hulk meet up. Well, wouldn’t you know it? They’re practically identical! The narration from Stan Lee, the characters, the plot and even most of the dialogue are taken directly from the cartoon itself. So, while I may have found the work to be uninspired, I cannot lay the blame directly on Boisterous Bill’s doorstep, and neither can I hold Sal Buscema accountable for the lesser artwork, for he had the unfortunate inking of Steve Mitchell to sully his normally magnificent pencils. While there were some differences from the cartoon – such as Betty’s hair color, the action sequences and the fact that Banner’s clothes magically reappear when he turns human on the TV show – it’s basically a comic book adaptation of a single cartoon episode. This wasn’t a great comic book, and it took me a while to make heads or tails out of it, but I’m glad that I did. The entire experience allowed me to travel back to a time of fun stories and Saturday morning cartoons. I wasn’t yet drinking coffee way back then, but I sure was loving my comics. May you have a splendid Memorial Day weekend, true believer! Fare Thee Well!

The Incredible Hulk versus Quasimodo #1 is written by Bill Mantlo, rendered by Sal Buscema and Steve Mitchell and sold for 60¢ in March 1983. Marvel Animation’s “The Incredible Hulk” is a 13-episode, two-disc Region 6 DVD set available exclusively in the United Kingdom from Clear Vision.