One of the features we do here at Comic Impact is the cosplay girl (NO anime, manga, role-playing games just comics) of the month, that’s right hot girls dressing up like your favorite super- hero characters. This month we’re privileged to have  Aigue-Marine as the Cosplay Girl of the Month. 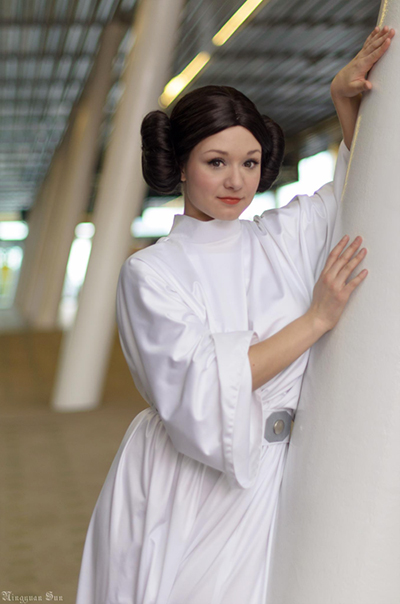 1-What is your name?
Sina – On the internet I’m also known as Aigue-Marine.

3-Do you read comics and if so, what are your favorite titles?
Of course! My favourite titles are Stephanie Brown’s Batgirl run, Batman Hush & Heart of Hush, Marvel’s Journey Into Mystery, American Vampire and the current run of Batman & Robin.

5-Who are your favorite artists or writers?
Art-wise I like Marcus To’s, Francis Manapul’s, Marcio Takara’s and Rafael Albuquerque’s work best. My favourite writers are Bryan Q. Miller and Kieron Gillen.

6-What got you into cosplay?
Natural curiosity and one of my friends, I’d say. It all started almost 9 years ago before a small local convention was about to take place. One of my friends approached me and told me that she would dress up as one of her favourite characters from a video game there. She explained that this certain type of dressing up was called “cosplay” and told me what it was all about.

Since I had always been interested in period plays, music theatre and dressing up I decided to give it a try as well… And as you can see I haven’t stopped since. 😉

7-If you do more than one character which one is your favorite, and if you do only one do you have some ideas for more costumes?
Haha, this question is absolutely impossible to answer, because I love and feel connected with every character I cosplay as. Some of my all-time favourite characters (and costumes) are Stephanie Brown as Batgirl/Spoiler/Robin, Belle from Disney’s The Beauty and the Beast, Princess Leia from Star Wars and Katara from Avatar the Last Airbender.

8-How long does it take for you to make a costume?
It really depends on the costume I’m working on. If it’s something easy like a school uniform, I’m usually able to finish everything in about 2 days. If it’s something more difficult, more detailed, etc. I usually work on it for 1 – 2 weeks.

9-Have you met any of the artists or writers where your costume is based on their work?
I have! At last year’s Kapow! Convention and this year’s London Super Comic Con I was able to meet Kieron Gillen and Doug Braithwaite, writer and character designer of Marvel’s Journey Into Mystery. At London Super Comic Con I also met Lee Garbett, designer of Stephanie Brown’s Batgirl outfit! It was a pleasure to meet them! I mean, is there anything better than receiving positive feedback on a costume from the creator or writer of a comic him/herself?

10-Do you buy any toys, busts and etc. based on some of your favorite costumes?
I wish there were busts of my favourite characters out there! Haha! I tend to fall for characters who aren’t popular enough to be made into toys! 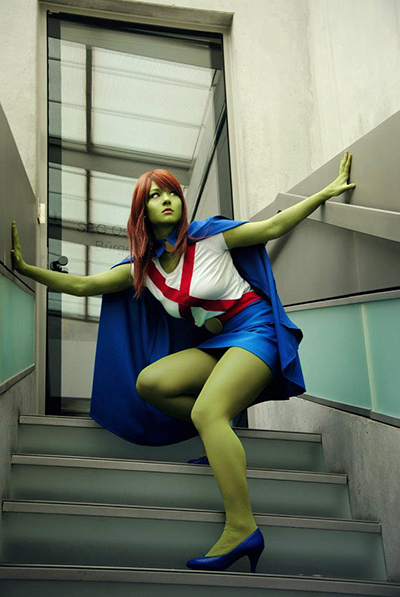 11-So do people know you dress up like a comic book hero on your free time?
Yes, they do. When I was younger I tried to keep it a secret (Cosplay has a rather bad reputation in Germany), but I have given up on that. I show my work openly,  tell people about it and explain them what it is all about. I want to show prejudiced people that being a cosplayer does not necessarily mean you are a total freak. I want to draw attention to the fact that cosplay is creative hobby to be admired – just like drawing, gardening or being able to play the piano.

12-What is the funniest thing that has happened to you at a convention?
I think the funniest thing I ever experienced was meeting Miltos Yeromelou who played Syrio Forel in Game of Thrones. After his signing session at London MCM Expo he was standing next to his booth, just casually talking to fans… My friend and I (dressed up as Daenerys Targaryen) were waiting a couple of meters away searching for our digital camera in our bag when I suddenly heard someone shout: “DANY! HOW ARE THINGS ACROSS THE NARROW SEA?!” And before I had the chance to say anything else he hugged me.

13-Do kids come up to you and think you are the real life character?
Sometimes they do and I love it! Haha! It happens the most often when I’m wearing a Disney costume like Belle from The Beauty and the Beast.

14-What do you like to do when you’re not costuming, such as other hobbies?
Besides costuming I love singing and making music, reading, travelling, learning languages, watching movies, but also hanging out with friends, going to the gym, dancing and clubbing..! I’m a person of various interests. 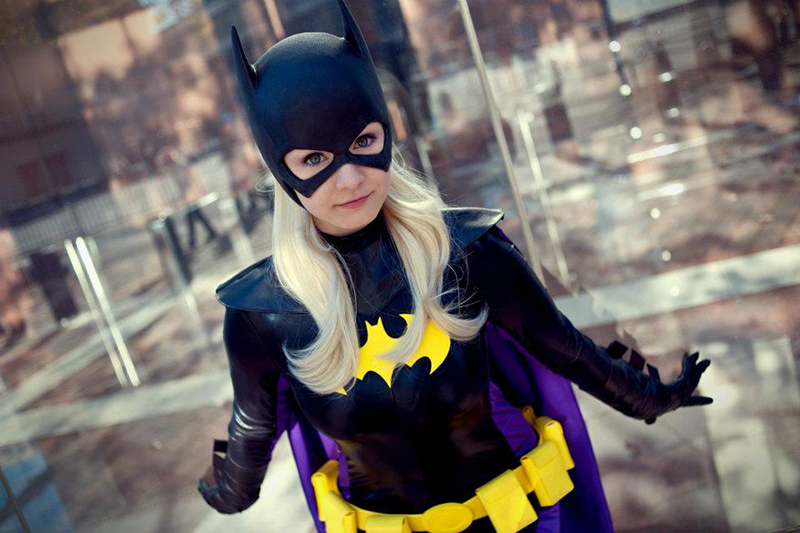