NOT THE COLOR OF THEIR COSTUMES, BUT THE CONTENT OF THEIR CHARACTER
(or… I can haz justice?) 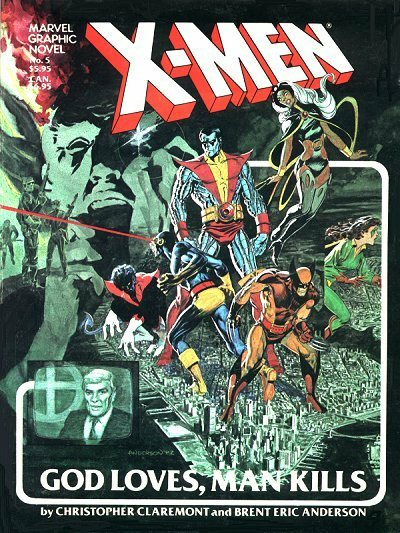 A young man runs. Beads of sweat fall from his dark-skinned brow, and he knows that an armed gunman is not far behind. He doesn’t know why he being pursued, but he darts through this residential neighborhood hoping against hope to make it past the playground and find sanctuary in the woods ahead. He fears not only for himself, but also for his nine year-old sister, and those fears become realized as a shot rips through his thigh, dropping him to the cool grass below. He screams for his sister to run, yet it is too late as the gunman is joined by her cohorts who surround the children. The boy looks his assailant with eyes that burn with fury, determined that his final moments be ones of truth and dignity, not fear. The gunman pulls out a gleaming sidearm and – without hesitation – kills the young boy in front of his sister. The girl feels the life ebb out of her brother and flow red onto her hands. She looks at his killers with innocent, bewildered eyes and asks her final question, “Why?”. Another shot ends her life before the woman holding the gun replies, “Because you have no right to live.”

I have never read X-Men: God Loves, Man Kills before today, dear reader. In addition to being new comic day, last Wednesday brought me face-to-cover with this book at my local comic shop, fulfilling my hopes that the owner of Creative Comics had found me more Bronze Age goodness to scratch my never-ending itch. A scant $3.00 later, I was the proud owner of this book which many comic fans have known and cherished for years. This book was allegedly based on a plot from Jim Shooter and was to be illustrated by Neal Adams, a true legend in the field. However, I genuinely believe that this creative team perfectly captures the mood of the story and is essential to creating an impact on readers ever since it was published in 1982. Following the murders, the children are hoisted up to be hung upon the playground swings and displayed as a message to others: “these are MUTIES and they will not be tolerated to exist”. The feared and hated enemy of the X-Men, Magneto the Master of Magnetism, is too late to save the fledgling mutants, but he will not permit their bodies to be displayed in such a way. He vows to make these humans – those who would kill innocent children in an attempt to prove their superiority – pay for these attrocities.

The story focuses on a man of the cloth – a reverend of some ambiguous Christian denomination – named William Stryker, who delivered his own son from his wife’s womb to find him a disfigured mutant, then killed his wife and son and spent decades building a worldwide evangelical movement. Now, he publicly denounces mutants as inhuman abominations while privately directing his own personal team of “purifiers” to kill mutants. His plan to eliminate the heretical mutants involves the mutant super-hero team called the X-Men, comprised of Cyclops (Scott Summers), Storm (Ororo Munroe), Wolverine (Logan), Colossus (Piotr Rasputin), Ariel (Kitty Pryde), Nightcrawler (Kurt Wagner) and Professor X (Charles Xavier), the latter of whom is the X-Men’s founder, teacher, mentor and benefactor.

Kitty takes a significant role in this X-Men tale, starting its first chapter in a brou-ha-ha with a boy her own age (late teens) at Stevie Hunter’s dance studio. Her hot temper was set off by the boy’s remarks about the “evil muties” (as an X-man, Kitty is a mutant). When Piotr stops the fight, Kitty is none too pleased. She is even less appreciative, however, when the concerned Stevie Hunter tries to calm everyone down, explaining that “They’re only words, child”, Kitty blows a gasket and replies “Supposed he’d called me a ni**er-lover, Stevie?! Would you be so damn tolerant then?!!” (her point that Stevie, a black woman, could possibly be insulted by bigots with such language). Later, the rest of the X-Men gather around a TV to see Professor X take on Rev. Stryker in a nationally televised debate. Even though Stryker freaks out some of the production crew, he seems to win the debate by speaking to people’s fears rather than Professor X’s ideals. Shortly after the program, the professor, Cyclops and Storm are all kidnapped while the “purifiers” fake their deaths in a car explosion.

Wolverine investigates the accident scene, using his heightened mutant senses to realize that his friends’ deaths were faked… and the X-Men are being followed, as well. Confronting their pursuers, the mutants are joined by their arch-nemesis, Magneto, who persuades the X-Men that they share mutual interests in this matter. The heroes and villain combine their efforts and take these purifiers back to the X-Mansion, interrogating him to learn all about Stryker and his plans. In addition to winning over the hearts and minds of the public to hate and fear mutants, he plans to eliminate mutants once and for all by corrupting Professor X through psi-therapy brainwashing, then amplifying his psychic powers to kill every mutant on the planet. All the while this is happening, Kitty Pryde tries to sneak into the trunk of the purifiers’ car (her power is to become intangible) but then spends a half-hour fleeing for her life once they find her.

Once the X-Men come to her rescue, they chase down Stryker’s cronies and rescue Storm and Cyclops, only to learn of Professor X’s brainwashing. It seems as though they are too late in arriving to Madison Square Garden, where Stryker plans on unleashing his plan in front of a sold-out arena and the whole televised world. Spouting holy verses and platitudes, Stryker gives the command to Xavier and the X-Men feel their brains being assaulted by the Professor’s psychic power. As the effect of the attack spreads, mutants outside the stadium begin to keel over in pain, blood streaming from their ears and noses. Inside MSG, even a U.S. Senator’s aide feels the effects of Xavier’s power; he had no idea that he was a mutant. Same with Anne, leader of Stryker’s purifiers, much to her horror and the reverend’s revulsion. He refuses to grant her solace in her moment of great weakness, damning her soul with his words while dooming her life with a push off of a high platform in front of all the cameras. 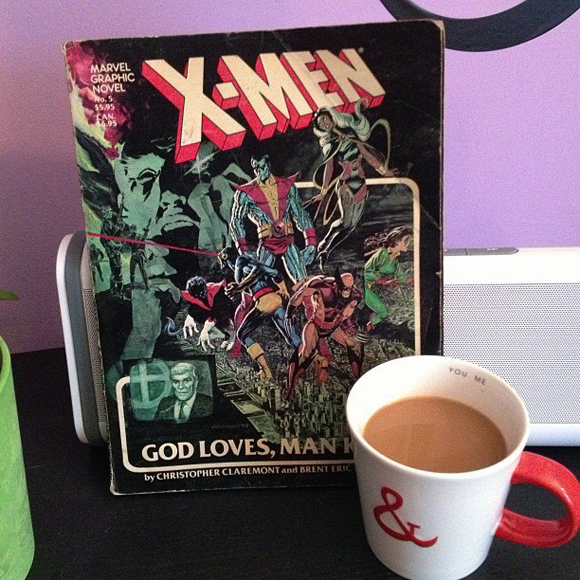 The X-Men use their skills and teamwork to render their mentor unconscious, ending the physical threat to all mutants. Still, they feel a sense of unfinished business in the arena, thus they walk out to face Stryker in front of the entire world. Cyclops takes the lead in countering Stryker’s accusations, making a compelling argument for how mutants are every bit as human as anyone else. The reverend disagrees, so much in fact that he points to the ebony-skinned, elf-like Nightcrawler and specifies him as “inhuman”. Kitty can’t keep quiet any more: “Nightcrawler’s generous and kind and decent! He had every reason to be bitter, every excuse to become as much of a demon inside and out… I hope I can be HALF the person he is. And if I have to choose between caring for my friend and believing in YOUR god, the I choose my friend!”. Stryker can’t tolerate such insolence, so he pulls out his handgun and cocks it, pointing it directly at Kitty’s head. She and the rest of the X-Men stare down the manic evangelist without flinching. Of course, I don’t give spoilers, so I must leave the story there.

This isn’t the first fantasy story to confront the issue of racism. All one must do is look to the early works of classic sci-fi writers like Ray Bradbury or Star Trek’s “Let That Be Your Last Battlefield”. Comics has often been a medium that surprises its readership (and our parents) with serious themes, such as AIDS (The Incredible Hulk #420) and gay marriage (Astonishing X-Men #51), and they usually treat them respectfully. In many cases, they bring ideas to light which reflect current topics and happenings. This graphic novel, however, addresses an issue which seems be sadly neverending. The term “mutie” is hauntingly reminiscent of terms bigots have used as slurs against jews, blacks, muslims, gays and other minorities or oppressed groups. Prejudice and violence have been tools of the oppressors since man first decided that his neighbor was somehow inferior. The use of religion to support such ideas is nearly as old, although in Chistianity, many believe that violence and hate are tools of the Devil and have no place in their divine mission. Overall, the story here is amazing. I completely understand why so many people revere this book. The artwork is delivered in a very cinematic manner, making the reading experience not unlike a movie, except that the pictures move only in your mind! Its always fun to recommend some good reading to you, true believer. Until next time, I wish you peace, love and domination over the homo sapiens. Fare Thee Well!