Cosplay Girl of the Month: August 2013

One of the features we do here at Comic Impact is the cosplay girl (NO anime, manga, role-playing games just comics) of the month, that’s right hot girls dressing up like your favorite super- hero characters. This month we’re privileged to have Babsbat as the Cosplay Girl of the Month. 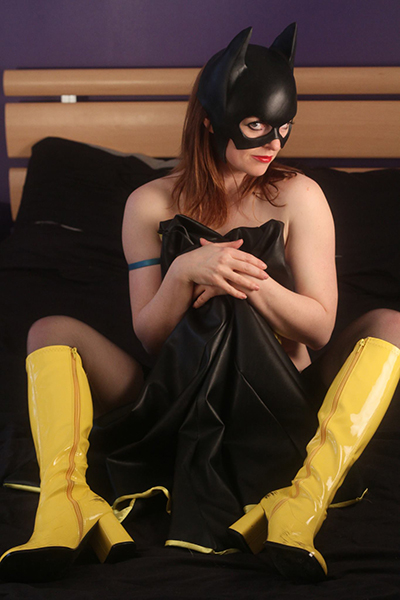 1-What is your name?
Babsbat
Barbara Gordon Aka Claire but I prefer my Superhero name

3-Do you read comics and if so, what are your favorite titles?
Batgirl obviously. Huntress/Powergirl New 52 and Superior Spiderman. Also just started the new Masters of the Universe. I suspect She-Ra will be a costume addition very soon.

4-What is your favorite comic book character?
Barbara’s Batgirl. Has to be Barbara’s though. We’re both red-heads.

5-Who are your favorite artists or writers?
Adam Hughes- my comic Babs is based on his and he official approved me on Twitter. :–) Perez, Townsend and Ross.

6-What got you into cosplay?
Going to Conventions and realising this was a great way to wear spandex and corsets in daylight- lol! Really- was blown away with some of the dedication and craftwork that goes into the costumes and wanted to try. Didn’t realise how much fun it was actually with the ‘play’ in cosplay- I love being the character.

7-If you do more than one character which one is your favorite, and if you only do one do you have some ideas for more costumes?
I do two versions of Babs- comic and also Birds of Prey. The Birds costume is a lot more serious a character when at Cons- and harder to get into and out of with all the corseting and armour.  I have started a Sally Jupiter Silk Spectre but I suspect She-Ra will come first.

8-How long does it take for you to make a costume?
Comic Babs took several months to perfect. The cowl, armour and belt strap was made by facebook.com/herowares- I made the cape, buckle and gauntlets. The lined panelled cape took several attempts to get the correct attachments to the neck piece and to get the lining correct.

9-Have you met any of the artists or writers where your costume is based on their work?
I haven’t met her, but had several exchanges with Gail Simone on Twitter. I geeked out a LOT! Dina Meyer (who was Babs in Birds of Prey series also commented on FB to say my costume was awesome. 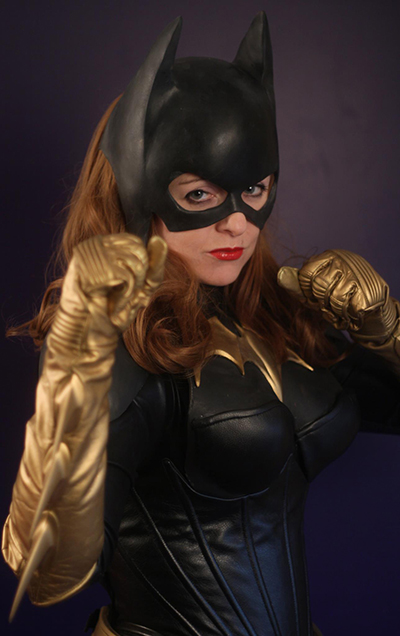 10-Do you buy any toys, busts and etc. based on some of your favorite costumes?
What DON’T I own! I have the Statuettes, busts, Barbies, Wade figures and action figures. I collect Batgirl art and love to get commissions at Cons.  Also my  car has a GC sticker on the back instead of GB. My Tax disk is a Batgirl sign.

11-So do people know you dress up like a comic book hero in your free time?
Most people I know also are dressing up as well! I was an Eseate Agent for 9 years so have swapped the suits and heels for a cape and cowl- couldn’t get much further removed…

12-What is the funniest thing that has happened to you at a convention?
Pinching Dan Slott’s bum. We tweet a lot. I’m like his Pet Bat.

13-Do kids come up to you and think you are the real life character?
I was touched when a little boy about 3 grabbed my leg and wouldn’t let go of his Batlady. Was soo cute.

14-What do you like to do when you’re not costuming, such as other hobbies?
I’m a total gym bunny in my spare time. Kinda have to be to fit into the suit- but I’m trying to get that Superhero look.. authenticity! 7 hrs a week. Now that is dedication to cosplay! Plus I do Body Combat so can kick ass for real. 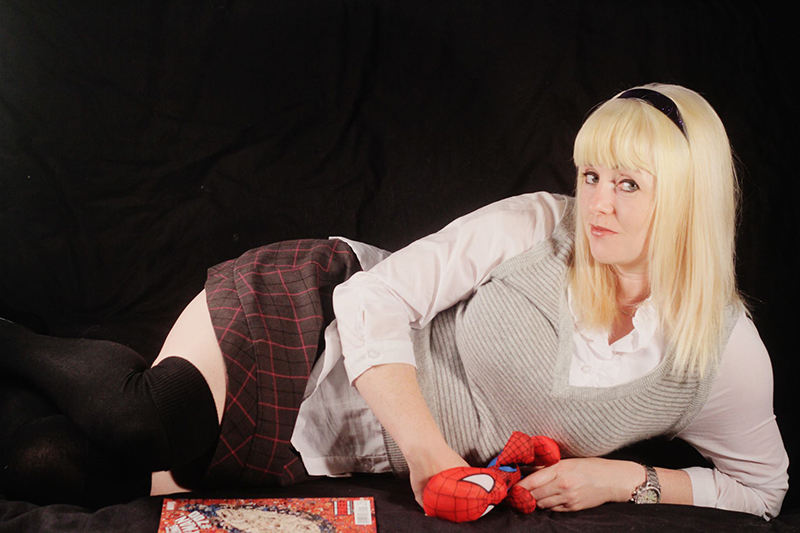